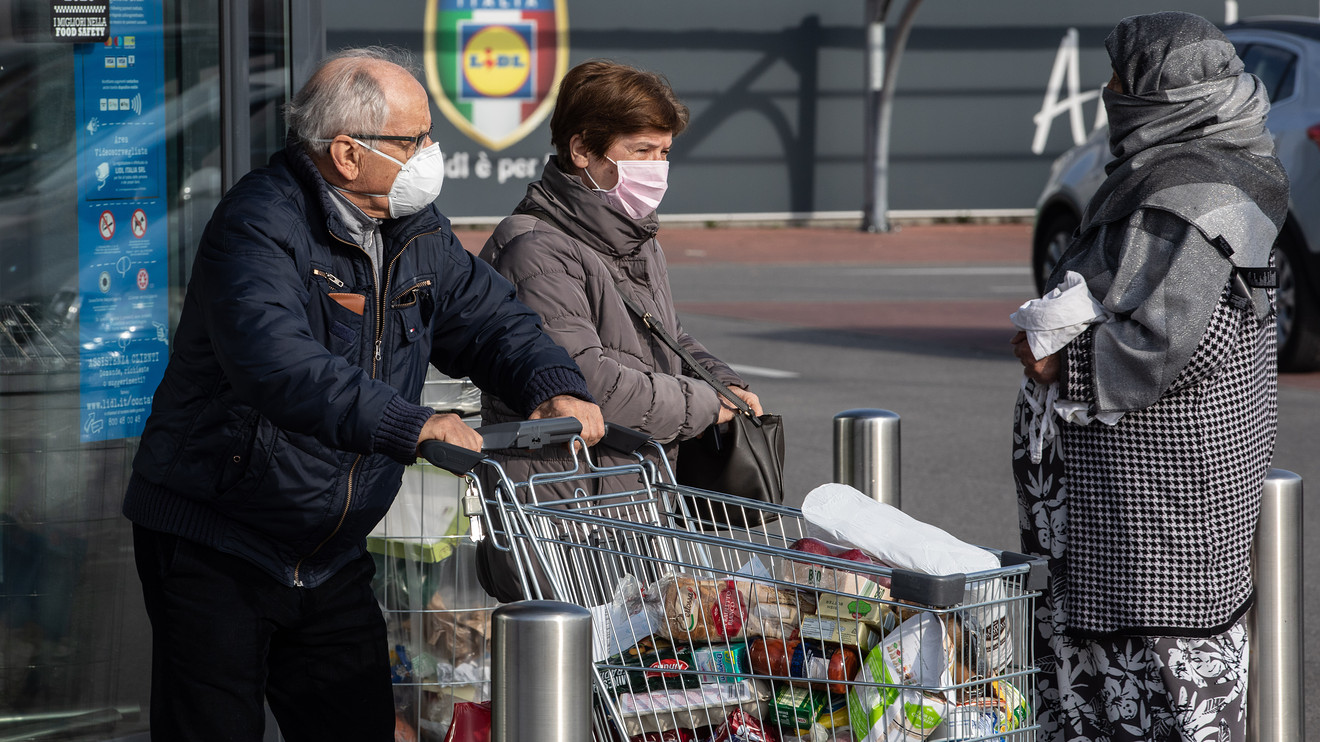 Cities across the United States are closing down schools and nonessential establishments, such as bars and movie theaters, in an attempt to curb the number of coronavirus cases — and avoid the unfortunate situations that have occurred in Italy, China and elsewhere.

The mission is this: Keep as many people at home to avoid spreading the disease, especially considering not everyone shows signs of the coronavirus but could still be carriers, and protect all citizens, especially the most vulnerable, including the elderly and those with heart and lung diseases.

The problem: Some of these countries — the U.S. included — have an aging population, which increases the risks associated with those who come in contact with the coronavirus, also known as COVID-19.

“What you’re now hearing repeatedly is that people over 60 and people who have chronic conditions are most at risk of coronavirus,” said Paul Irving, chairman of the Milken Institute Center for the Future of Aging. “That does create serious concerns for older Americans.”

Italy is currently the hardest hit country in Europe, and has the second highest number of confirmed cases and deaths from the coronavirus, behind China, where the spreading of the infectious disease began in December. The Southern European country just saw its highest number of cases within a 24-hour period over the weekend — an increase of 3,590 cases and 398 deaths, officials said on Sunday.

See: Canceled markets, restaurant curfews and no-double kissing — What Italy is like for this American retiree living abroad

The U.S. is not far behind Italy’s trajectory of coronavirus cases, the U.S. Surgeon General said on Monday. The country now has as many cases as Italy did two weeks ago. “We are at a critical inflection point in our country,” Dr. Jerome Adams said on a segment of “Fox & Friends.”

Data surrounding the deaths linked to the coronavirus are still preliminary, but many news reports have found elderly patients have succumbed to the disease. In the United States, Washington state has seen the most deaths, many of which were linked to an outbreak at a nursing home in Kirkland, Wash. in February. A total of 26 patients at the Life Care Center of Kirkland have died between Feb. 19 and March 13, the center said in an update on Friday, and more than half of its residents had been moved to hospitals. New York City, which just shut the nation’s largest public school system for a month, has had five cases as of Sunday night, including two people in their 50s, two people in their late 70s and one woman in her 80s.

The average age of those who died in Italy was 81, and many suffered from pre-existing health issues, the BBC reported. Of the cases in China, the death rate among those 80 and older was 14.8%, according to a Chinese CCDC report last updated in the middle of February when there were approximately 72,000 confirmed cases. Those between 70 and 79 years old had a death rate of 8%. Comparatively, people in their 20s and 30s each had a death rate of 0.2%, according to Worldometers, which aggregated global reports related to coronavirus.

“There’s a risk to the broader population as well, but we really need to focus on protecting our elders,” Irving said. “The older a disease-sufferer, the higher the risk.”

Italy has one of the oldest populations in the world, with a median age of ~46 years old. Nearly 60% of the population is aged 40+, about 23% of which is over 65 — heightening the population’s risk with regards to the novel #coronavirus currently spreading through #Italy. #aging

Most countries are seeing an uptick in elderly citizens, but Italy’s rate is especially high — it is the country with the third highest elderly population. More than 21% of the population is “elderly,” defined as people 65 and older, according to the Organization for Economic Cooperation and Development. Germany, the country with the sixth highest number of confirmed coronavirus cases, has just slightly more older citizens (21.45% versus Italy’s 21.25%), according to the OECD.

While only 14.50% of the United States’ population is 65 and older, that figure is expected to jump within the next decade. Since the beginning of 2011, about 10,000 people have turned 65 years old each day, and they will continue to do so until 2030, according to nonprofit think tank Pew Research Center. Then, about 18% of the country will be 65 or older.

Also see: Be on the lookout for COVID-19’s hidden cost to older people

There are more than 175,000 confirmed cases of coronavirus around the globe, according to Johns Hopkins Whiting School of Engineering’s Center for Systems Science and Engineering. China has seen about 81,000 confirmed cases, while Italy has had nearly 25,000, followed by Iran with 15,000. More than 6,700 people have died from the coronavirus in the world, a little less than half of which occurred in China and 1,800 of which were in Italy.

The United States has more than 4,000 confirmed cases of the coronavirus, and 69 deaths. Japan, which has the highest ratio of an elderly population at 25%, has only had 825 confirmed cases so far.

It’s important to keep the numbers in perspective, said Richard Jackson, president and founder of the Global Aging Institute. The number of confirmed cases has not yet been determined, considering there is not universal testing of citizens around the world for those with and without symptoms, so mortality rates may appear higher now than they will be when this subsides. As is the case in Italy, having an older population naturally increases the mortality rate, he said.

Federal, state and local responses to the coronavirus, including shutting down large gatherings of people like sporting events, universities and Broadway shows, will be key to slowing down the spread of the virus, Irving said. Critics argue the U.S. should have acted sooner, after seeing how quickly the disease spread in China, and experts say Americans need rapid diagnostic testing. The government is working with the private sector to make those tests more accessible in the coming weeks, Rick Bright, director of the country’s Biomedical Advanced Research and Development Authority, told NPR on Friday.

The Centers for Disease Control and Prevention has recommended all Americans, but especially older people, to stay indoors, stock up on necessary food and medications and reduce contact with others for the foreseeable future. The CDC also strongly urges people to wash their hands with soap and water for 20 seconds, avoid touching their faces and use hand sanitizer with at least 60% alcohol when soap is not available.

PrevPreviousApple Card customers can defer payments amid coronavirus outbreak, Goldman Sachs says
NextBrett Arends's ROI: Coronavirus dispatch from Hong Kong: We’re already through this. Here’s how we did it — and what life looks like on the other sideNext