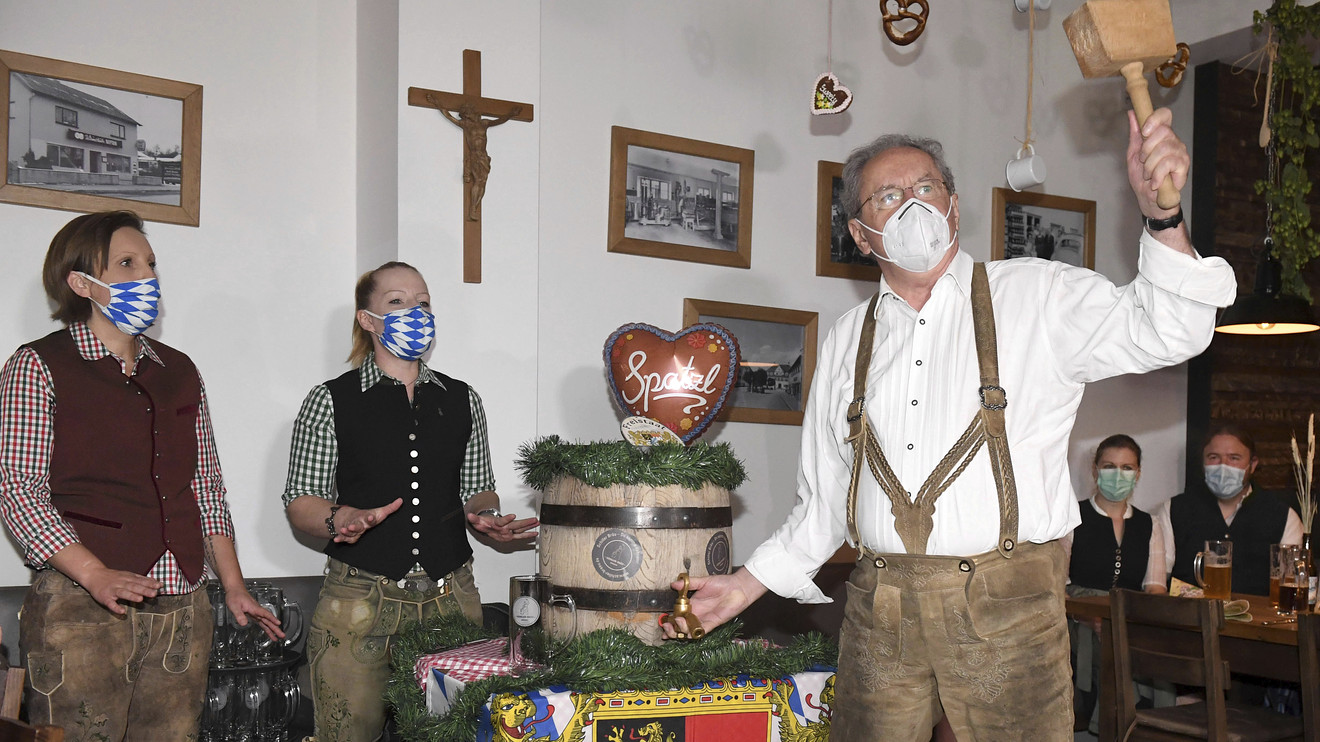 Oktoberfest celebrations got underway Saturday in Munich with the traditional tapping of a keg and the cry of “O’zapft is!” — “It’s tapped!” — but this year’s festival is very non-traditional and highly regulated due to coronavirus concerns.

The official Oktoberfest has been cancelled, so there’s no huge tents full of people or hundreds of stands selling food. Instead, 50 of the southern German city’s beer halls and other establishments are hosting their own, smaller parties that follow guidelines on mask wearing, social distancing and other restrictions.

Former Mayor Christian Ude got the party started, hammering a tap into a 20 liter (5 gallon) keg — a tenth of the size of the Oktoberfest norm — at the Schillerbraeu beer hall while dressed in Bavarian lederhosen leather pants and wearing a protective mask.

Meantime, police patrolled the regular festival grounds to make sure no spontaneous parties broke out.

The loss of Oktoberfest is a huge hit for the Bavarian city, which saw 6.3 million guests flood in last year for the festival’s 186th year. They were served 7.3 million liters (about 15.5 million pints) of beer over 16 days and consumed 124 oxen, among other traditional foods.

‘It’s daunting to think about what the consequences will be.’ With no stimulus deal, much of America’s temporary financial safety net will expire Dec. 31

PrevPreviousCityWatch: In the NYC subways: No fines, no arrests. Instead, ‘mask liaisons’ in blue
NextMutual Funds Weekly: These money and investing tips can keep your stocks and bonds covered in every seasonNext