Associated Press: Elizabeth Warren vows to cancel student debt for 95% of borrowers on her first day in office 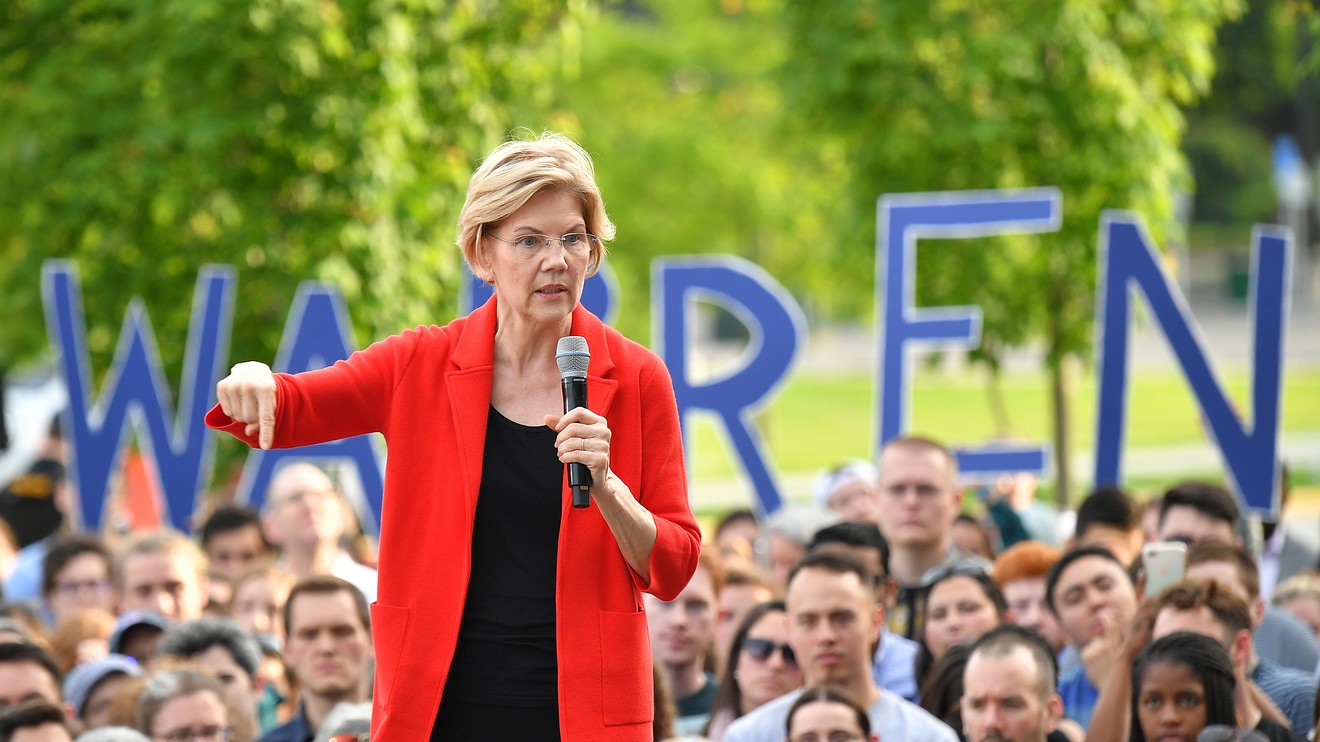 WASHINGTON (AP) — Presidential candidate Elizabeth Warren says she’d order her secretary of education to cancel up to $50,000 in college debt for about 95% of student borrowers on her first day in office, effectively erasing outstanding loans for about 42 million Americans.

The Democratic senator from Massachusetts vowed in a proposal released Tuesday to act immediately and not wait for Congress because the secretary of education already has broad authority to compromise on and modify student loans.

Warren had already promised in previous plans to wipe out student loans for 42 million Americans while offering free tuition at public universities. She’s proposed a wealth tax on fortunes worth $50 million or more to pay for doing so, saying that will raise $2.75 trillion over 10 years.

But those proposals would require congressional approval. Hours before a presidential debate in Iowa, which holds its lead-off caucuses on Feb. 3, Warren said she’d move unilaterally to cancel debt first, then work with Capitol Hill to ensure programs to pay for it become law.

“We’re facing a student debt crisis, and every day counts for families struggling with this burden and for our economy as a whole,” Warren wrote in an online post unveiling her plan.

See also: 5 of the most severe punishments ever given out by major U.S. sports leagues

The senator also wants to reduce backlogs so that qualifying borrowers are able to cancel loans through debt forgiveness plans that are already available. She said that could help an additional nearly 1.75 million borrowers.

And Warren promised that on her first day in office, she’d empower the secretary of education to limit the for-profit college industry and crack down on “predatory” student lending. Noting that black students default on college loans at more than twice the rate of their white counterparts, the senator said she’d order the Education Department’s Office for Civil Rights to investigate the core causes of and help rectify racial disparities in student borrowing.

In announcing Tuesday’s plan, Warren’s campaign released a letter from three experts at the Legal Services Center at Harvard Law School, where Warren was a professor. They examined the authority granted by statute to the secretary of education and found what Warren was proposing to be “a lawful and permissible use of the authority Congress has conferred” on the department.

PrevPreviousThe Number One: People trust Amazon and Google more than the police or the government
NextTaxWatch: A proposed ‘millionaire’s tax’ could make it more expensive to be rich in New JerseyNext