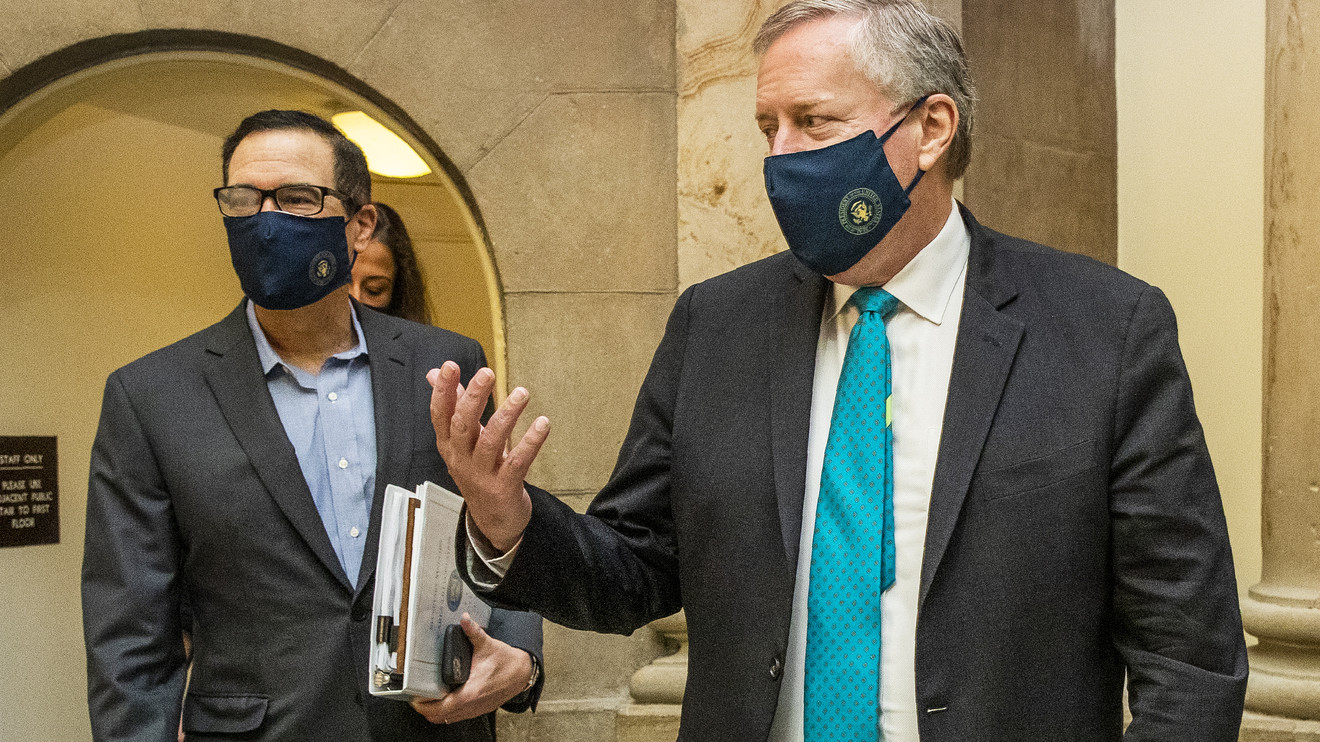 With political pressure rising, talks in Congress on a huge coronavirus relief measure resumed on Saturday, focused on restoring a newly expired $600-per-week supplemental unemployment benefit, a fresh $1,200 direct payment to most Americans, and hundreds of billions of dollars in other aid to states, businesses and the poor.

President Donald Trump is eager for an agreement, but talks so far have not yielded progress. The administration is willing to extend the $600 jobless benefit, at least in the short term, but is balking at other demands of Democratic negotiators like aid for state and local governments, food stamp increases, and assistance to renters and homeowners.

Unemployment insurance is a principal element as the COVID-19 relief bill is expected to grow considerably from a $1 trillion-plus GOP draft released this week.

The $600 per week jobless benefit officially lapsed on Friday and Democrats have made it clear that they will not extend it without securing other relief priorities. Whatever unemployment aid negotiators agree on will be made retroactive — but antiquated state unemployment systems are likely to take weeks to restore the benefits.

“I’m hoping we’ll make progress and I think we will,” Pelosi said as she entered the Capitol.

The two sides had taken their case to the media Friday morning, with Meadows speaking to reporters on short notice at the exact moment Pelosi appeared at her weekly news conference.

The White House on Thursday offered a one-week extension of the $600 weekly unemployment benefit, top Democrats said. Pelosi rejected it, saying the issue needs to be addressed as part of a far more sweeping bill that would deliver aid to state and local governments, help for the poor and funding for schools and colleges to address the pandemic. Without action, the unemployment benefit ran out Friday — and both the House and Senate have left Washington.

“Clearly they did not understand the gravity of the situation,” Pelosi said. A short-term extension only makes sense if the two sides are close to a deal, she added.

“Why don’t we just get the job done?” she asked.

An aide familiar with the talks said Pelosi rejected an administration offer of a four-month extension of the benefit at $400 per week, combined with additional provisions for particularly hard-hit businesses and a shield against lawsuits for businesses, schools and other entities that reopen as the pandemic continues to rage.

Republicans in the Senate had been fighting to trim back the $600 jobless benefit in the next coronavirus package, but their resolve weakened as the expiration of the popular benefit neared. Trump undercut their position by signaling he wants to keep the full $600 benefit for now.

On Friday, Trump took to Twitter to explicitly endorse extending the $600 payment and to criticize top Senate Democrat Chuck Schumer.

“Very disappointed in @SenSchumer for blocking the temporary extension of the $600 unemployment benefits. The Do Nothing Democrats are more interested in playing politics than in helping our deserving people,” Trump tweeted.

Democrats hold a strong negotiating hand — exploiting GOP divisions — and they are expected to deliver a necessary trove of votes.

Both sides say the talks have not produced much progress, but they could be nearing a critical phase over the weekend and into next week. The pending COVID-19 rescue bill, the fifth since the pandemic has struck, is likely the last one before the November election.

Republicans controlling the Senate have kept the relief measure on “pause” in a strategy aimed at reducing its price tag. But as the pandemic has worsened in past weeks — and as fractures inside the GOP have eroded the party’s negotiating position — Republicans displayed some greater flexibility.

Also at issue in the negotiations is an almost $1 trillion Democratic demand for funding for state and local governments, a second $1,200 direct payment to most American adults, more than $100 billion to help schools reopen and a liability shield measure that is essential to Senate Majority Leader Mitch McConnell, R-Ky.

Meadows played a role in killing an increase in food aid during talks on a $2 trillion relief bill in March, but Democrats are pressing hard for a boost in food stamp benefits. Republicans added $20 billion for agribusinesses but nothing for greater food stamp benefits.

“Traditionally we’ve had a partnership between farms and families, and they’ve consistently broken that,” said Sen. Debbie Stabenow of Michigan, the top Democrat on the Senate Agriculture Committee.

PrevPreviousEconomic Preview: Job trouble? Wave of rehiring after economy reopened to fade in July after viral spiral
Next‘Wrong!’ Trump and Fauci clash over the resurgence of COVID-19 cases, shutdown of U.S. economy — and hydroxychloroquineNext