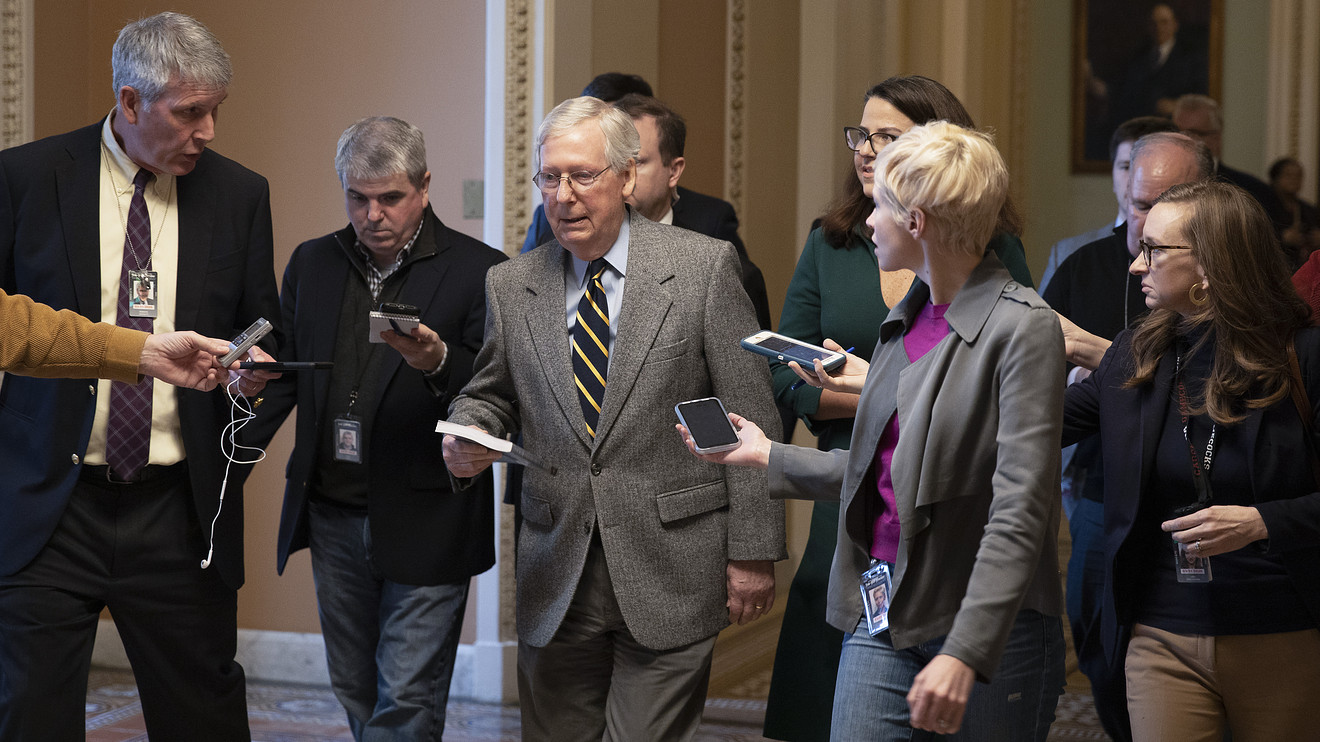 WASHINGTON (AP) — The Treasury Department wants to start issuing direct payments to Americans by early next month as the centerpiece of a $1 trillion plan to stabilize the economy as the coronavirus epidemic threatens a body slam to taxpayers and businesses.

In a memorandum issued Wednesday, Treasury is calling for two $250 billion cash infusions to individuals: A first set of checks issued starting April 6, with a second wave in mid-May. The amounts would depend on income and family size.

The Treasury plan, which requires approval by Congress, also recommends $50 billion to stabilize the airlines, $150 billion to issue loan guarantees to other struggling sectors, and $300 billion to for small businesses. The plan appears to anticipate that many of the loans would not be repaid.

The details are for the third coronavirus response bill that lawmakers hope to pass next week.

It comes as the Senate turned Wednesday to a House-passed coronavirus response bill.

The Treasury outline provides a basis for lawmakers to work from in an unprecedented government response and is likely to be broadened to include additional emergency funding for federal agencies.

The price tag for the upcoming economic package alone promises to exceed Treasury’s $1 trillion request, a rescue plan not seen since the Great Recession. Trump wants checks sent to the public within two weeks — a huge logistical task — and is urging Congress to pass the eye-popping stimulus package in a matter of days. A more realistic timeframe is next week.

As analysts warn the country is surely entering a recession, the government is grappling with an enormous political undertaking with echoes of the 2008 financial crisis.

Wednesday’s legislation would speed the delivery of testing for the virus and provide paid sick leave to workers, but the focus in Washington has already moved to development of a far, far larger response bill that would inject hundreds of billions of dollars into the faltering economy, provide relief to shuttered businesses, and help keep airlines from going under.

At the Capitol on Wednesday, Senate Majority Leader Mitch McConnell prepared his colleagues for unprecedented steps to deal with the epidemic’s body slam to the economy.

“I will not adjourn the Senate until we pass a far bolder package,” McConnell said. “We aren’t leaving until we deliver.”

But first, McConnell said, the Senate will vote on a House-passed package of sick pay, emergency food and free testing, putting it back on track for Trump’s signature — despite Republican objections over the potential impact on small businesses saddled with a new mandate to pay sick leave — subject to reimbursement from the government.

The Trump request also reverses cuts to the Centers for Disease Control and National Institutes of Health that Trump proposed in his February budget for next year and would create a $3 billion fund for unanticipated needs.

Economists doubted that the massive economic rescue package being drafted would enough to stop millions of jobs losses, even if in the short term.

The as-yet-unreleased measure is on a par with $700 billion 2008 bank bailout or the nearly $800 billion 2009 recovery act. The White House proposal aims to provide a massive tax cut for wage-earners, $50 billion for the airline industry and $250 billion for small businesses. But nothing is set in concrete, and all the pressure is for the package to keep growing.

The amount that would be sent out in checks Americans is also not yet decided. The White House said it liked GOP Sen. Mitt Romney’s idea for $1,000 checks, though not necessarily at that sum and not for wealthier people.

Senate Democrats produced their own $750 billion proposal, which includes $400 billion to shore up hospitals and other emergency operations in response to the global pandemic and $350 billion to bolster the safety net with unemployment checks and other aid to Americans.

“The aid has to be workers first,” said Senate Minority Leader Chuck Schumer, not what happened in 2008, when the big banks took precedence. Schumer also said it’s time to call out the National Guard to provide security as communities reel from the crisis.

A roster of America’s big and small industries — airlines, hotels, retailers and even casinos — lined up for hoped-for aid.

For most people, the new coronavirus causes only mild or moderate symptoms, such as fever and cough. For some, especially older adults and people with existing health problems, it can cause more severe illness, including pneumonia.

The vast majority of people recover from the new virus. According to the World Health Organization, people with mild illness recover in about two weeks, while those with more severe illness may take three to six weeks to recover.

Still, health officials are urging Americans to stay home to prevent an onslaught of cases that could overwhelm hospitals as happened in Italy, among the countries hardest hit.

House Speaker Nancy Pelosi, who marshaled the earlier package through a bipartisan vote last week, fielded a call from Mnuchin on Tuesday morning and another from Federal Reserve Chairman Jerome Powell in the afternoon, encouraged by the Fed chairman’s perspective that Congress could think big with interest rates at nearly zero.

In the call with Mnuchin, she and Rep. Peter DeFazio, D-Ore., chairman of the House Transportation committee, “emphasized that protecting workers’ paychecks and benefits was their top priority, and that immediate action was needed,” said Pelosi spokesman Drew Hammill on Twitter.

The debate is sure to revive the sharp divisions over the costly bank bailout and economic recovery of the Obama and Bush eras.

Much about the proposed checks is not known, such as whether the amount would vary by the income of the recipient or whether everyone would get the same sum. Mnuchin said “it’s clear we don’t need to send people who make $1 million a year checks, OK?”

Economists from both parties endorsed mailing checks of at least $1,000 to all American households as the quickest way to offset the sharp slowdown in economic activity.

“We need to pay people to stay at home,” said Heidi Shierholz, a senior policy analyst at the Economic Policy Institute, a liberal think-tank. The group predicted that without a huge stimulus package, the U.S. economy could lose three million jobs by this summer.

Still, some GOP senators were skeptical about the massive aid on the table. “I’m going to be very leery of doing something like in 2008,” said Indiana Republican Sen. Mike Braun.

“Right now, the plan around here is basically to just to start shoveling money out of a helicopter,” said Sen. Ben Sasse, R-Neb. “This is a bad idea. … We don’t need a policy where Washington, D.C., handpicks winners and losers.”

PrevPreviousThe Margin: Does ibuprofen make the coronavirus worse? Is it still safe to take aspirin?
NextCoronavirus can survive up to 3 hours in aerosols and up to 3 days on some surfaces, peer-reviewed study findsNext