Sometimes it’s easy to think that new cars are just too expensive. You may hear that the average new car transaction price is in the mid- to high-$30,000 range and get discouraged at the thought of not being able to afford a new car, but remember that these figures factor in expensive vehicles like luxury cars and fancy trucks. There are still plenty of new cars that start well below the $20,000 mark that are modern, safe and reliable.

Here are the eight most affordable new cars of 2020. The prices listed below include destination charges to give you an idea of the actual, out-the-door price.

The Chevrolet Sonic is a subcompact car that’s roomier and more fun than you might expect. Available as a sedan or a hatchback (with the sedan being more affordable by $800 when optioned with the same trim as the hatchback), the Sonic offers comfortable seats, a good amount of cargo space for such a small car and one of the best infotainment systems in this class. We also like the pep from the Sonic’s standard turbocharged engine and surprisingly sporty handling, which make it a good value in affordable new cars. 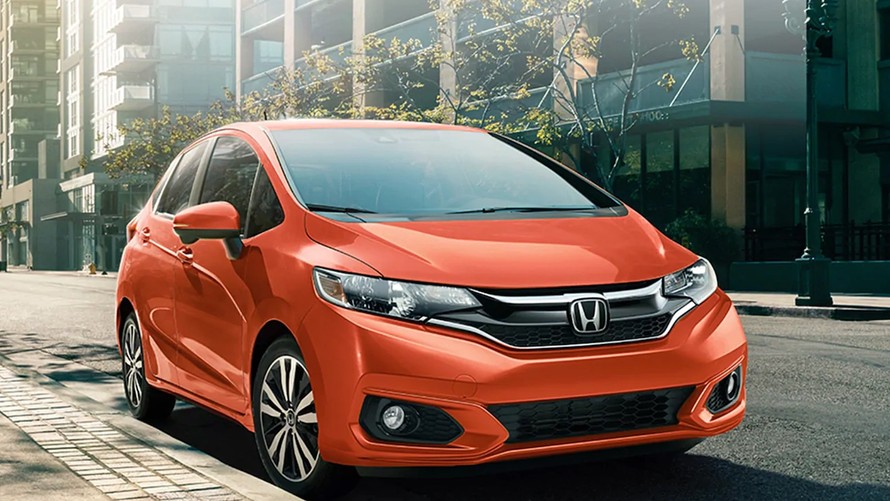 If you’re looking for a lot of room in a little car, then look no further than the Honda HMC, -1.02%   Fit. The Fit is an exercise in space efficiency and clever packaging, which come together in a subcompact hatchback with a shockingly roomy interior. Back seat passengers are treated to plenty of legroom in the Fit, and the interior is flexible, so you can customize it to optimize cargo space, passenger space or some combination of both. Some impressive safety tech becomes available in the upper trims if you have a little more room in your budget.

In decades past, Kia was a bargain-basement brand for folks who couldn’t afford a better Japanese car. However, the Korean brand has really gotten its act together since its American debut and now offers very strong offerings like the Kia Rio. The Rio gets a new engine and transmission for 2020, making it great on gas, as well as a seven-in infotainment system with Android Auto and Apple CarPlay becomes standard on every trim. There’s also a Rio 5-door hatchback available with a starting price about $1,000 higher than the sedan’s.

The Toyota Yaris is technically a Mazda2 wearing a Toyota disguise, but that’s a good thing. The Mazda2 is a solid subcompact that isn’t sold as a Mazda MZDAY, -0.25%   in the U.S. A few things we like about the Yaris are its stylish interior with no shortage of features, its agile handling and its great fuel economy. A hatchback version of the Yaris became available for 2020, but the sedan is the more affordable option. Despite the fact that it wasn’t built by Toyota, TM, -0.05%   you can still count on Toyota-like reliability from this little car.

See: This car could be Toyota’s best-kept secret

The Hyundai Accent is the cousin of the Kia Rio, with the Hyundai HYMTF, +0.00%   version being slightly more affordable. A few differences: The Rio is available as a hatchback, and the Accent is only available as a sedan. The Accent has a standard manual transmission, and Kia no longer offers a manual in the Rio. Another thing to keep in mind is the standard 7-in touchscreen in the Kia, which is optional in the Accent with its standard 5-in unit. Other than that, these are essentially the same car riding on the same platform powered by the same engine.

Also read: The pros and cons of buying a certified used car

The Nissan Versa got a major and long-overdue update for 2020, making it an all-new car. The new Versa speaks Nissan’s new design language, which results in an affordable subcompact that has some attractive visual similarities to bigger, more expensive cars in the Nissan NSANY, -0.50%   lineup, like the Altima and the Maxima. On top of the sharp new look, the new Versa gives you plenty of standard feature content plus a nicer interior than you might expect— all while remaining extremely affordable.

The Mitsubishi Mirage is great if you just want a car to get you from point A to point B that costs less than $15,000 brand new. Further adding to its value proposition is the outstanding fuel economy from its humble 3-cylinder engine. Normally with subcompact cars, the sedan is more affordable than the hatchback, but in the case of the Mirage, the sedan (dubbed the Mirage G4) has a starting price $1,000 higher than the base hatchback. A nice perk of the 2020 model is the newly standard automatic climate control on every trim.

Be sure to read: The best times to buy a new car

The most affordable new car in America for the 2020 model year is the Chevrolet Spark. The Spark is a subcompact hatchback that is a pretty tiny city car, so it’s not great for anyone with frequent back seat passengers. However, despite its small dimensions, it’s a surprisingly comfortable car from the front seats, and it comes well-equipped at the base level with lots of standard features. It’s also a very easy car to maneuver, partly thanks to its short wheelbase, which makes it an ideal city commuter that can squeeze in and out of tight parking spots with ease.

Outside the Box: Thomas Jefferson has a clear message for the Supreme Court about the Constitution and ‘originalism’

Key Words: Feels like a ‘classic October crash’ is on the way, market strategist warns

PrevPreviousNerdWallet: Your 50s are a dangerous decade: Why you need a plan
NextThe Affordable Care Act is more popular now than when Obama was presidentNext