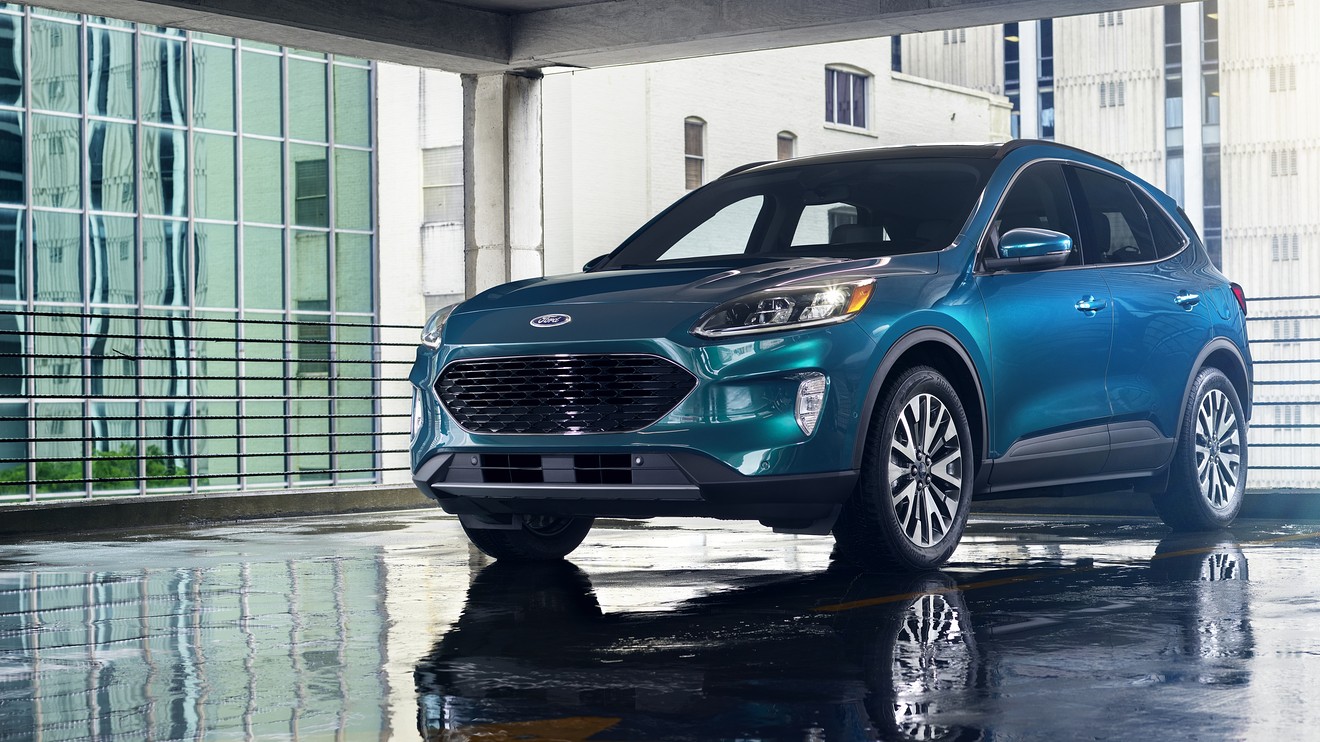 The latest powertrain offering in the recently revamped 2020 Ford F, +2.31% Escape is also its most efficient, rated at an eye-popping 100 mpg. Technically the Ford Escape Plug-in Hybrid earns 100 MPGe, with the last letter signaling “equivalent” by the EPA. That’s the rating the government agency gives vehicles such as this when they use an electrified powertrain.

Related: How to choose trim levels and options when buying a new car

The Ford Escape is all new for 2020, and it already offers a hybrid model along with standard gasoline-only powertrains. The regular 2020 Ford Escape Hybrid earns an impressive 41 mpg combined. But thanks to its larger battery pack, the Ford Escape Plug-in Hybrid trounces that number for a class-leading 100 MPGe.

Like the standard Escape Hybrid, this plug-in model pairs a 2.5-liter 4-cylinder engine with an electric motor good for a total of 200 horsepower. But the larger battery pack means the plug-in model can travel a sizable distance on electricity alone – up to 37 miles. Between the electrification and gasoline engine, the Ford Escape PHEV’s total range is EPA-rated at 530 miles.

The 2020 Ford Escape Plug-in Hybrid is on sale now and available in three trims: SE (starting at $33,040, plus destination fee), SEL ($35,620), and Titanium ($36,435). These prices are several thousand dollars higher than the standard hybrid, but the PHEV also has potential cost savings beyond its enhanced efficiency.

Check out: Dare to compare: The Corvette vs. the Lamborghini Huracán

Plug-in vehicles are eligible for federal tax credits. While the EPA has yet to announce the full tax credit incentive for the 2020 Escape PHEV, a similar sibling, the Ford Fusion Energi sedan, is eligible for a $4,609 credit.

While hybrid SUVs have been around a while – in fact, the original first-gen Escape Hybrid was the world’s first hybrid sport-utility vehicle when it made its debut 15 years ago – plug-in hybrid SUVs relatively new. The Ford Escape PHEV recently went on sale, and what looks to be a formidable competitor is just around the corner.

Also see: These 3 EVs are the lowest cost to own over 5 years

Don’t miss: What it’s like to drive a Tesla Model Y

But plug-in hybrid RAV4 will start several thousand higher than the Ford: $38,100.

In addition to its lower price, the Ford can boast that its 100 MPGe rating is 6 higher than what’s expected of the Toyota. The rivalry should be exciting, and it’s barely even begun.

Also see: This car could be Toyota’s best-kept secret

Already winning are car shoppers, who now live in a world where they can have the utility that comes with an SUV and fuel efficiency once thought impossible.

The First Crypto Currency Auto Finance Company in the U.S.

: Amazon has already had its most profitable year ever, and the holidays are still on the way

: Etsy stock has tripled in 2020 as lapsed shoppers return