Autotrader: The Hyundai Nexo has a range of 380 miles, but is it the car of the future?

If you want to be on the cutting-edge of green technology, look past the electric car to one powered by hydrogen. There are only a few cars on the road that are powered by a hydrogen fuel cell, and only one SUV: The 2020 Hyundai Nexo. Of course, you’ll have to live in California, as it’s the only state with hydrogen refueling stations. But hey, who doesn’t love sun and surf (and smog)?

If you’re not familiar with the principle behind a hydrogen fuel cell, here’s a quick run down on the basics. It’s essentially a metal box with special polymer membranes inside. Hydrogen is passed through these membranes, causing a chemical reaction that creates electricity. This energy then either powers the vehicle’s electric motor or is stored in a battery for later use. 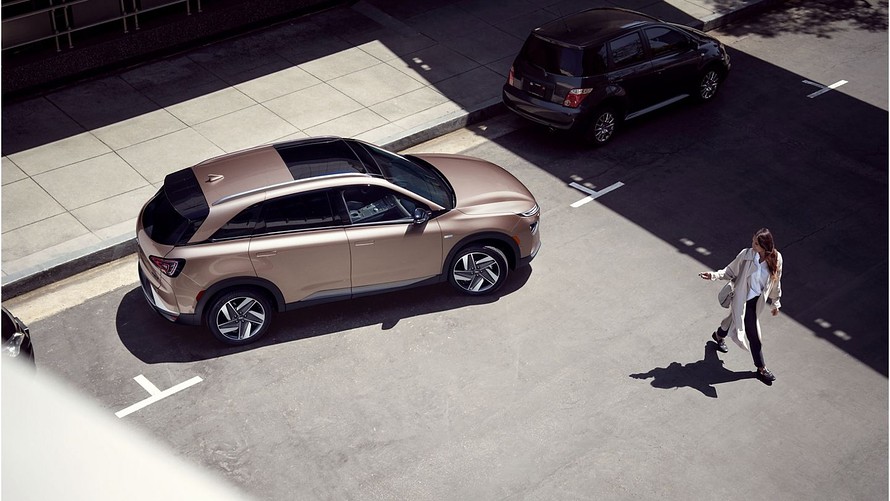 Dimensions-wise, the Nexo is on the generous side of compact, with seating for five. Maximum range is 380 miles, and Hyundai HYMTF, +0.53%   says a full replenishment of the Nexo’s three hydrogen tanks takes just five minutes.

There’s a school of thought that hydrogen is the fuel of the future, but the supply infrastructure is still in its infancy. And even that description could be construed as generous. The plan is to have 59 hydrogen fueling stations in California by 2020, which still isn’t that many.

The Nexo, however, definitely feels like a vehicle of the future. It’s extremely rich with technology, especially in the driver-assistance department. Even the “base” Blue version has active blind spot monitoring with rear cross-traffic alert, adaptive cruise control with stop/go, lane-following assistance and a forward-collision warning system with automatic emergency braking. There’s also a digital driver information display, retracting door handles and driver attention monitoring. The Limited trim has a self-parking feature and a 360-degree camera system.

Some of the materials used were created with ecology in mind, including polyurethane paint based on soybean oil, fabric fashioned from bamboo thread and plastics derived from sugar cane. Even the simulated leather upholstery is vegan-friendly.

Acquiring a new Nexo is not as straightforward as walking into the nearest Hyundai dealership and choosing a color. It’s only available from certain outlets in Los Angeles, Orange County and Northern California.

The state of California offers a rebate up to $5,000. Hyundai will also be providing hydrogen fueling cards valid for the first three years of ownership, worth about $13,000.

At this time, most fuel cell vehicles are leased. Hyundai offers a deal on the entry-level Blue version of $399 a month for 36 months, with $2,999 due at signing.

Electricity from the fuel cell, plus from the regenerative brakes, is stored in a lithium-ion polymer battery.

The Environmental Protection Agency has its own way of working out energy consumption and comparing it with vehicles using internal combustion, called miles per gallon equivalent, or MPGe.

The 2020 Nexo in the entry-level Blue trim is rated at 65 MPGe in the city, 58 MPGe on the highway and 61 MPGe in combined driving. The higher Limited trim is estimated to achieve 59 MPGe city/54 MPGe hwy/57 MPGe combined.

That’s all a bit academic, since range is a more crucial, real-world issue. The Blue model can cover 380 miles, which is better than any other FCEV or all-electric vehicle, while the Limited trim’s range is a still-respectable 354 miles.

Also see: 5 important facts about car insurance no one ever tells you

Cargo space behind the rear seats measures 29.6 cu ft., which increases to 56.5 cu ft. when they’re folded down. For comparison, the Tucson comes with 31 cu ft./61.6 cu ft. But the Nexo has to house three hydrogen tanks, so that’s still impressive.

The National Highway Traffic Safety Administration hasn’t crash-tested the 2020 Nexo. But the Insurance Institute for Highway Safety has, making this the first fuel cell vehicle to be put through that process. The Nexo emerged with the institute’s highest accolade of Top Safety Pick+.

Despite low rolling resistance tires (often found on hybrids and other fuel-efficient vehicles) whose grip and ride quality isn’t typically as good as conventional rubber, the Nexo handles tidily.

Locating the battery low in the vehicle means the center of gravity is similarly near the ground for optimum stability. Hyundai has also fitted a multilink rear suspension instead of some less expensive, less sophisticated setup.

Also on MarketWatch: 8 affordable new cars that get at least 40 mpg

For zipping around town and reaching freeway pace without stress, the Nexo’s power output is more than fine. It’s just not as muscular at higher speeds.

Other cars to consider

2020 Honda Clarity FCFV: This midsize sedan has a range of 360 miles. The interior is pleasantly upscale, almost at a luxury car level.

2020 Toyota Mirai: Can run for 312 miles between refills. This is a compact sedan.

Make sure you live or work near a hydrogen filling station, and that your personal transport requirements can be sufficiently well served by a fuel cell vehicle.