Black people are up to 6 times more likely to be killed by police, Harvard study says 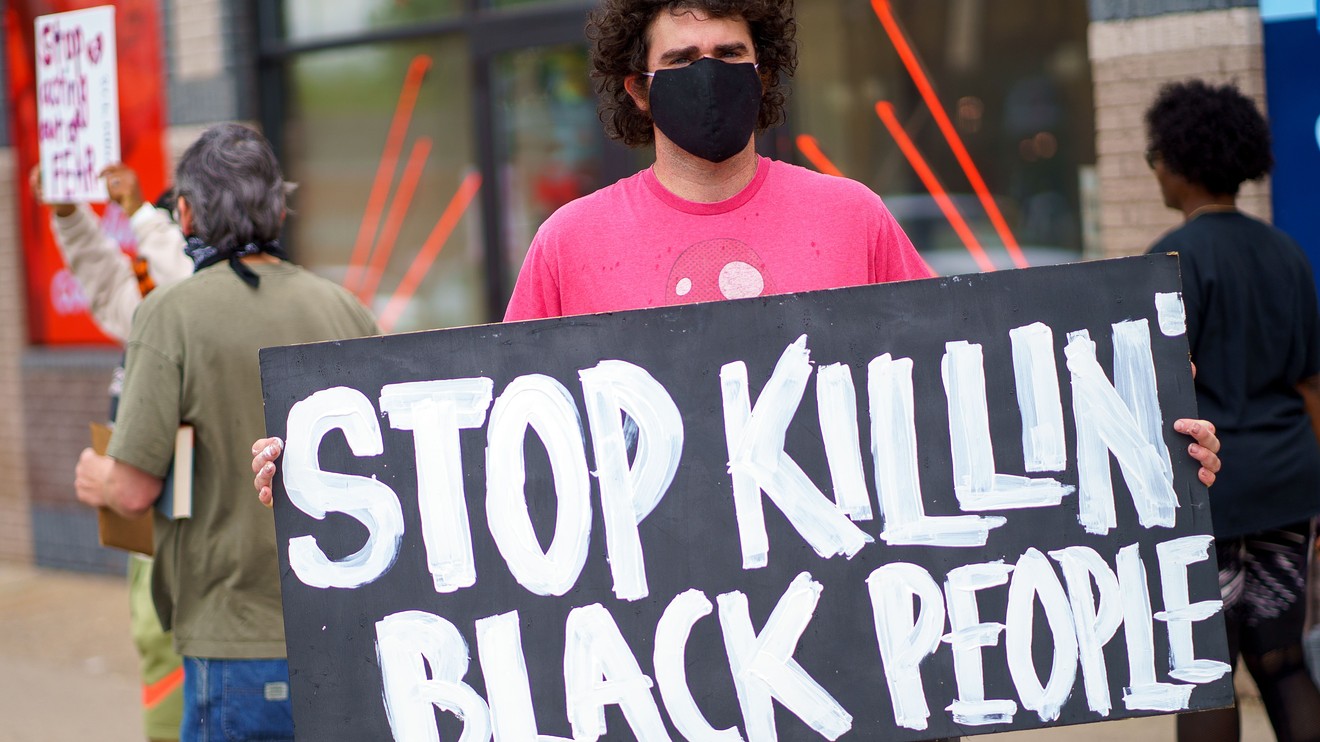 Findings from a new study by Harvard researchers underscore the concerns of protesters calling for racial justice and an end to police violence.

Black people are three times more likely on average than white people to be killed during police contact, and the rate varies widely by geographic location, according to peer-reviewed research published this week in the journal PLOS One. The authors, Gabriel Schwartz and Jaquelyn Jahn of the Harvard T.H. Chan School of Public Health, examined racial and ethnic inequities in fatal police violence across 382 U.S. metropolitan statistical areas between 2013 and 2017.

Disparities also emerged for Latinx and white incidence rates of fatal police encounters in certain areas, though the paper urged caution due to the results’ “lower statistical precision.”

“ ‘Monitoring these incidence rates and their racial/ethnic inequities allows public officials and the communities they represent to track the severity of the problem, devise preventive policies, and evaluate their efficacy.’ ”

Overall, the authors said they found “wide geographic variation in the incidence of fatal police violence across the U.S.” The Black Lives Matter movement has prompted new attention to police killings “as an urgent public health and racial justice problem” over the past several years, they added.

“Monitoring these incidence rates and their racial/ethnic inequities allows public officials and the communities they represent to track the severity of the problem, devise preventive policies, and evaluate their efficacy,” they wrote. “These monitoring efforts also have implications for racial/ethnic inequities in mental health and other health outcomes that are affected by stress from violence by state-sanctioned actors and law enforcement officer impunity.”

The authors noted that “no national, publicly-funded data system has accurately tracked the number of people who die during contact with police.” They analyzed 5,494 police-related fatalities using data from Fatal Encounters, a national citizen-science database of people killed in interactions with law enforcement.

Causes of death included gunshot wounds (94.2%); tasering (3.4%); asphyxiation, bludgeoning or pepper-spraying (1.7%); and other causes (0.7%). The study excluded some 1,670 cases reported to be suicides, accidents or vehicular collisions from the sample, and also left out 547 deaths that lacked race or ethnicity data from the racial-inequity analysis.

The authors cautioned that the neighborhood context, and not just variation across metropolitan statistical areas, might be important to understanding geographic differences in fatal police violence. Race and ethnicity were not self-reported and thus had the potential to be misclassified by police or media outlets, they added; causes of death could also be misclassified.

The study, published in the midst of widespread unrest and course correction on racial inequality in the U.S., adds to a body of literature showing significant racial disparities in policing. One 2019 study in the Proceedings of the National Academy of Sciences, for example, concluded that “young men of color face exceptionally high risk of being killed by police.”

Congressional Democrats and Republicans have proposed contrasting approaches to police reform in response to the protests over killings of unarmed Black Americans, though the two parties hit an impasse Wednesday. Meanwhile, a Washington Post/Ipsos poll released Thursday found that 93% of Black Americans considered police treatment of Black Americans to be an important issue in their vote for president, and 92% of Black American registered voters favored presumptive Democratic nominee Joe Biden.