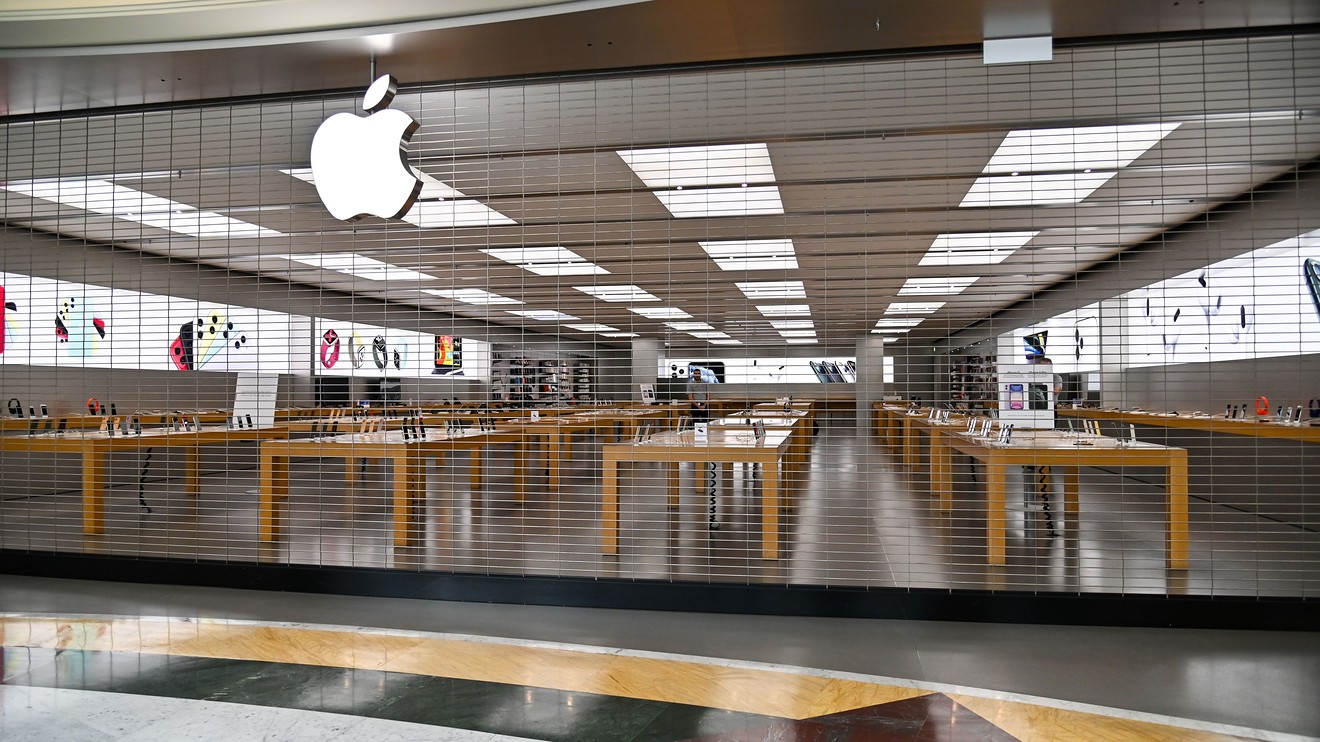 This is a terrifying, white-knuckle moment for anyone saving for their retirement. The COVID-19 crisis has sent portfolios crashing through the floor with a dizzying speed that parallels the worst moments of the 2008 crisis, the 1987 plunge and even the crash of 1929.

The carnage has been across almost most investments, from large U.S. company stocks, to small-caps, to international and emerging market stocks to high-yielding bonds.

President Trump has touted Friday’s huge rally, but it has only taken a small chunk out of the losses. The rally came as the president declared a national emergency and promised stepped up efforts to combat it, as well as promising national oil purchases that might stabilize plummeting prices.

It came before the weekend’s news that Apple AAPL, -7.63%  will close all its stores outside China until March 27, a move that may be followed by other retailers.

Apple stock, one of the most popular individual stocks in investment accounts had fallen 15% in a month before the news.

U.S. large-cap stocks, as measured by S&P 500 SPX, -5.97%  index, are down about 20% in a month. Small-company stocks, following the Russell 2000 RUT, -9.79%   index, have fare even worse, falling 27% on average. Emerging market stocks are down about 20%, and developed international markets nearly 30%, based on the MSCI indexes. Even inflation-protected Treasury bond funds have fallen.

What should you do?

Investment strategist Joachim Klement, a trustee of the CFA Institute’s Research Foundation and formerly head of strategy research at UBS Wealth Management, says for most ordinary investors the answer is very simple.

“Don’t look at your portfolio,” he says.

‘Nothing that happens today, tomorrow or over the rest of this year will matter 10 years from now.’

That “is the most important rule in bear markets,” he tells followers in his daily commentary. “The best way to invest for most investors is to become a buy and hold investor, buy a well-diversified portfolio that meets your needs and then stick to it for a very long time through the ups and downs of the market.” But to do that you have to avoid getting distracted by short-term market moves.

It’s easier said than done, especially in the days when most investors have online access to their accounts and can check them, and trade, from their desk or home.

Klement practices what he preaches. He reports that he checks his own retirement portfolio only once a year, when doing his taxes. “I have no idea what this portfolio did in the last month or the last few days and I don’t care,” he says.

The only sensible alternative, he says, is to use a mathematical system for getting out of the market and getting back in. The best respected, he adds, is the trading rule popularized by Cambria Investments’ Mebane Faber, who advises selling stocks as soon as they fall below their 200-day moving average, and not buying them again until they rise back above that level.

But if you want to follow that rule, adds Klement, you’re too late. The S&P 500 fell decisively below the 200-day average 10 days ago. “If you sell now, you are locking in a steep loss in equities and other risky assets,” he advises. “Nobody can say if markets will go up or down from here, but you will definitely realize past losses, and not be in the market for a while. And this will inevitably mean that you miss the bottom of the market and will get back into the market at a stage when a lot of the recovery has already passed you.”

So, he concludes, congratulations: If you’re in this situation your sensible options are reduced to one—not looking.

The good news: Faber’s system has been shown to reduce the overall volatility of your portfolio, by steering you clear of the worst meltdowns, but it doesn’t produce better overall long-term returns than just buying and holding.

Investors are likely to need nerves of steel during this crisis. The short-term effects of the COVID-19 crisis on the economy can’t yet be measured but are likely to be severe, note economists. (The Chinese economy reeled after the disease broke out there, with car sales plunging 80%).

In the U.S. and elsewhere, conferences and sporting events have been canceled, cruises are being docked, travel plans put off, and growing numbers are staying in to avoid spreading the disease. This is in addition to the growing number of official steps being taken to contain the virus. President Trump announced last week a temporary travel ban covering all of Europe. Hoboken, N.J., has just announced a nightly curfew to help contain the spread of the disease.

Dr. Tony Fauci, the director of the National Institute of Allergy and Infectious Disease, said on Sunday he is not ruling out a 14-day national lockdown.

Similar conditions are already in place in hard-hit parts of Europe such as Spain and Italy, where deaths just hit their highest level yet. In Ireland, pubs are being closed even for St Patrick’s Day. The Vatican has said next week’s Holy Week services won’t be open to the public.

The New York Federal Reserve has just halved its U.S.rowth forecast for the second quarter, which begins in April, from 2.3pc to 1.08pc.

Moody’s Analytics warns that the pandemic could plunge most of the world into recession this year.

But Klement adds that, when it comes to your retirement portfolio, “Nothing that happens today, tomorrow or over the rest of this year will matter 10 years from now.”

PrevPreviousMetals Stocks: Gold gives up gains as limit-down slide for stocks takes toll even on havens
Next: These company executives have been buying stocks that have been hammered by coronavirus fearsNext