California voters will weigh in on affirmative action in November. Here’s what that means for the rest of the country 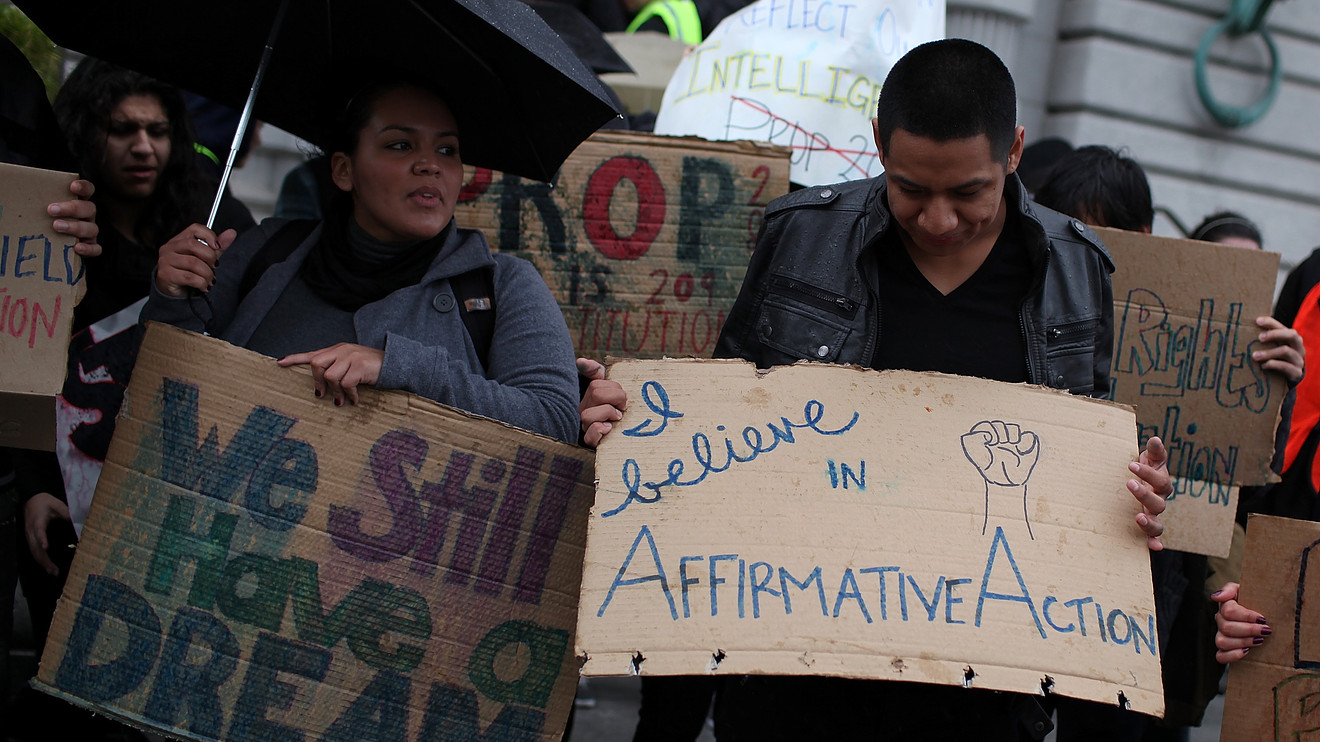 Over the past few decades the question of whether affirmative action is an appropriate antidote to centuries of discriminatory policies have animated the court system and voting booth. As Americans have become increasingly focused on systemic racism over the past several weeks, those questions have taken on new urgency.

Now, California voters will have a chance to weigh in with potentially precedent-setting consequences for the way colleges consider race in admissions — one of the most hotly contested battlegrounds in the affirmative action debate.

On Wednesday, the California Senate voted to approve California Assembly Constitutional Amendment No. 5, which seeks to repeal Proposition 209. The law, passed in 1996, bans the state from discriminating against or offering preferential treatment on the basis of race, gender and other criteria in hiring public employees, awarding public contracts and admissions to public universities in the state.

If approved by voters, the law would allow the state’s public colleges to consider race in their admissions process. But the decision could also have implications for the higher education landscape beyond California.

“ ‘There is a growing recognition that there is an inexcusable gap between who we profess to want to be as a society and who we are.’ ”

— Jonathan Feingold, a professor at Boston University’s School of Law

“It’s not a far reach to think that if voters in California begin to think differently about college admissions and understand the importance of racial equity and racial diversity and rescind their ban, that might prompt people in other states to think similarly,” said Ralph Banks, a professor at Stanford Law School. “It could even affect Supreme Court decision making.”

The role of race in college admissions

Already, the U.S. Supreme Court has limited the ability of colleges to use race as a factor in admissions decisions. Colleges are allowed to consider race only as part of a broader goal of achieving educational diversity. In addition, they can only weigh race as part of a holistic evaluation process that considers many factors — strategies such as quota systems are effectively banned.

These restrictions set a ceiling for how large of a role race can play in college admissions. It’s possible that bar could change. Lawsuits against Harvard University and the University of North Carolina Chapel Hill over the schools’ admissions practices are winding their way through the court system and could make their way to the Supreme Court.

Stakeholders have expected that if given the opportunity to weigh in again, the court would likely restrict colleges’ ability to use race even further, given the conservative majority of the justices. But the decision of California voters could change that calculus, said Banks, the author of the forthcoming book, “Meritocracy in an Age of Inequality: Race, Class and College Admissions.”

Throughout history there are examples of politics at the state level influencing the Supreme Court. Before the court outlawed state bans on interracial marriage, several states repealed their own laws. Before the Supreme Court legalized gay marriage in 2015, dozens of states had already done so.

In those cases, “public opinion shifted and the atmosphere changed and then it seemed more sensible or less radical even for the Supreme Court to step in,” Banks said.

Now, there’s a major force shifting public opinion — the demonstrations and attention to systemic racism in the aftermath of the killing of George Floyd by police.

“It’s impossible to extricate this from the protests we’re seeing,” Jonathan Feingold, a professor at Boston University’s School of Law, said of the debate over affirmative action. “There is a growing recognition that there is an inexcusable gap between who we profess to want to be as a society and who we are.” One way to close that gap is to account for race and gender in college admissions, hiring and other decisions, he said.

When the University of California’s Board of Regents announced their endorsement of ACA 5, they referenced the current political moment. “There is amazing momentum for righting the wrongs caused by centuries of systemic racism in our country,” John Pérez, the chair of the Board of Regents, said in a statement, “the UC Board of Regents’ votes to endorse ACA 5 and to repeal Proposition 209 plays a part in that effort.”

America’s higher education system is plagued with inequities. The colleges and universities that educate the bulk of low-income students and students of color tend to have fewer resources. The segment of elite, wealthy schools that have the funds to get students to and through school with minimal debt educate a relatively small share of these students.

In addition, metrics that are often the gateways to these schools — like standardized test scores — often benefit students with access to resources like well-funded public schools and test prep courses. The UC system announced earlier this year that it would suspend the requirement that California applicants submit an SAT or ACT score and eventually move to a “test-blind” system, where admissions officers can’t consider these scores in their decisions.

Debate over affirmative action mirrors others around the country

Advocates of repealing Proposition 209 say that the restrictions it has imposed over the past 24 years have made it difficult for California’s public colleges and universities to address these diversity issues.

“We can’t ignore the fact that racism does exist,” said Elisha Smith-Arrillaga, the executive director of Education Trust-West, an organization focused on equity in education. “The way that we think about affirmative action is that having race is one of many tools that you use in allocating resources just helps to level the playing field.”

Before 1996, when the law was enacted, the share of freshman in the University of California system from underrepresented racial groups averaged around 20%, according to a fact-sheet from the UC system. In 1998, that share dropped to 15%. By 2016, that share had increased to 37%. During the same period, the share of high school graduates from underrepresented racial groups grew from 39% to 56%.

Supporters of the 1996 law look at that same data and argue that the state’s schools have become more diverse during the period Proposition 209 has been in place. They also worry that getting rid of it could effectively discriminate against some groups.

Similar debates are raging in other settings. The organization suing Harvard has argued that the school’s policies discriminate against high-achieving Asian-American applicants while giving a boost to students from other racial groups. In New York City, the mayor’s proposal to eliminate the use of a standardized test in admissions to elite public high schools, as a way to ensure the institutions better reflect the diversity of the city, was met with opposition, particularly from some Asian-American families who said the plan would unfairly cut off their kids’ access to these schools.

“You’re putting the thumb on the scale,” said Crystal Lu, the president of the Silicon Valley Chinese Association Foundation, which opposes ACA 5. “You are hurting somebody by propping someone else up.” Lu and other supporters of Proposition 209 say instead of repealing it, lawmakers should focus on addressing issues like inequality in the kindergarten through 12th grade school system, which contributes to the inequity in higher education.

For Kyndall Dowell, a rising junior at UC Berkeley, repealing Proposition 209 is about more than just ensuring there are more students who look like her on campus. Dowell said one of the reasons she got involved in efforts to repeal the provision is because she’s aware that once she graduates from a prestigious university, she’ll still enter a job market where Black women like her make 61% of what white men do on average.

She hopes that allowing government employers and agencies to consider race more explicitly in hiring and contracting could help to level that playing field.

“This current climate has exposed a lot of the ugliness, a lot of the baggage, that America has yet to clean and make right,” Dowell said. “While ACA 5 may not be the end all be all, it may not solve all of our issues as a state, but I do think it is a step in the right direction.”

PrevPreviousPeople receiving unemployment benefits are MORE likely to look for jobs, Chicago Fed study finds
NextMark Hulbert: Why there’s so much drama about when to claim Social SecurityNext