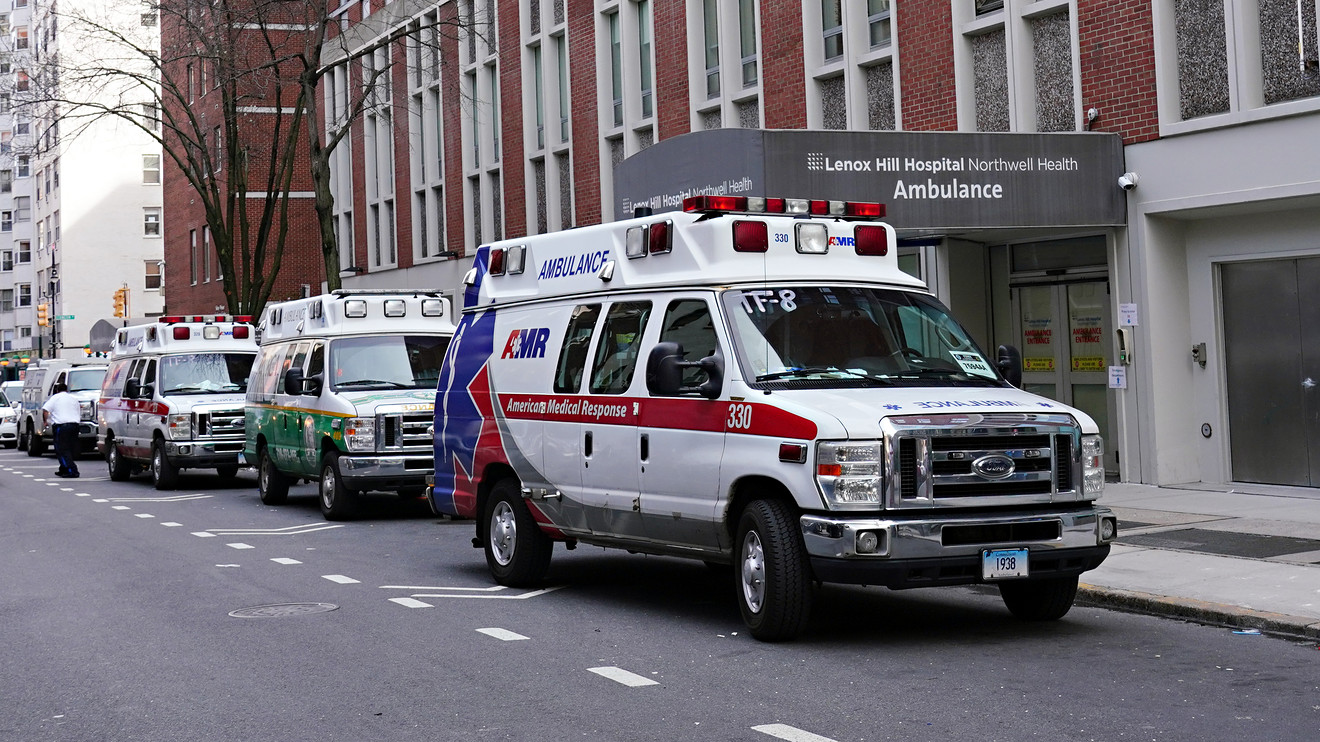 Nearly two in three New Yorkers who’ve died from coronavirus have been black or Latino, Mayor Bill de Blasio reported for the first time on Wednesday, underscoring grave disparities in the city’s outbreak.

“The death it’s causing tracks with other profound health care disparities we have seen for years and decades in this city,” said de Blasio, who faced increasing pressure from local community leaders to release data on race.

“We have to fight in new ways what is now a documented disparity,” he said during his daily news conference.

The preliminary data on racial demographics show the disease has hit Latinos the hardest. Of those who’ve died in the city from the virus, 34% were Latino, 28% were black, 27% were white and 7% were Asian, said de Blasio, as he laid out a four-point plan to try to address the inequity. As of Wednesday morning, around 80,000 people in the city have been diagnosed with coronavirus and 3,602 have died.

The news comes as state and local officials said social distancing is working to stem the outbreak and “flatten the curve” of hospitalizations, despite another record day for deaths statewide, which climbed by 779 since Tuesday.

New York City’s racial breakdown of COVID19 deaths comes a day after Los Angeles released its own statistics that showed a similar pattern of disparity within minority communities. In Chicago, official statistics show 70% of deaths from the virus were black residents even though the group comprises less than one-third of the city’s population.

Don’t miss: New York governor looks to antibody testing as a potential means to get people back to work

In New York City, the breakdown shows Latinos and blacks are dying at a higher rate than their overall share of the population. Black and Latinos residents make up 51% of the population, despite accounting for 62% of all deaths.

Poor and working-class minority communities suffer from higher rates of pre-existing conditions that make people particularly vulnerable to severe complications from COVID-19, New York City health officials said on Wednesday. Roughly three-fourths of all deaths in New York City were people confirmed to have had underlying health issues such as diabetes, cancer, asthma and heart disease.

“Our nation has not come to grips with the fact that health care is provided so unevenly and based solely on how much money you have,” de Blasio said.

“You’re talking about a combination of income, benefits, housing—all of these things,” he said.

He laid out a plan that would dedicate more resources to public hospitals, where most low-income patients are treated and put millions of dollars toward a multilingual public awareness campaign, he said.

Also on MarketWatch: This potential coronavirus vaccine could be as easy as sticking on a bandage

He also planned to activate health care workers at community clinics in hard-hit neighborhoods to do outreach and bolster the 311 system to “make it more possible to get more advice, to actually have a dialogue,” de Blasio said.

Dr. Oxiris Barbot, commissioner of the city’s Department of Health and Mental Hygiene, said the newly released data accounts for about two-thirds of the deaths. But she didn’t expect the breakdown to change dramatically with the addition of new data.

“Our reporting is only as good as the data we get in,” she said. “There are other aspects of our data that we are looking to improve.”

Almost all of the data on deaths comes from hospitals and other health care facilities, and excludes many people who died at home without an official diagnosis. Home deaths are one piece of missing data that could alter the racial distribution in the future.

Some immigrant households with non-immigrant or mixed statuses may be reluctant to seek care out of fear of deportation or other penalties, which could explain, in addition to the language barrier, why Latinos comprise the largest number of deaths, said Barbot, who is Latina.

“I am very concerned when I see the very large percentage of Latinos who’ve died from this,” she said.

Gov. Andrew Cuomo Wednesday said the state would immediately increase testing in poor and minority communities in response to the new data. He said he’s tapped Havidán Rodríguez, president of the State University of New York’s Albany campus, to spearhead that effort, including research into why the racial disparity exists.

Many of New York City’s essential workers, including delivery drivers, grocery store clerks and transit workers, are black or Latino. Their greater exposure could also play a role in the higher rates of death and infection among minorities, Cuomo said.

“It always seems the poorest people pay the highest price, why is that?” Cuomo said, drawing parallels to the aftermath of Hurricane Katrina in New Orleans. “The people standing on those rooftops were not rich white people. But let’s figure it out, let’s learn from this moment and do it now.”

PrevPreviousTheir Stories: Cameroonian musician Manu Dibango was an international symbol of African music
NextOutside the Box: We’re not supposed to touch, but it’s OK to take a helping hand if you are struggling as a result of the coronavirus pandemicNext