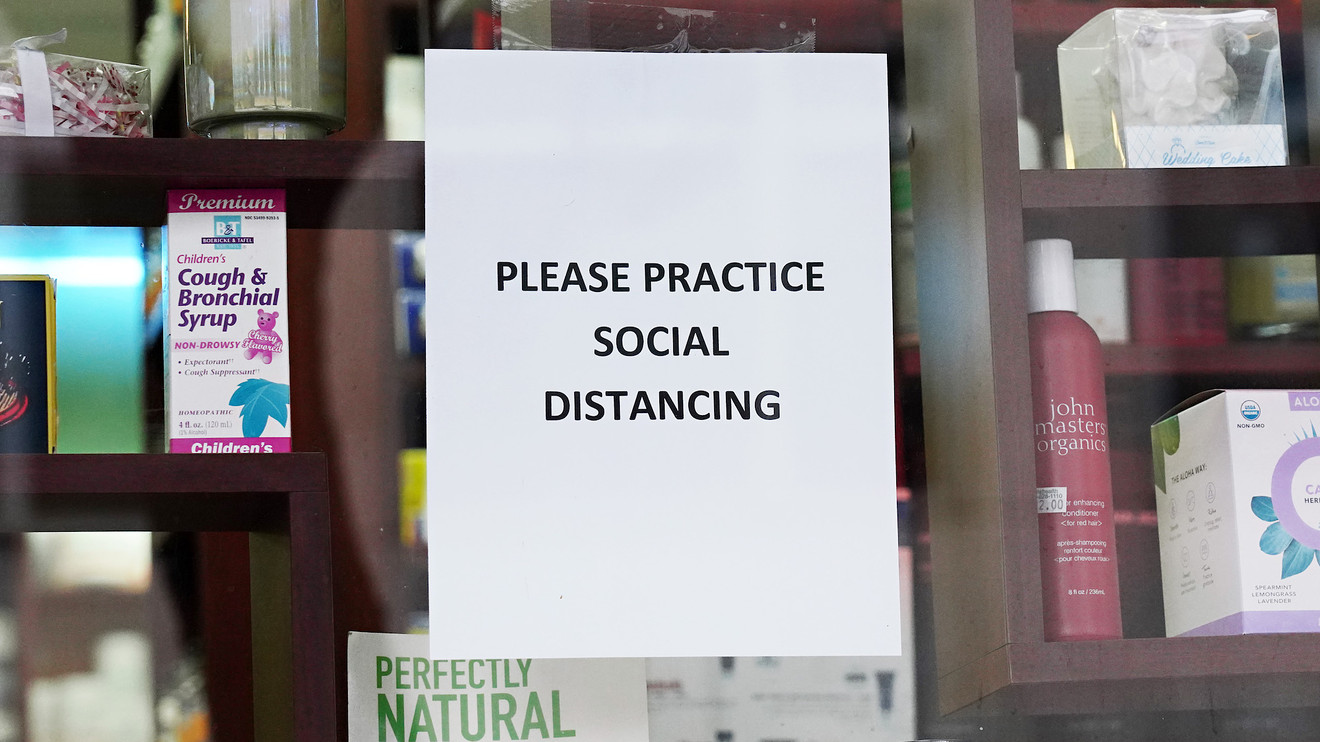 As New York’s elected officials turn more of their focus to staggering an economic reopening after May 15, when New York’s “on pause” order ends, New York City’s myriad small businesses are starting to strategize what a new normal will look like.

First and foremost, that will include reducing the number of customers in any venue at one time. Basic cleaning routines will be stepped up, with doorknobs and other high-touch surfaces sanitized many times a day. At dine-in restaurants, limiting physical interaction between staff and customers will be paramount — and contactless ordering could solve that.

Construction and manufacturing will be the first industries to reopen in New York, starting with upstate regions sometime after the pause order lapses, as long as employers can put social distancing and other safety measures in place to avoid a cluster of coronavirus infections, Gov. Andrew Cuomo said Monday.

But nonessential businesses like restaurants and gyms — where physical space for individual customers is at a premium in New York City in the best of times — will likely reopen more slowly. A set of city task forces charged with creating a road map for restarting the city’s economy won’t deliver final plans until June, but Mayor Bill de Blasio said on Monday that he would consider opening certain businesses before then if there’s a significant slowdown in the outbreak.

Statewide, 295,106 positive COVID-19 cases and 17,638 deaths due to the virus have been reported as of Tuesday morning. Of those, 162,338 cases and at least 12,509 deaths occurred in New York City, according to the state. Daily fatalities statewide remained flat, with 335 new deaths as of Tuesday, Cuomo said at a press briefing; that figure is down more than 50% from the peak of the outbreak, when nearly 800 deaths were reported per day.

Now in week six of shutdown mode, many of New York City’s small businesses are barely hanging on. Some owners are trying to tap into the latest federal relief measure, a $484 billion bill signed into law Friday, after larger public companies snapped up funds allotted for small businesses in the previous bill. To keep a little revenue trickling in, gyms are offering online fitness classes; restaurateurs that can manage it are doing delivery and takeout; and local shops are expanding shipping locations. In some cases, business owners are frantically raising money so their out-of-work workers can pay rent and buy groceries.

While addressing these challenges, small-business owners will also share some of the responsibility for deciding what the post-coronavirus economy looks like.

For employers, Cuomo said, that will mean ensuring employees can get safely from home to work; once at work, those in customer-facing environments must be trained to safely interact with the public. Will businesses provide workers with gloves and masks? How will physical distancing work? And if an employee develops symptoms of COVID-19, what is the protocol to swiftly address the situation?

Major changes for the coronavirus era

Small businesses will likely adopt some of the same measures currently in place at grocery stores, bodegas and pharmacies: Plexiglass dividers erected at cash registers and tape marks on the floor to keep customers distanced on the checkout line. Then there is the iFresh market in Chinatown where shoppers are having their temperatures taken by an employee with an infrared thermometer, the New York Times reported April 20.

Raab Rashi, founder and co-owner of Sword Class NYC, a martial arts school in Harlem, said he’s looking to the Centers for Disease Control and Prevention and to his local martial arts community for guidance.

“There are gyms big and small that are affected by this and I think the industry is going to have to re-evaluate its best practices,” he said. At the very least, his school will have to develop a new policy for sanitizing the swords it lends to students, and it will likely limit the number of people per class.

Sophia Phillips-Afrifah, who owns Muffets Closet, a boutique clothing store in East Flatbush, Brooklyn, plans to limit the number of shoppers when she reopens — perhaps no more than three at a time, compared to the eight she’d normally have on a weekend. She may also remove the sofas that her customers love to lounge on as their friends try on dresses, she said, and that means she’ll also have to pay to put the furniture in storage.

The comfortable seating helps foster a relaxed atmosphere that Phillips-Afrifah believes sets her business apart on Church Avenue, a main thoroughfare in the neighborhood. But if the shop starts to feel like just another “grab-and-go” sales floor, she worries she will lose some competitive edge.

“The kind of operation that I have is close-knit,” she said. “You are very personal with the clients.”

Andres Sen Sang, who left an executive chef job at a Bronx restaurant in February to pursue a private catering business he was building on the side, said his entrepreneurial plans are currently on hold. But once he can start cooking again, he’s considering serving food on disposable plates instead of the fancy rented dishes he prefers. Plasticware will diminish the elegant atmosphere he aims to create, but the decision will be worth it if it prevents one guest from getting sick because of a poorly washed dish, he said.

He will also limit attendance at events from about 50 people to just 10 or 12. To make up for the loss in revenue, he could take on two events a week instead of two a month.

“We have to adapt to this and learn how to live with this, and we have to accommodate to stop the spread of the virus,” he said.

U.S. restaurateurs could look to Europe for strategic lessons as countries start relaxing restrictions. Starting May 25, the Czech Republic will allow restaurants, snack bars, pubs and wine shops “offering goods for immediate consumption” to reopen if they have an outdoor patio or sell takeout food and drink, CNN reported. And in China, many restaurants are serving dine-in meals but guests are often required to have their temperatures taken upon entering, sit far apart, and wear masks when not eating or drinking, Barron’s reported.

Roy Henley, who opened The Grange Bar & Eatery in Manhattan’s Hamilton Heights neighborhood in 2013, said he’s “trying to take every day as it comes” and hopes to have a better blueprint for reopening in mid-May.

Don’t miss: Why haven’t I gotten my stimulus check? 6 reasons your payment might be a no-show

He expects to reset his spacious — by New York City standards — dining room and go to 50% occupancy. To help make up for the loss in revenue, he is seeking permission to add more sidewalk seating, where tables could be spaced six to eight feet apart.

Sanitizing tables in between seatings is standard, he said, but the restaurant — a favorite for its creative cocktails and late-night menu — will go the extra step to sanitize chairs and maybe switch to disposable menus. Servers will likely wear masks and gloves. As for checking customers’ temperatures? “If it’s something that makes people feel comfortable in coming in, it would make sense to do from a business standpoint, but hopefully we don’t get to that.”