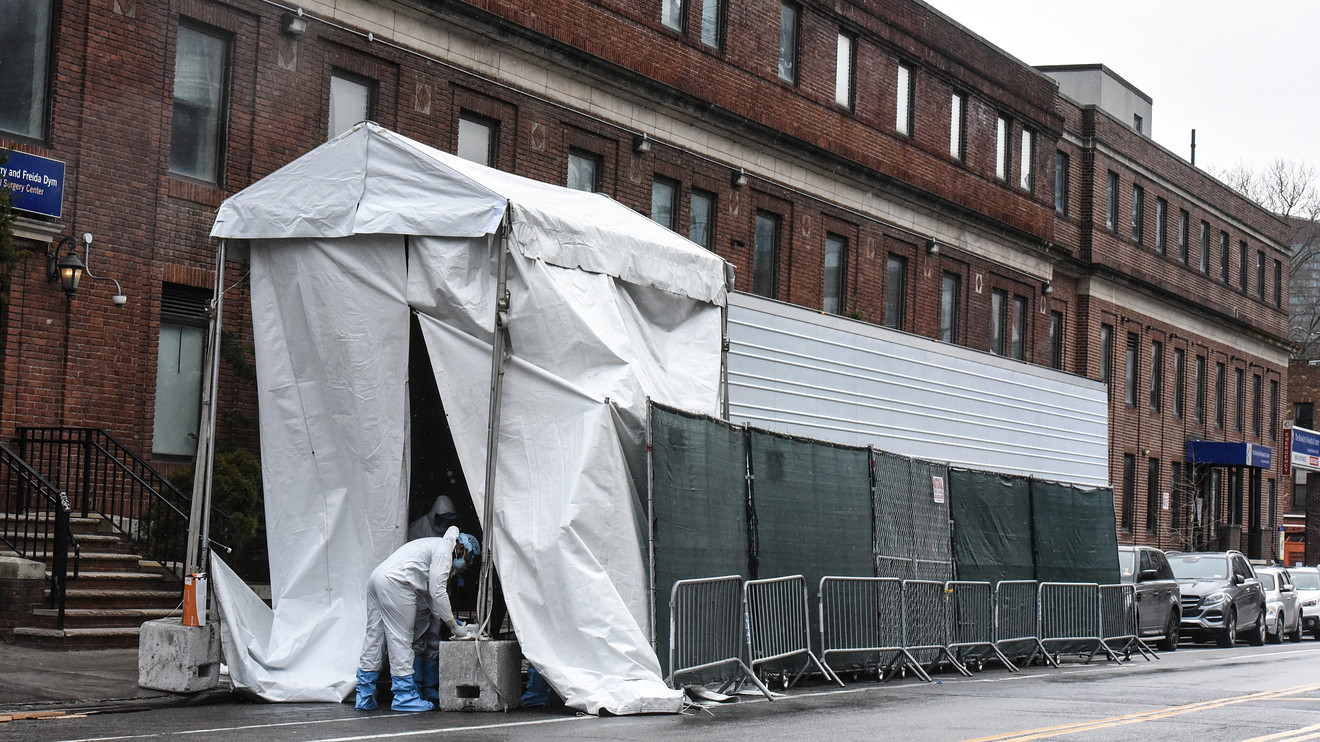 New York City will run out of critical medical equipment and personnel by Sunday, said Mayor Bill de Blasio, as the number of coronavirus cases across the state passed a grim 100,000 milestone, more than half of which are in the five boroughs.

“This coming Sunday is D-Day because we know, as of Sunday, we start to run out ventilators, we start to get really stressed in terms of personnel,” de Blasio said Friday on CNN’s show “New Day.”

“The hard part is our hospitals dealing with a massive surge in the coming days of not just COVID-19 cases, but folks who need ICU care,” he said. “The people who literally—if we have the personnel, if we have the equipment, lives are going to be saved. If we don’t, people will die who did not need to die.”

De Blasio called upon President Donald Trump to mobilize the military to enlist from the country’s nearly 5 million civilian doctors and nurses to help fight the pathogen on the front lines. At the moment, the front line remains New York City and increasingly Long Island, as well as other hot spots such as Detroit, Louisiana and Chicago. On Friday, there were more than 57,000 cases in New York City. The city reported 1,584 deaths have died so far, three-fourths of whom had underlying health conditions.

New York City is on track to have 5,000 intubated patients by Monday or Tuesday, and will need an additional 2,500 to 3,000 ventilators and hundreds more medical workers to get through next week, de Blasio has projected.

An infusion of 300,000 critical N95 masks arrived in the city on Friday from the New England Patriots. The team announced this week that owner Robert Kraft had bought 1.7 million masks directly from China and used the team’s private jet to retrieve them.

At this point, the city has enough personal protective equipment to get through the next week, though medical personnel has become a major concern, de Blasio said at his evening briefing. The city will need as many as 45,000 additional medical workers to get through April and May.

Some of that added workforce will come from the 80,000 volunteers who’ve signed up to help at the state level, though vetting their credentials takes time, the mayor said.

“Relatively few have turned into actual placements in our hospitals,” de Blasio said.

He was still waiting to hear back from the federal government on a request he made last week for an immediate infusion of 1,000 nurses, 150 doctors and 300 respiratory specialists.

“And I don’t have anything yet,” he said Friday.

There is some historical precedent for the military calling on civilian experts to serve in wartime, should the president elevate the crisis to that level. In the early 1950s, during the Korean War, the U.S. government instituted a so-called “doctor draft” to fill a shortage of medical personnel in the U.S. Army Medical Corp.

Before calling up civilian volunteers, however, Trump could activate the military’s existing medical personnel to its fullest extent, de Blasio said Friday, in separate comments on WNYC’s “The Brian Lehrer Show.”

“Obviously, the military right now is at their bases, they are not mobilized for action—they should be,” de Blasio said.

The crisis in the state is quickly spreading beyond New York City, with the number of total cases rising above 100,000 in the state, which recorded its biggest single-day death toll of 562 since Thursday. Parts of Long Island are under particular stress, said Gov. Andrew Cuomo at a Friday briefing.

“Long Island does not have the elaborate health care system” that New York City has, Cuomo said. In Nassau County, directly east of New York City, more than 12,000 people had tested positive as of Friday morning, a daily increase of 1,437.

Cases are also climbing in more remote Suffolk County, where many affluent city dwellers have fled to homes in the Hamptons. Cases in Suffolk County soared past 10,000 by Friday morning, an alarming number of infections relative to its population.

Cuomo, reiterating concern about the number of ventilators available to downstate New York, where the disease is clustered, announced that he would use his executive authority to redistribute equipment and supplies from less affected areas in upstate and western New York to hard-hit hospitals.

“I will not be in a position,” Cuomo said, “where people are dying and we have several hundred ventilators in our own state somewhere else.”

PrevPreviousTop Ten: Weekend reads: How to make your own face mask to protect against coronavirus
NextDeep Dive: 3 S&P sectors climbed this week — here are the stocks that rose and fell the mostNext