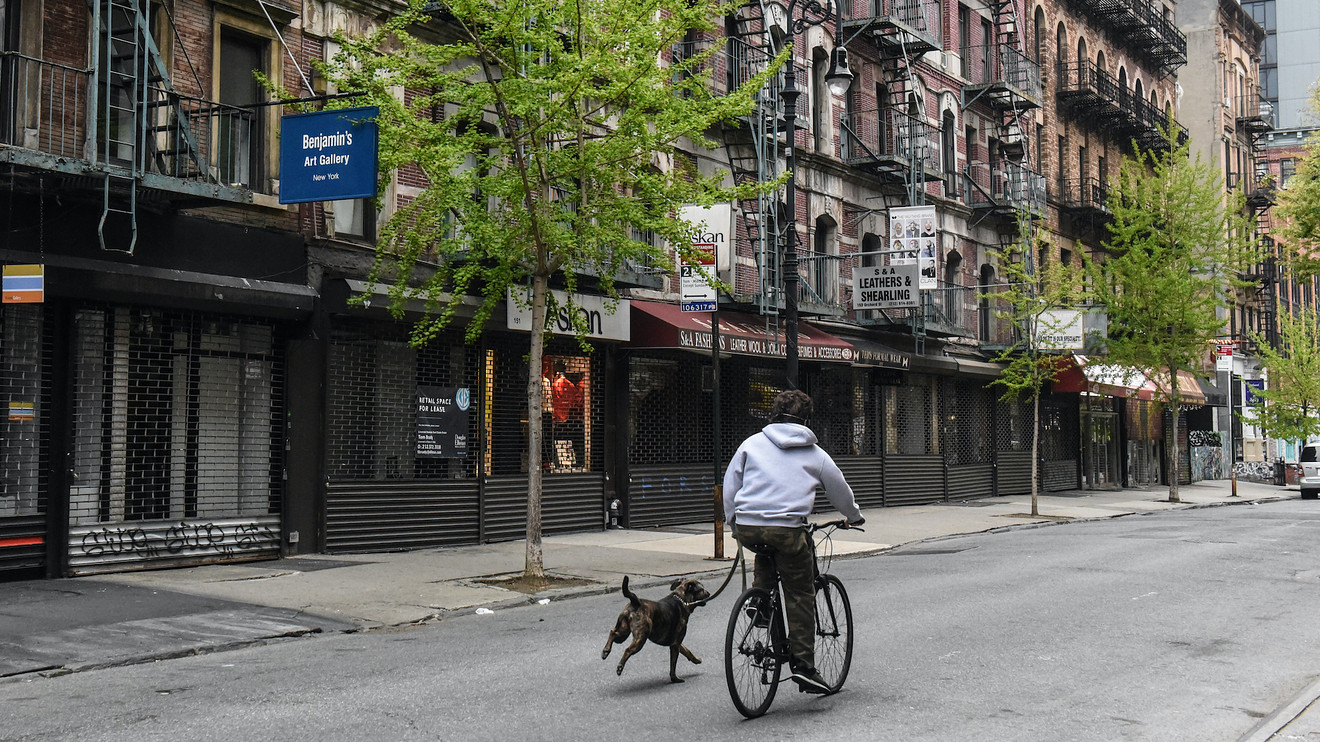 New York was one of only a few states where jobless claims increased last week as record layoffs persist in the nation’s coronavirus epicenter.

Nearly 219,000 New Yorkers who lost their jobs filed for unemployment benefits in the week ending Sunday, bringing the total number of layoffs in the state since the pandemic hit in March to more than 1.6 million, according to data from the Labor Department on Thursday. Roughly 17% of the state’s workers have lost their jobs, surpassing projections, and hitting food service, hotel and retail employees particularly hard. The weekly preliminary figures do not break out metro areas like New York City.

“We’re doing everything we can to move the unemployment checks faster,” Gov. Andrew Cuomo said at his daily briefing on Thursday.

Layoffs, while still incredibly high, have broadly slowed in the U.S. since peaking at the end of March, when waves of statewide lockdowns went into effect and forced many nonessential employees to stay home. Nationally, 3.8 million workers applied for unemployment last week, down from a peak of 6.9 million at the end of March.

But New York was one of only eight states that saw unemployment claims rise last week, with 13,700 more New Yorkers filing for unemployment than the week before. Weekly claims also rose significantly in early epicenter Washington state as well as in Nevada, where the economy is highly dependent on hospitality and tourism, two industries the stay-at-home orders have massively disrupted.

“Seeing it get worse in New York is troubling,” said Julia Wolfe, state economic analyst at the Economic Policy Institute.

New York has seen the third-highest number of unemployment claims since the crisis began, behind California and, more curiously, Pennsylvania. With 1.6 million newly out of work, New York has already blown past pandemic unemployment projections from the Economic Policy Institute, which initially expected the state to reach 1.2 million jobless claims by July.

“Things keep being worse than we expected,” Wolfe said.

The hardest-hit jobs were primarily in the hospitality and retail sectors, both of which rely on face-to-face interaction in often crowded settings that were the target of stay-at-home orders. New York’s bars and restaurants have been closed except for delivery and takeout since March 16, a full week before Cuomo shuttered other nonessential businesses.

Nearly one in five workers who’ve lost their jobs and claimed unemployment during the pandemic worked in hotels and restaurants, according to state data Wolfe analyzed from mid-March to mid-April.

Some 13.5% of layoffs were in the retail trade, such as furniture and clothing stores.

By and large, these workers are often paid hourly and are more likely to be women and people of color—the latter a demographic already reeling from higher rates of coronavirus infection. If that weren’t enough, Wolfe said, “These are workers who are less likely to have benefits like health insurance.”

Among the more distressing statistics in New York is that some 11% of unemployment claims have come from health care and social assistance—an industry that should be operating at full capacity during a pandemic. But the virus, which caused shortages among paramedics and ICU nurses, left certain health-care professionals without much work at all, including fields such as dentistry and dermatology.

The crisis now has stuck some jobless health-care workers “between two terrible options,” Wolfe said. “Be incredibly economically insecure at this moment or put your life in danger.”

A second, indirect wave of coronavirus layoffs could be coming down the pipeline if the federal government decides against funding state and local governments through another stimulus package, said Mark Muro, a senior fellow and policy director at the Brookings Institution.

States and localities could be looking at budget shortfalls worth $700 billion to $1 trillion in the next 18 months, experts at Brookings estimate—money used to pay millions of teachers, policemen, health care staff and firefighters nationwide.

“Some think that if these are government jobs, they are not as disturbing or disruptive as private sector jobs. All jobs count equally,” Muro said. Research has shown recovery from the 2007-09 recession was slowed because of gradual state and local layoffs due to budget cuts in the aftermath of the crisis, he added.

At this point, New York is looking at a $15 billion deficit this year, Cuomo has said, approximately 10% of the overall budget. That could spell an almost proportional cut to state jobs, Muro said.

“These are state office workers, processing permits, maybe helping provide direct services. They may be first responders,“ he said. “There’s a whole welter of activity people take for granted.”

PrevPreviousPersonal Finance Daily: How some Georgia businesses are reopening and if you’re skipping your mortgage payments, watch out for this costly mistake
NextCityWatch: New York City’s subways to close nightly for cleaning and disinfectingNext