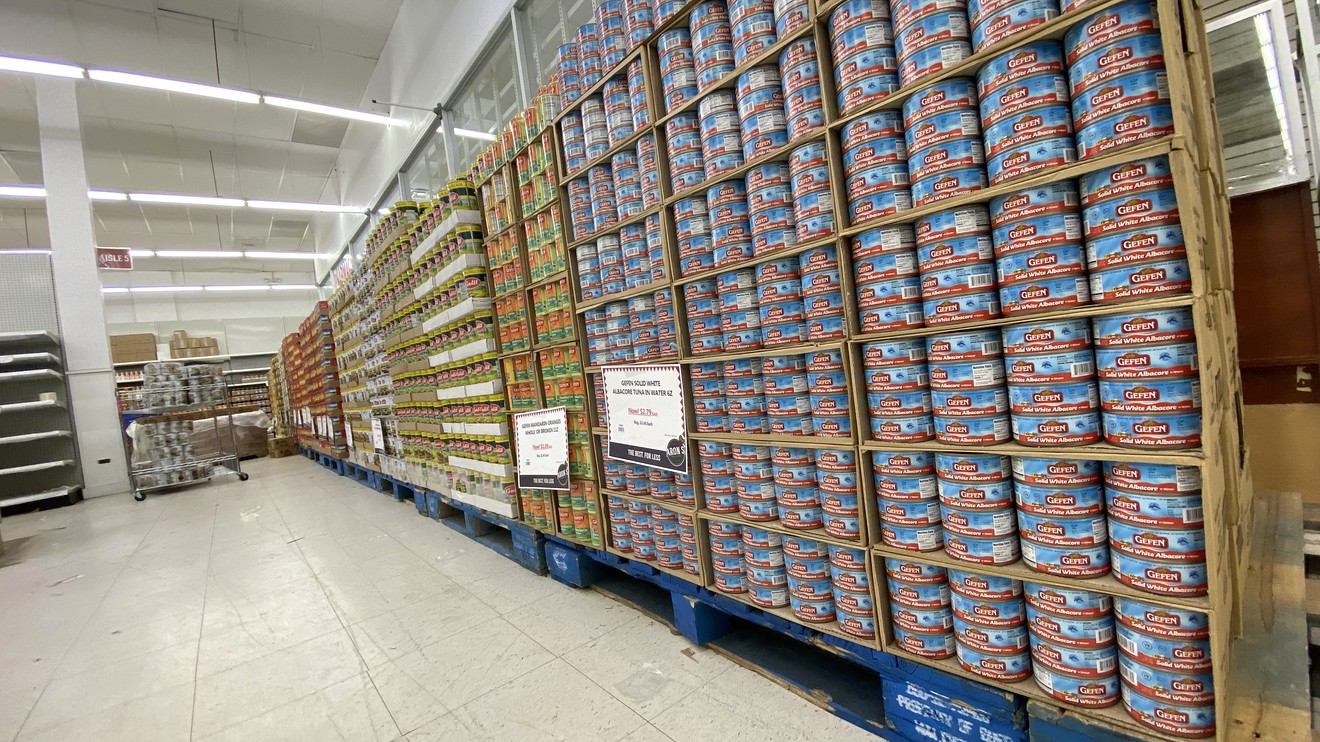 For people who are part of a religious community, coronavirus isolation may feel particularly difficult as the spring holiday season begins and family gatherings are canceled.

In New York, the spread of COVID-19 and the requisite social isolation means smaller — or canceled — Passover seders for people who observe the holiday, as well as canceled Passover vacation trips and unexpected trips to local supermarkets to stock up on kosher for Passover food.

For the past 21 years, Debbie Katz, who lives in South Harlem, has gone with her extended family to a “Passover program,” meaning that instead of cleaning and shopping and cooking for the eight-day April holiday, she and her modern Orthodox Jewish family in New York, New Jersey and California pack up and fly to a hotel devoted entirely to the Passover crowd. The programs include copious amounts of kosher for Passover food, the traditional Passover Seder meals on the first two nights of the eight-day holiday, synagogue, speakers and entertainment, and day care and day camp for the kids.

As one of four siblings, who each have a few children of their own, the clan of 30-something people attend the same program at the Hilton in Westchester. (Cost begins at $3,625 per adult.)

“It feels like our living room and dining room,” said Katz, an executive search consultant and the mother of three girls. “It’s very much like the Catskills,” she said, referring to the upstate New York region where Jews in the 1950s and 1960s used to summer, as featured in shows like “The Marvelous Mrs. Maisel” and the movie “Dirty Dancing.” Her children have never celebrated Passover at home — only at that hotel, with their first and second-cousins and hundreds of others. But this year, the extended family will celebrate separately, and at home.

“We’re really sad: My family looks forward to this all year,” Katz said.

For Katz and many other observant Jews, preparations have begun for a more muted holiday, which begins on Wednesday night.

Also on MarketWatch: What daily life during the pandemic looks like to people across the U.S., and beyond

During Passover, eating leavened foods is prohibited, and for the most devout Jews, they’re almost entirely removed from the home. In fact, most observant Jewish families swap out all the foods in their cupboards and refrigerator for food that’s designated kosher for Passover — that means no bread, no pasta, no legumes in many cases. They also switch out their silverware, pots, pans, and dishes for different ones, used exclusively during this one week out of the year.

But this year, some rabbis — even Orthodox ones — are offering leniencies. For example, instead of getting rid of all your leavened products, you can put them away in a closet. Instead of replacing all silverware and pots of pans, boiling them may do.

But new food does need to replace the food now locked away. And Jews around New York City turn to larger supermarkets, such as Fairway, and small kosher-only stores, such as Aron’s Kissena Farms in Flushing, Queens, to procure that food. On Sunday morning, there was a long line outside Aron’s. And in the back of people’s minds, it seems, is the fear that the food that’s kosher for Passover — items like potato starch to replace flour, and matzo to replace bed — could run out.

“We’ve seen that many folks who typically go away for the holiday are home for the first time in many, many years and therefore are buying their Passover necessities and essentials to make the holiday at their home,” says Aaron Hirtz, owner of Aron’s Kissena Farms, which is the largest kosher market in America. Their regular store in the New York borough is about 23,000 square feet, and their separate Kosher-for-Passover store, which opened March 1, is 15,000 square feet.

Hirtz estimates that inventory has increased about 25% due to Passover programs being canceled.

“Supply is not the issue,” Hirtz said. “Just demand,” he adds, meaning that while they have enough food, people are worried there won’t be enough. They’ve limited entrance to the store and kept the requisite 6 feet apart at checkout lines, and online orders sometimes have to be shut down due to the demand. It’s also become difficult to get deliveries from other supermarkets, such as Whole Foods that might carry some kosher for Passover items, as delivery slots fill up.

“My mother’s really worried about Passover,” says Alyssa Shelasky, 42, a writer and mother of two living in Brooklyn Heights, who usually gets her matzo from her mom. “She won’t go to a store and can’t figure out Instacart,” Shelasky says.

Also read: ‘Anybody who works at this point deserves hazard pay’: The working conditions that led one Instacart worker to strike

Her mom has decided to skip Passover this year. “She grew up with six kids around the Passover table,” Shelasky said. “This year, she can’t have her grandkids, she can’t make her brisket, so it’s just not happening.”

Some organizations are trying to help those in need—the elderly, immunocompromised, the impoverished who can’t afford that costly Passover food, perhaps this year more than ever. West Side Solidarity Action is taking donations to give out food for Shabbat and Passover food to those in need. Chabad of Dumbo is preparing Seder kits to go for people.

“It doesn’t feel like freedom,” says Elaine Apter, a therapist who lives in Spring Valley, New York, referring to the usual holiday when Jews celebrate the end of slavery from Egypt. “Everything the holiday stands for doesn’t exist — except for the plagues” referring to the 10 plagues referenced in the Passover story, used as a punishment for the Egyptians for enslaving the Israelites.

Apter has traveled to Israel for the holiday for the last 30 years, with her children and now grandchildren, but this year for the Seder, she is staying home with her husband and joining her son’s Seder via Zoom ZM, -6.29%

“There’s no freedom, there’s no celebration, there’s no joy — unless you look at it as we’re all healthy,” Apter says.

PrevPreviousDispatches from a Pandemic: ‘How will I pay for my Lexus?’ one consultant wondered. Ireland’s government takes over private hospitals to battle coronavirus
Next‘Naked’ investors — not coronavirus numbers — will determine how much stocks rallyNext