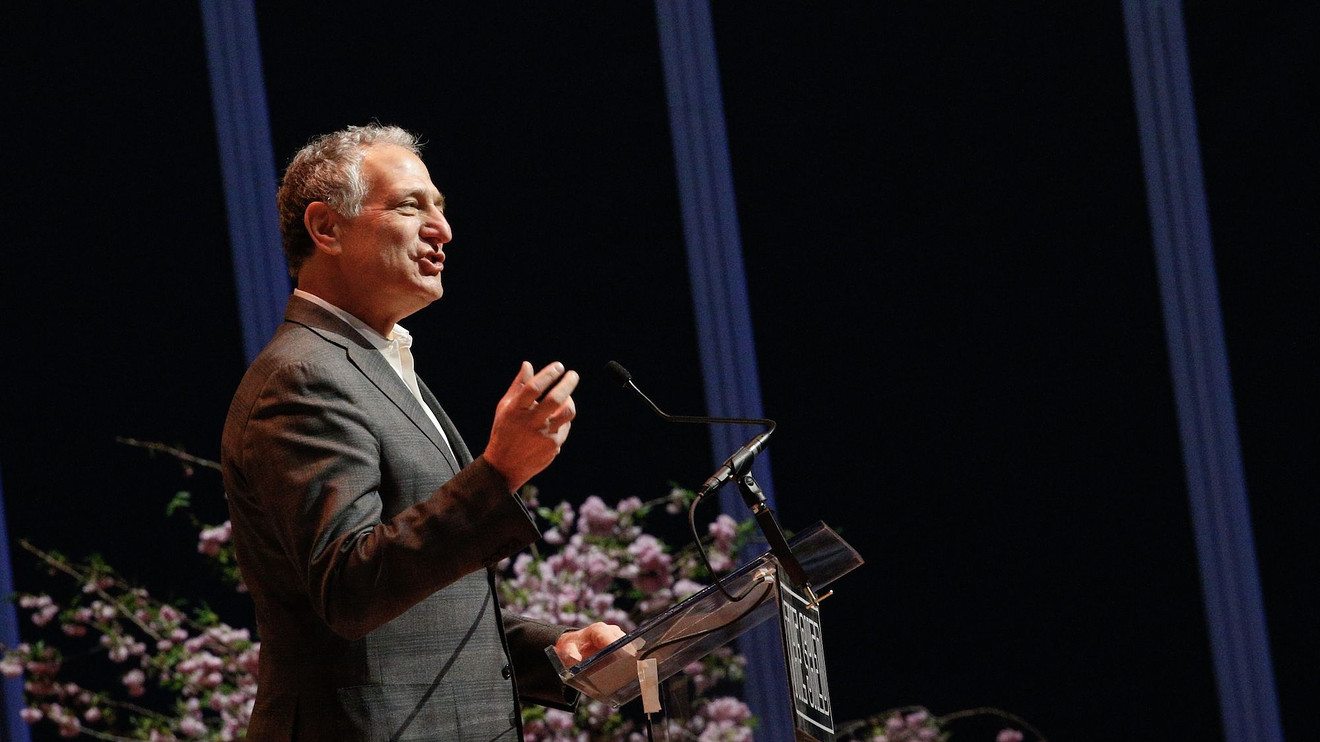 The city’s shuttered economy hasn’t even begun to creak back open. But the man who guided the recovery after 9/11 is already thinking big thoughts about a post-pandemic New York.

“The big fear in the short term is that people won’t come back,” Dan Doctoroff was saying from deep inside his own social distancing. The no-shows could include New Yorkers who’ve had the means to weather the threat at beach houses, country homes or other plush bunkers. It could also include tourists and business people who will be needed to fuel a reviving economy. “What if they don’t return because they can’t or they don’t have to and that becomes more permanent? And then the next thing we have to be concerned about is a second-wave of infection and more social distancing.”

Oh, there’s plenty to fret about.

“ “New York is a meeting place of the world. It is a place that thrives on openness. We need to re-establish confidence in the notion of density.” ”

Doctoroff was an investment banker and private-equity partner. After the 2001 terrorist attacks, he traded that life for the musty glamour of New York City Hall, signing on as Mike Bloomberg’s deputy mayor for making the city come back alive. He went on to serve as president of Bloomberg LP until the founder returned and decided he wanted to run the store again. Then, Doctoroff teamed up with Google GOOGL, -2.22% to launch Sidewalk Labs, a busy consultancy that uses technology and other strategies to improve urban life.

The man has thought a lot about cities.

“So how do we engineer a long-term recovery for New York’s economy?” he was asking. “I start with the premise that New York has been through a whole series of horrible events over the last 200 years. Financial panics. Crises that disproportionately affected New York because it’s the financial capital. The Civil War and the riots. 9/11. The list goes on. At every single crisis, people said the city would never recover. But New York has always found a way to be better than it was before. How long it takes and the shape of that recovery are determined by the quality of leadership at the time.”

After 9/11, Doctoroff said, it was all about giving people confidence New York was safe again then using public policy to propel the city’s growth. More jobs, more people, more revenues to pay for services that would improve the quality of life, which would in turn attract more people and more jobs and more growth.

Also on MarketWatch: The ‘Great Repression’ is here and it will make past downturns look tame, economist says

But growth alone won’t be enough to save New York this time, according to Doctoroff. Nineteen years after the terrorist attacks, “people are demanding something different,” he said. “The focus needs to be on distributing the value of that growth more fairly.” That was the fight over the turned-back Amazon AMZN, -2.84% headquarters in Queens. That’s the continuing uproar over zoning changes and neighborhood gentrification. “Figuring out how to balance that will be New York’s great long-term challenge,” the former deputy mayor said. But first, people need to be comfortable living and working in America’s “coronavirus capital,” a whole new kind of ground zero.

The best way to get from here to there, Doctoroff argues, is to build on New York’s strengths as a medical and research center, making the city glisten as a symbol of public health.

“Incredibly visible signs of public hygiene are going to be fundamental,” he said. “We should hire—particularly given how many are out of work now—thousands of people to wipe down the subways, maybe even while people are on them. We have to work with businesses to ensure the workday is spread out and the starting times are staggered. In all these different ways, we need to make room for this very public hygiene to take place.”

With a thousand discrete actions, New York will have to show the world it’s ready for whatever’s coming next.

“We need to demonstrate that we are prepared for a re-emergence of this pandemic or the next one or whatever public-health problem is coming,” Doctoroff said. “That may involve stockpiling equipment in ways we never would have before. And we have to do it all very visibly.”

So are New York’s leaders up to the job? Well, the city will elect a new mayor next year. Post-pandemic revival will be the new mayor’s job number one. But to coax the people of New York into their brightest possible future and to secure the city’s better-than-ever standard again, it’s always worth remembering what makes New York New York.

Don’t miss: The coronavirus changes everything in New York: Let us count the ways

“New York is a meeting place of the world,” said the man who once helped to revive it. “It is a place that thrives on openness. We need to re-establish confidence in the notion of density.”

New Yorkers have to be comfortable being together again.

“If we can establish ourselves as a true leader in all aspects of public health,” Doctoroff said, “that’s where it all begins.”

What's Worth Streaming: Here’s everything coming to Amazon Prime Video in November 2020