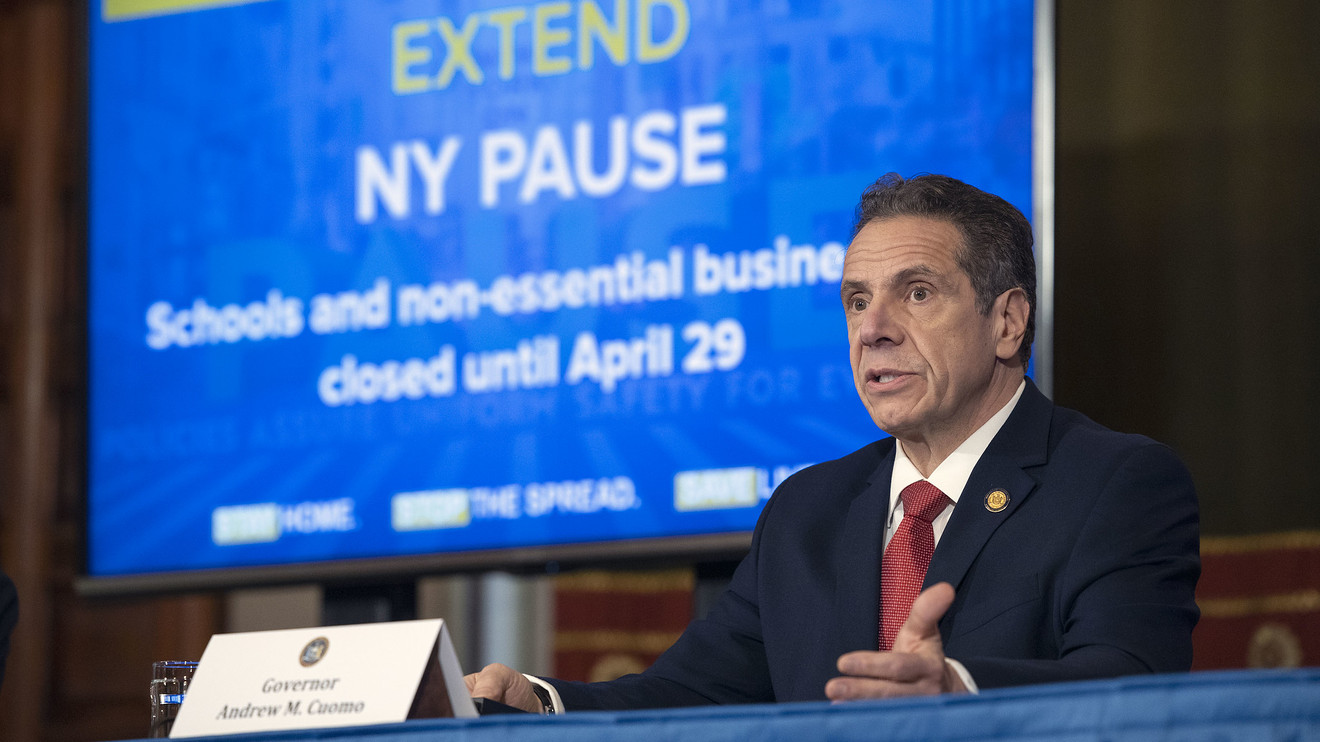 With the number of COVID-19 deaths flat two straight days and new hospitalizations falling, New York is possibly entering the pandemic’s apex, said Gov. Andrew Cuomo on Monday. However, he stressed that New Yorkers need to practice better social distancing and extended the state’s lockdown until at least April 29.

“We get reckless, we change or are not compliant on social distancing, you will see those numbers go up again,” Cuomo said. “This virus has kicked our rear end; we underestimate this virus at our peril. Now is not the time to slack off on what we’re doing.”

The number of New York state residents to have died as a result of coronavirus was 4,758 up from 4,159 on Sunday, Cuomo said from Albany.

The increase in the number of deaths has been “effectively flat for two days,” Cuomo said. “While none of this is good news, the flattening, possible flattening of the curve, is better than the increases that we have seen.”

Further signs of a possible flattening of the curve, according to Cuomo, were the number of hospitalizations, ICU admissions and daily intubations in the state, which all ticked downward. Hospitalizations, in particular, have seen significant declines, from peaking at 1,427 new admissions across the state on April 2, to 358 on April 5.

Previous projections had estimated that the state’s apex would come at the end of April and would result in the need for up to 110,000 beds for COVID patients alone.

The numbers are hopeful, according to Danielle Ompad, Ph.D., associate professor of epidemiology at NYU School of Global Public Health. “But I would want to see how it plays out over the next few days.”

“A lot is predicated on the social distancing interventions that we’ve been doing,” Ompad said. “Just because it’s going down now,’’ she added, doesn’t mean that it couldn’t “pop back up.”

In New York, 130,689 people have tested positive for the virus, more than three times the number of the 37,505 confirmed cases that New Jersey—the second most impacted state—has recorded.

In New York City, 64,955 cases of coronavirus have been confirmed and 2,472 have died as of Sunday evening.

Emphasizing the need for the distancing measures to continue and to ensure compliance, Cuomo announced that New York’s PAUSE order, which was enacted on March 20 and closed nonessential businesses and schools, would remain in effect until April 29.

The governor has also doubled the maximum fine for violations of the state social distancing protocol from $500 to $1,000.

“We’re not going to make that mistake,” he said.

PrevPreviousPersonal Finance Daily: How to get health insurance if you lost your job due to coronavirus and America’s housing market is showing signs of trouble
NextWalmart hit with wrongful-death lawsuit by estate of worker who died of coronavirusNext