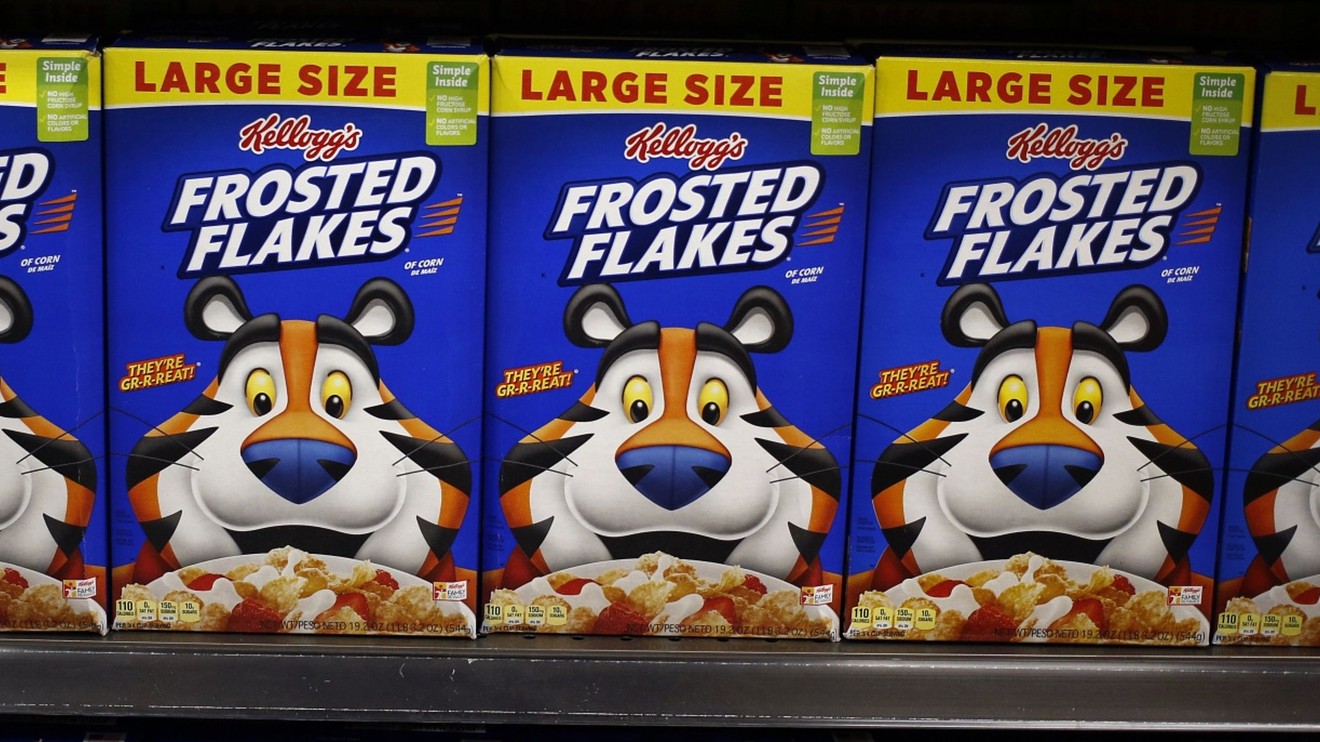 Valens Research, a firm that uses what’s called uniform accounting to better compare companies’ financial reports, has identified nine companies that may be forced to cut their dividends.

As part of its work, publicly traded companies’ quarterly numbers are adjusted to remove “a lot of accounting noise,” said Rob Spivey, director of research at the Cambridge, Mass.-based firm, which was founded in 2009 in the wake of the global financial crisis.

An explanation of Valens’ use of uniform accounting to make adjustments to corporate financial statements follows below.

Here is the Valens’ list of what it calls “high-dividend-cut risks.”

To be sure, many of those dividend yields aren’t particularly high. A very high dividend yield typically means investors are no longer confident a company can maintain its dividend payout. Then again, these are significant in a world of near-zero short-term interest rates, and a dividend cut can lead to a massive decline in a company’s share price.

Here are comments from Valens’ Spivey about the listed companies:

• Agricultural customers of Deere & Co. DE, -5.08% are facing “some serious near- and mid-term headwinds that may delay capex [capital expenditure] investment and equipment replacement cycles,” Spivey wrote in an email May 1. In addition to this threat, Deere faces disrupted supply chains and “more widespread regulatory uncertainty” surrounding tariffs and trade deals, he wrote. These factors together make Deere’s dividend also uncertain, according to Valens.

• General Mills GIS, +0.24% acquired Blue Buffalo in 2008 for $8 billion, which included the issuance of $6 billion in debt securities. The company is now “faced with consistent debt maturities, but a lackluster recovery to encourage refinancing,” according to Spivey. “As such, it may have to resort to cutting capex and dividends to service its obligations, particularly if credit availability tightens,” he wrote.

• “In the wake of a dramatic drop in travel, General Dynamics’ GD, -2.83% exposure to the commercial aerospace segment, through Gulfstream, puts it at heightened COVID-19-related risk,” compared with peers,” Spivey wrote. He cited “massive debt maturities in 2020-2021,” and pointed to the dividend as “an area the firm may look to cut.”

• Conagra Brands CAG, -0.37% makes “shelf stable” packaged foods and has significant exposure to the food-service and restaurant industries, which brings “concerns about its cash flows in the near term,” Spivey wrote. Because of its need to address “material debt maturities in each year … [Conagra] will likely need to refinance, but given its lackluster recovery rate, it may struggle to do so at a reasonable rate, suggesting dividend cuts may be necessary,” he added.

• Newell Brands NWL, -0.57% said in a presentation Feb. 20 that online sales made up about 15% of total sales. Spivey expects the disruption from the COVID-19 shutdown to Newell’s sales through traditional retailers to “materially impact” the company’s cash flow, “putting its ability to maintain dividends in doubt, especially since it has consistent debt maturities due in each year going forward.”

• Even without the coronavirus disruption, Kraft Heinz’s KHC, -2.26% cash flows “would have been insufficient to cover all of its upcoming debt obligations, suggesting that the firm will likely need to refinance,” Spivey wrote. “However, with a lackluster recovery rate on unsecured debt, the firm’s massive dividend is a prime target to be cut.”

• Kellogg K, -0.97% has some protection from the coronavirus disruption because of its presence in grocery stores, which have remained open. If the company is able, as usual, to refinance maturing debt this year, the company “won’t need to cut key obligations like capex, R&D or dividends,” Spivey wrote. However, he believes the dividend will be at risk “if there is any greater credit market disruption.”

• Like General Mills and Kellogg, Campbell Soup’s CPB, +0.55% strong presence in grocery stores “shields it from some of the headwinds facing other companies,” according to Spivey. But he is concerned about “a massive debt head wall in 2021,” and expects the company to “struggle to refinance at reasonable rates,” which means it may have to cut its dividend to boost liquidity.

• Sealed Air’s SEE, -4.42% “food care” business faces disruption and, “with large debt payments due in upcoming years, the firm may have to reduce costs by cutting capex or even decreasing its dividend payouts,” Spivey wrote.

Valens Research was founded by Spivey and Joel Litman, the firm’s chief investment strategist. The company employs over 100 analysts. As an independent research provider, Valens says it’s free to take an entirely objective approach in crunching numbers and selling reports and data to clients. This is in contrast to Wall Street analysts, who must keep in mind that a major portion of their firms’ business is selling stocks to brokerage clients.

During an interview April 28, Spivey described Valens Research’s use of uniform accounting to analyze about 32,000 publicly traded companies globally, and “restate” all of a company’s financial statements. The aim is to present a better representation of “what real economic profitability is for a business,” and to enable uniformity so that companies can easily be compared with each other.

“This is incredibly important for credit and equity investors,” Spivey said.

For example, he emphasized the importance of looking more deeply into a company’s capital structure, beyond typical debt ratios. It is especially important to know when portions of a company’s debt will mature and consider whether the debt can easily be retired, or if it will need to be refinanced. The timing and market conditions can shed light on the likelihood of a dividend cut.

The uniform accounting standards that Litman and Spivey developed address this type of comparison problem, in addition to the prevalence of adjusted figures being used by companies in their earnings announcements.

“We make over 130 adjustments to GAAP,” referring to Generally Accepted Accounting Principles, Spivey said. “There may only be five or six that matter for a given company, but we do not always know what they will be. So we make [the same] adjustments to all of them to make the uniform standards.”

The same adjustments are also applied to non-U.S. companies, so that “every single company over a $10 million market cap globally” is covered, he said.

Spivey and Litman created an organization, the Uniform Accounting Council, which you can read about here. The council’s site includes detailed descriptions of accounting inconsistencies and adjustments made under uniform accounting.

PrevPreviousCoronavirus cases drop by up to 44% due to shelter-in-place orders, study drawing on CDC data shows
NextPlanning for retirement and stressed out? Here’s a silver liningNext