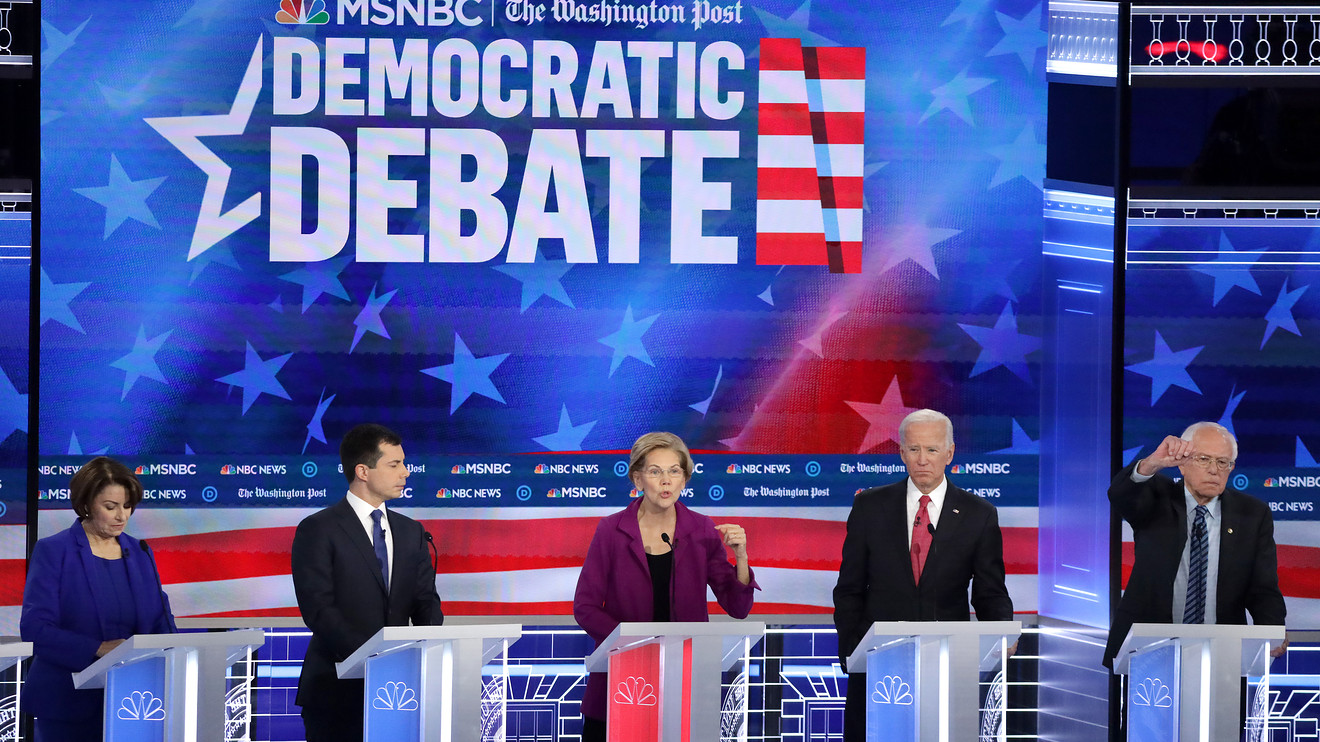 Democratic candidates have voiced their opinions on climate change, universal health care and the current president for months, but Tuesday marks the seventh and last debate before primary voting begins — and they still haven’t talked much about Americans’ future financial security.

Candidates have only a limited time on stage to persuade voters, but they’ve missed a big opportunity in the last six debates.

Retiree issues are important because they (ultimately) impact all voters. Most urgently, there is a large segment of older voters — who tend to vote more than their younger counterparts — but all Americans will age, and they need to know if — and how — they can be comfortable and financially secure when they do.

Social Security is faltering, Americans aren’t saving enough, some companies’ pensions are going bankrupt and there’s little clarity over other complex topics within retirement and aging, such as how to get the best advice from financial professionals and what benefits will be available for them in old age. Tuesday’s debate would be a good time for them to share their thoughts.

Some presidential hopefuls have mentioned retirement and old age on the campaign trail. Pete Buttigieg of Indiana said he wanted older Americans to have more choices for long-term care, and during the fourth debate, Sen. Amy Klobuchar of Minnesota said long-term care was something “regular Americans” care about. She referred to the aging population as a “silver surge.”

Still, more can be done, retirement experts say. Here are a few talking points that could help voters make their decisions:

The two trust funds that support the Social Security system are expected to run out of money within the next 15 years, if that happened Americans would still receive a benefit — but about 80% of what they’re owed.

Candidates and politicians typically stay away from discussing Social Security, which is considered the “third rail” of politics, but Americans need answers, said Alicia Munnell, director of the Center for Retirement Research at Boston College. “It is time to start talking about Social Security — it is the backbone of retirement,” she said. “The American people need to know where candidates stand.”

Although their positions may be similar, considering they’re all Democrats, it would help to hear blueprints for how to bolster Social Security, such as proposals to avoid cutting benefits or even if they think it’s possible to expand the program, she said. About 40% of older Americans rely on Social Security alone in retirement, according to the National Institute on Retirement Security. Social Security benefits typically replace 40% of preretirement income, though advisers suggest retirees should have enough income (between savings, Social Security and other sources) to replace 70% of their previous salary. The estimated average Social Security retirement benefit in 2020 is $1,500 a month, according to AARP.

Going to the wrong financial adviser for retirement advice could cost Americans their life savings. An Obama-era legislation called the fiduciary rule intended to mitigate some of the risks, and potentially high fees, that clients have when they’re looking for a financial adviser to help them plan for their futures. The fiduciary rule was killed early on in the Trump administration.

Financial advisers still say having an understanding of what types of advisers there are would help retirement savers and retirees immensely.

“Yes, retirement savings plans, Social Security, etcetera, are important, but if the advisers who disseminate that advice are not operating as true fiduciaries, Americans are still in harm’s way,” said Ian Harvey, a financial adviser at Bridgewater Advisors in New York.

This could also lead to further discussion about financial education, Harvey said. “We need to expose Americans to financial matters sooner and educate them on how to get started on their own.”

Also see: If your student debt disappeared, would you save more for retirement?

Not all Americans are prepared for retirement. Only about half of workers have access to a 401(k) plan, and even when they do, they may not be able to afford to save enough for a comfortable retirement. Pensions are far less popular than they were 40 years ago, when 401(k) plans were first introduced, and some multiemployer plans are failing (which means the retirees participating in them will get a paltry benefit). Those who have trouble saving cite having other financial responsibilities, including expensive rents and mortgages, debilitating student loans and child care or parental assistance.

States are beginning to get more involved. California, Oregon, Illinois and others have implemented or introduced legislation that provides (and in some cases, requires) individual retirement accounts for businesses to offer their employees. These accounts are treated as a 401(k) plan, where workers can contribute a portion of their paychecks to a retirement plan. The programs, known as auto-IRA plans, automatically enroll employees in the program, and a few automatically escalate contributions as well.

Many Americans, especially younger ones, fear they may never have a chance to retire. It would be eye-opening if the candidates discussed where young people, specifically, fit in and how they can be on track to financial stability, said Jamie Hopkins, director of retirement research at wealth management firm Carson Group in Omaha, Neb. “The whole notion of retirement seems very far away,” he said, especially when they’re focusing on present-day financial struggles, like expensive child care or paying down student debt.

Retirement savings become the lifeline of Americans in old age, and discussing coverage plans and efficient ways to put money away for the future could benefit voters now, and in the long run, Munnell said.

“No matter what we do with Social Security, most people will need something on top of that,” Munnell said. “The people who are relying only on 401(k)s, or people who don’t have anything but Social Security, are going to face great stress in retirement.”

PrevPreviousOutside the Box: How to age with financial grace
NextThe Number One: People trust Amazon and Google more than the police or the governmentNext