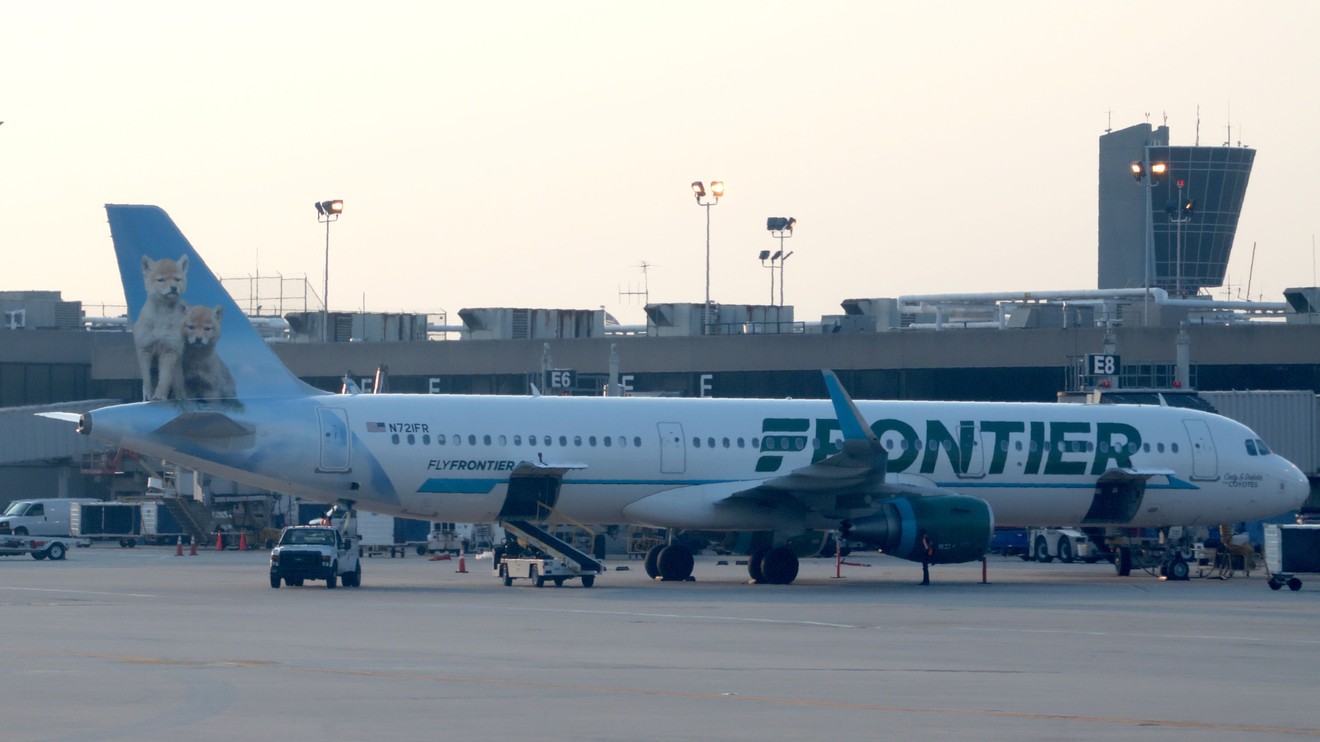 Passengers looking to change or cancel their flights on Frontier Airlines because of coronavirus concerns may be out of luck, it now appears.

The airline, which is owned by private-equity firm Indigo Partners, seems to have rescinded a previously announced policy of waiving some flight-change and cancellation fees amid the coronavirus outbreak.

Frontier had told MarketWatch earlier this week that customers with existing reservations between March 3 and 16 would be allowed to change their flights or cancel them for a flight credit valid for 90 days, free of charge. Major airlines including American AAL, -0.43% , United UAL, +0.98% and Delta DAL, +1.95% have enacted similar policies recently as the coronavirus outbreak has spread.

However, multiple passengers have reported that they are still being charged these fees, despite the announcement.

Martin Semeraro, 36, called Frontier Airlines on Saturday to cancel round-trip tickets for him, his wife and their three kids. The Rhode Island family was planning to take their annual trip to Naples, Fla., to visit Semeraro’s parents, who live in a retirement community there, but chose to cancel their trip. His parents had expressed concern about what might happen if the family contracted the novel coronavirus and then spread it to other residents in the community, as health officials have said elderly people face a higher risk of death from the virus.

When Semararo managed to speak with a customer-service representative, though, he was told he’d be on the hook for cancellation fees, he said. “He put me on hold for a few minutes and then came back on and said, ‘All right, it’s going to be $119 a ticket to cancel your ticket,’ ” Semeraro, who works in information technology for an insurance company, said. “And you’re canceling for credit that you only have 90 days to book, which is not a particularly customer-friendly policy to begin with.”

Frontier Airlines media representatives did not respond to multiple requests for comment. MarketWatch called the airline’s customer support hotline and was told by a customer-service representative that the airline was, in fact, charging fees for changing or cancelling flights.

Frontier Airlines charges $119 per ticket to cancel or change a flight 13 or fewer days prior to departure. Between 14 and 59 days before departure, passengers must pay $79 (or $49 if the ticket was purchased before Sept. 13, 2019) to make a change or to cancel. Sixty days or more before departure, changes are free.

If a customer changes flights, they are subject to differences in fare. Cancellations will result in a refund in the form of a flight credit that must be used within 90 days.

Customers can get a fully refundable ticket on Frontier by purchasing the airline’s “the works” bundle with their ticket. This bundle varies in price, starting at $59 for a one-way flight, according to travel website UpgradedPoints.

Semararo said his family is waiting a few more days before taking the plunge and paying the fees to cancel in hopes that the airline ultimately will waive the fees. He said the experience has made him hesitant about booking a flight with the low-cost carrier in the future.

“I have a certain expectation with how they treat their customers and how they manage their customer service, and they’ve definitely failed on this one big time,” he said.

PrevPreviousBen Carson on Grand Princess when ship docks: ‘I don’t want to preview the plan right now … particularly when it hasn’t been fully formulated’
NextHere’s the EPA’s list of over 300 coronavirus-fighting cleaning productsNext