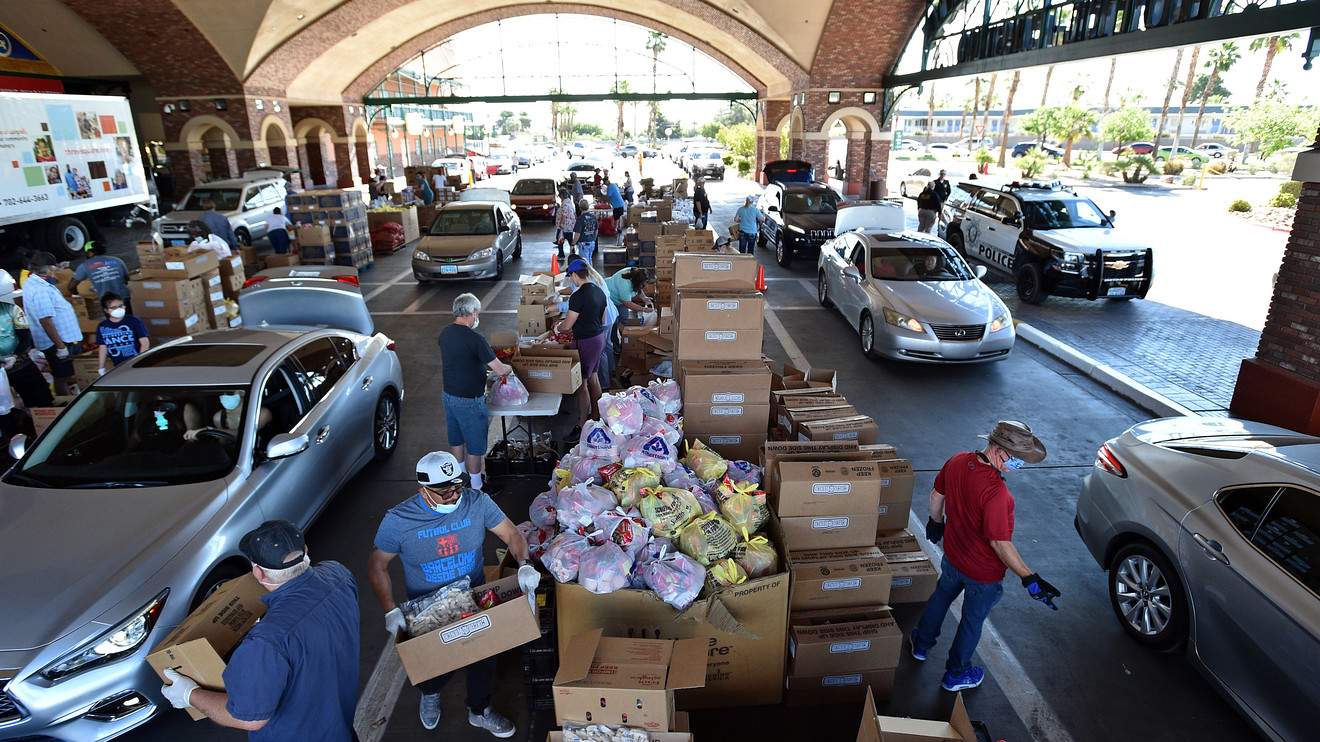 An annual online giving campaign that raises billions for charities is holding an emergency version of the event to help people suffering as a result of the coronavirus pandemic.

Giving Tuesday usually happens on the Tuesday after Thanksgiving, but this Tuesday, May 5, organizers are hosting Giving Tuesday Now “as an emergency response to the unprecedented need caused by COVID-19,” organizers said.

“Communities are encouraged to take action on behalf of first responders, as well as the world’s other — often forgotten — frontline workers: the nonprofits and community organizations that feed, house, educate, and nurture neighbors impacted by the global pandemic,” Giving Tuesday organizers said in a statement.

Giving Tuesday raised $2 billion for U.S. nonprofits in 2019, but since then, the pandemic has dealt a double blow of illness and economic hardship. More than 30 million workers have lost their jobs.

Some 41.5% of U.S. adults say their households have lost jobs or income because of the coronavirus outbreak, and among those, 42% said they could not pay for basic expenses such as rent, mortgage, utilities, groceries or medical care in the past month, a survey conducted between March 25 and April 10 by the Urban Institute and funded by the Robert Wood Johnson Foundation found.

But even people who can’t afford to donate money to a charity can make a difference, say the organizers of Giving Tuesday Now. In a guide on how individuals can contribute, Giving Tuesday organizers suggest virtual volunteering, posting a video that shares a useful skill, or running errands for a neighbor who’s alone, or just checking in on them so they can hear a friendly voice.

People who have the financial wherewithal can find vetted charities to donate to on the charity rating websites Charity Navigator and CharityWatch. To donate in your own backyard, community foundations and the United Way are two options. Food banks have seen a surge in demand as many cope with hunger. To find one in your area to donate to, check the Feeding America website.

See also:6 ways to help others during the coronavirus outbreak — ‘Everyone is a responder in this crisis’

The pandemic and its economic fallout have hit certain groups harder than others, with African-Americans and other people of color bearing a disproportionate toll of the health impacts. Meanwhile, many low-wage workers face the double risk of contracting the virus and suffering financially. The social isolation of the pandemic is also creating troubling ripple effects, including concerns about an increase in domestic violence and child abuse.

“The most vulnerable among us will be hit the hardest and take the longest to recover,” Regine A. Webster, vice president of the Center for Disaster Philanthropy, told MarketWatch in March. “Remember there will be physical health, mental health and economic impacts of the pandemic long after the initial outbreak.”

Some generous Americans have already donated part or all of their $1,200 stimulus checks to charity. People who donate to charity this year can deduct up to $300 of their donation from their taxable income without itemizing, thanks to new rules created by the CARES Act.

Big-name philanthropists and corporations have poured money into responding to the COVID-19 crisis. The Bill and Melinda Gates Foundation, led by Microsoft MSFT, +2.44% co-founder Bill Gates and his wife, has pitched in $256 million; Twitter TWTR, +1.40% co-founder and CEO Jack Dorsey pledged $1 billion of Square, Inc. stock, Google GOOG, +0.46% pledged more than $800 million, much of which will be in the form of ad credits to small businesses.

Giving Tuesday was created in 2012 by the 92nd Street Y and the United Nations Foundation as a way to promote generosity. This year’s Giving Tuesday is scheduled for Dec. 1, 2020.

PrevPreviousCityWatch: Alcoholism, anxiety and other personal battles: In New York City and beyond, people trade in-person support for remote alternatives
NextTheir Stories: In vulnerable communities, Lorena Borjas was who you turned to for helpNext