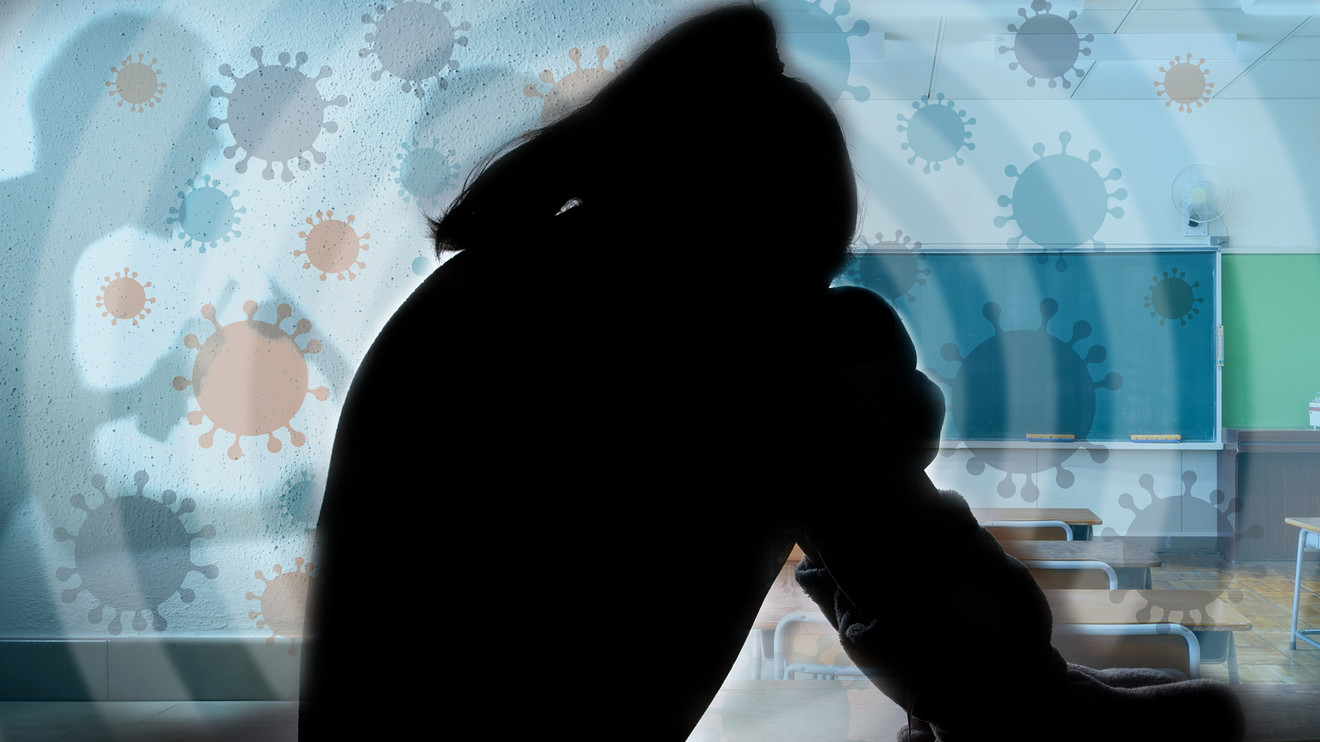 As COVID-19 has driven America indoors and cratered many families’ finances, child-welfare advocates fear that the combination of isolation, anxiety and economic stress could spawn a rise in child abuse and neglect — and they already see some warning signs.

Vulnerable children are now trapped at home with perpetrators and largely hidden from the teachers, counselors, doctors and social workers who would normally observe and report signs of abuse or neglect, experts say. Meanwhile, many parents must contend with pressures related to job loss or remote work while they also homeschool and care for children.

“Unfortunately, this is a perfect storm of increased access and increased family stress and financial pressure that makes kids that much more vulnerable to abuse,” Teresa Huizar, the executive director of the National Children’s Alliance, an accrediting organization for children’s advocacy centers, told MarketWatch.

With the closure of schools and afterschool programs eliminating a primary source of reports to child protective services — education personnel make up the largest share, at about 20% — advocates are now hearing anecdotal reports of significant reductions in child abuse and neglect reports, said John Sciamanna, the vice president of public policy at the nonprofit Child Welfare League of America (CWLA).

“At this point, our best guess is that the number of reports to the hotline that do seem to be going down in a lot of locations is because the children are just not in the places where they’re being observed,” CWLA’s president and CEO, Christine James-Brown, told MarketWatch.

Jessica Bartlett, a child-welfare expert and co-director of early childhood research at the research organization Child Trends, summed up the predicament this way: “We’ve lost a big piece of our eyes and ears.”

Child-welfare advocates lack access to real-time data on child abuse and neglect, but they are watching a number of other indicators, Bartlett said. For example, some states are seeing increases in sexual-abuse reports and abusive head trauma, a form of physical abuse involving injury to a child’s brain, said Madeline Matar Joseph, an American College of Emergency Physicians spokeswoman and a pediatric emergency physician at the University of Florida College of Medicine in Jacksonville, Fla.

“The frequency of most serious cases in hospitals has increased,” Joseph said in an email. “Last year, in March and the first week of April, there were three children hospitalized at Wolfson Children’s Hospital [in Jacksonville] for abuse — all with fractures. This year there were eight. Seven of the eight had head trauma from abuse and one child unfortunately died.”

Meanwhile, the nonprofit Childhelp’s National Child Abuse Hotline saw a roughly 10% uptick in the volume of calls, texts and online chats compared with the same time last year as widespread closures and quarantines took effect in early March, said spokeswoman Daphne Young. By the end of March, connections to the hotline had increased 31% and have remained at that level.

Domestic violence, which often occurs alongside child abuse and neglect and causes harm to children exposed to it, also appears to be on the rise. “They’re not parallel problems; they’re often joint problems,” said child-abuse pediatrician Nina Agrawal, an assistant professor of pediatrics at Columbia University Medical Center. “We’re seeing the red flags, and it’s really just the tip of the iceberg.”

How the COVID-19 recession could affect child abuse rates

As jobless claims soar due to mass business closures, experts have invoked the United States’ last recession while forecasting the potential increase in child maltreatment. But the pandemic appears to be “like recession-plus,” Huizar said — carrying all the problems of a typical recession, with unique factors like isolation to boot.

“I think that likely we are going to see an increase even over the types of numbers that we saw in the Great Recession,” she said. “That’s certainly what all of us in the field are very afraid of.”

Data on how recessions affect abuse and neglect rates have been mixed: A 2015 report by the Pew Charitable Trusts noted that federal statistics tracked a decrease in overall child-abuse rates during the Great Recession, but added that neglect report rates grew by nearly 22% from 2007 to 2009. Hospitals also reported a rise in “injuries consistent with abuse,” such as head and brain trauma, the report said.

Meanwhile, one 2017 study published in the Children and Youth Services Review linked the Great Recession with increased risk for child abuse, especially in households with a “social father” (that is, a romantic partner not related biologically to the child). “Widespread economic uncertainty may have increased maternal harsh parenting during the Great Recession,” the authors wrote.

The research also linked the recession to a decreased risk for child neglect, suggesting that “individual experiences of economic hardship are more closely related to neglect than are macroeconomic measures” such as consumer sentiment and unemployment rates.

“ ‘We normally may be able to tolerate behaviors or things that our kids do, but when we don’t have those other bits of resources — even our medications or the ability to get out of the house and go have a cup of coffee with a friend — it can push people over the edge.’ ”

— Arne Graff, a family physician at the Mayo Clinic and expert in child physical and sexual abuse

But even during the last recession, “people at least had access to everybody else,” said Arne Graff, a family physician at the Mayo Clinic and expert in child physical and sexual abuse. “People got out and were able to seek some help,” he said. “With COVID and the isolation, people are very much in their own house.”

Some caregivers might be short on financial or mental-health resources during this time, Graff added, and be pushed beyond the capacity of their coping skills.

“We normally may be able to tolerate behaviors or things that our kids do, but when we don’t have those other bits of resources — even our medications or the ability to get out of the house and go have a cup of coffee with a friend — it can push people over the edge, and they do things that they would not normally do,” he said.

What you can do to help

Just as Americans have played their part in the public-health approach to mitigating coronavirus, “everybody needs to do their part in protecting children,” Agrawal said. “We’re staying socially isolated, we’re wearing face masks, we’re looking out for the health of our communities,” she said. “Child abuse is a public-health problem as well, so we need a community response.”

To that end, Agrawal this week launched a “3 Ls” campaign to protect children during the pandemic. The three Ls are Look (keep in touch virtually with children, taking note of any unexplained injuries or signs of distress), Listen (ask how they’re feeling and be mindful of any behavioral changes) and Love (let them know you care about them and they’re not alone, and pass along Childhelp’s hotline number, 1-800-4-A-CHILD or 1-800-422-4453).

And while you might not be able to see kids in your neighborhood with the same ease and frequency these days, pay attention from a safe distance when you do spot them outside. “I’m just going to notice, do they seem OK, normal, healthy?” Huizar said.

If you observe something concerning — not ordinary bumps and bruises that kids get from falling down in the yard, but a black eye, an injury that doesn’t match up with the story they tell, or a normally outgoing child’s extreme and sudden withdrawal — report it, Huizar added. Call your state’s child-abuse reporting number or the Childhelp hotline so that trained professionals can investigate.

While we need policies to provide support for housing, food and other resources, Bartlett said, you can also donate to organizations that help people meet their basic needs. After all, poverty can increase the risk of child maltreatment. “If we make sure that families have enough to eat and a safe place to sleep and everything they need to get through a day safely, that’s very likely to reduce the amount of child abuse and neglect that happens during COVID,” she said.

Ask caregivers how they’re doing and whether there’s anything you can do to ease their burden from afar, Graff said. This can provide “a little bit of reassurance to parents that they’re not alone, even if they might feel like the world’s kind of caving in,” he said.

Find creative ways to help, James-Brown added: Try taking the kids off their hands for a couple of hours by playing a game with them over Zoom ZM, +1.92% or FaceTime AAPL, +1.75% , for example, or order the family pizza one night so the parents don’t need to worry about cooking dinner. Grandparents are a valuable resource during this time, Huizar said, as they can provide virtual homework help, advice and support.

“All of those little kindnesses really matter, and they really help protect kids. When families know that somebody else is noticing, that also matters,” Huizar said. “The kindness is genuine and the attention is genuine, but it does two purposes: One is to offer help; the other is to say, ‘I’m noticing.’”

PrevPreviousMark Hulbert: Social Security and the coronavirus: A second look
NextOutside the Box: Working Americans need a way to automatically save for emergencies like COVID-19Next