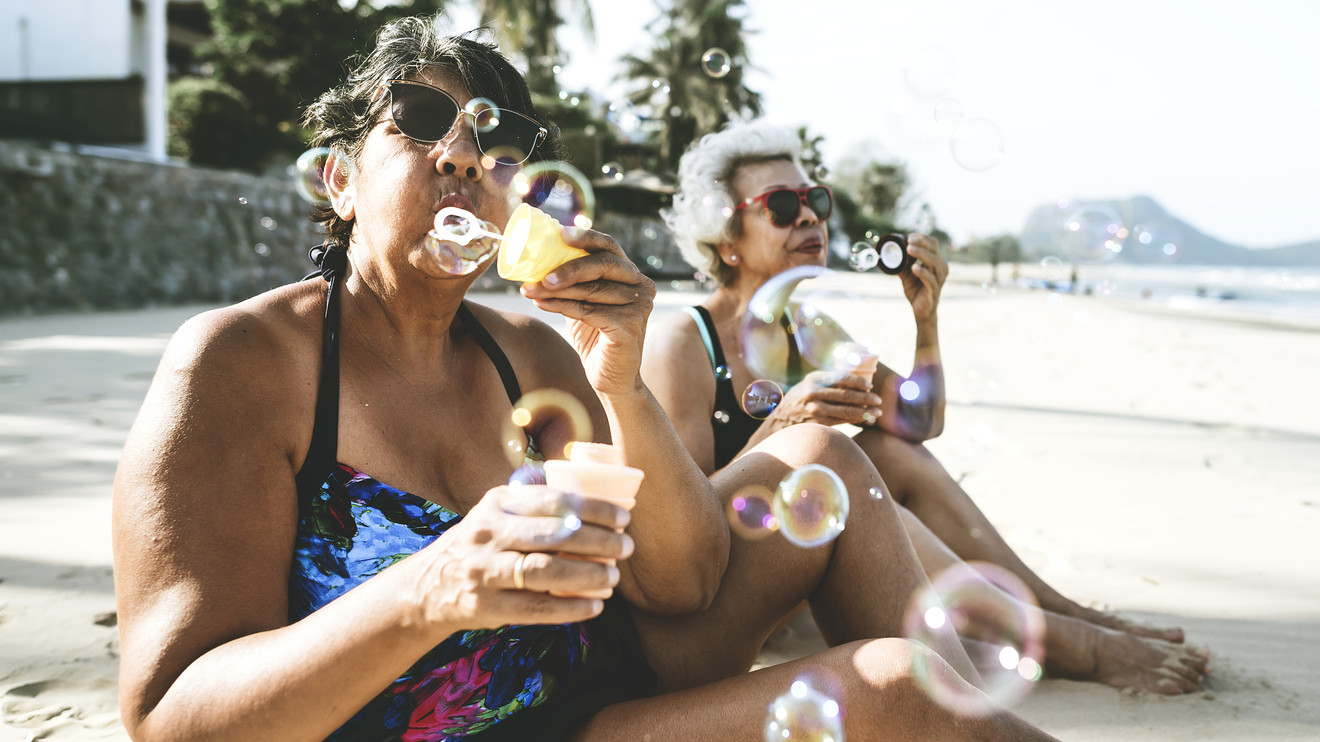 People spend many hours planning for retirement, fretting over whether to put money into a 401(k) or a Roth IRA, debating whether to buy an annuity or calculating a payout strategy to make sure they don’t run out of money.

But they probably spend far less time thinking about what they want to accomplish in retirement. Yes, accomplish. To many people retirement is the absence of purpose and goals. With their career over and the kids presumably gone (if they had kids), it’s a time to relax and enjoy life free of pressure and responsibility.

Nothing wrong with that. But retirement is changing. People are living and working longer, either full or part time (if their employers let them). The old model of ending your career and then sitting in a hammock or playing golf for the rest of your life doesn’t work for a lot of people anymore.

So, it might make sense to, as I put it in my recent column on retirement New Year’s resolutions, craft a mission statement for your retirement. You may no longer have career goals, but you should set some life goals. It could be something as simple as “seeing the grandkids more often” or completing some unfinished business. But it could also mean thinking deeply about what your life has meant and making retirement its capstone.

Our lives have many phases, as one great thinker, Erik H. Erikson, explained. Erikson, who studied psychoanalysis in Vienna, fled Nazi Germany for the U.S. where he had a long teaching and research career despite never earning a Ph.D. He invented the term “identity crisis” and wrote the first psychobiographies—of Martin Luther and Mahatma Gandhi. I read his work in college and it has stayed with me.

Erikson believed there are eight stages of human development. At each age, starting with infancy, human beings have to overcome specific conflicts and challenges to move healthily to the next stage. Unresolved conflicts at any point can echo through people’s lives and manifest later on as neurosis or dysfunction. Successfully navigating each stage builds a strong foundation for a happy, fruitful life. (You can watch the Khan Academy’s brief, nifty tutorial here.)

The last two stages Erikson described are most relevant for us. He called the seventh stage middle adulthood, and said it lasted from age 40 to 65. (But because people are marrying and having kids later, that stage may overlap with the final stage). Here, the principal conflict individuals face is between “generativity” and stagnation. It’s usually the prime of people’s careers and the time they either raise children of their own or find other ways to help future generations.

In the final stage, the conflict to be resolved is between integrity and despair. This stage, Erikson wrote, “is a retrospective accounting of one’s life to date; how much one embraces life as having been well lived, as opposed to regretting missed opportunities.”

Making peace with the life you’ve lived is, according to Erikson, essential to contentment and wisdom; it also may give you equanimity in the face of looming mortality. While you’re healthy, you may have the opportunity to do what you’ve always wanted and never had the time to do.

Finances play a role here, of course. If you’re finally free to travel the world, that will cost money. So will buying that beachfront dream home or dining out at gourmet restaurants every night.

But it may not be too expensive to care for older parents, reconcile with distant siblings, get to know your kids or grandkids. let alone re-establishing old friendships or finding new ones. And of course, it also could be about connecting more deeply with your spouse or significant other.

Are there hobbies you wanted to spend more time doing? Now’s your chance. Do you have a good singing voice? Join a choir or perform at senior centers. Always wanted to try your hand at painting or pottery? Go for it.

This also could be an opportunity to get more involved with your church, mosque, temple or synagogue. Not a believer? There’s lots of philosophy to read and discussion groups to join. And lifelong learning programs have sprung up everywhere.

Finally—and this is where the last two stages of Erikson’s life cycle converge—there are many community organizations that can use your help. Deliver meals to the homebound elderly, read to underprivileged kids, use your professional expertise to help minority entrepreneurs or poor families that need legal assistance.

Nothing is more satisfying than helping people in need and nothing gives you as much of a sense that even at this, last stage, you’re being productive and leading a life well lived. That, I think, is where true wisdom and happiness lie—at any age.

PrevPreviousOutside the Box: What John Bogle might say about the coronavirus and your investments
NextCan I still afford to retire? The coronavirus has upended jobs, spurred a market downturn — what now?Next