If you’re depressed about all the money you’ve lost in the stock market, learn to profit from chaos 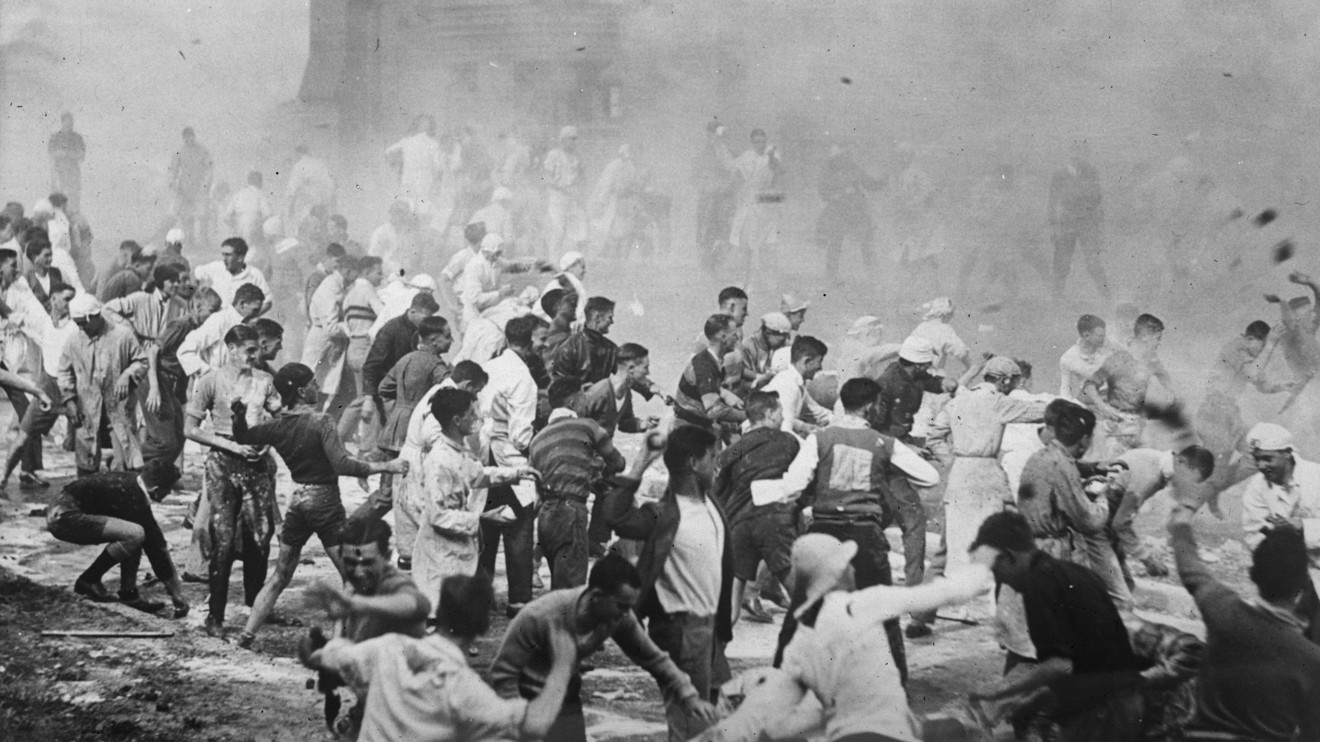 As you have probably noticed, stocks are a wee bit more volatile these days. We’ve reached levels of volatility similar to what we experienced during the financial crisis in 2008, and before that, the Great Depression. It’s pretty intense.

I can tell you one thing: If you can handle this, you can handle anything. I would characterize any move over 2% in the stock market SPX, +0.60%  as large. Ten percent is, well, the largest since the crash of 1987.

In a plain-vanilla sense, you are probably wondering how to mitigate the volatility in your portfolio, which is freaking out. You could step into your time machine, go back a few months and buy some bonds. Except, even bonds TMUBMUSD10Y, -6.22%  are not helping now.

All kinds of wacky stuff is happening in the bond market, and bonds aren’t really providing any diversification benefits anymore, as risk-parity strategies unwind.

Gold GC00, -1.51%  is supposed to provide some diversification benefits, but isn’t, because of liquidation. Commodities, no help. Real estate, no help.

The stark reality: In a crisis, correlation goes to one, and everything moves in lockstep. And that is the problem with 95% of portfolios out there.

Correlation causes weird stuff to happen. I heard about a high-yield muni bond fund that sank 16% in a day. No way in a million universes should that happen. Correlation. Someone is losing money over there, so he has to sell a winner over here. That is happening times a thousand in the markets right now.

Stocks, bonds, currencies, gold, everything is moving like a marching band — but in ways that you would not expect. You have no idea where the weaknesses are until it’s too late.

I will borrow a little Nassim Taleb for a paragraph — it’s about the difference between building portfolios that are fragile versus those that are antifragile. As most people have found out in the past few weeks, they had fragile portfolios. Most people did.

You want to build a portfolio that gains from disorder. Not many people did that, outside of some vol funds and the tail-risk guys, who do that sort of thing for a living.

You can’t be a tail-risk fund, so don’t even think about it.

The reality is that we are all more or less long-only investors, and once every 12 years we are going to get clubbed over the head with a baton. You can take steps to mitigate this (like the 35/65 portfolio), but the tradeoff is lower returns. So, is there no hope?

Let me speak briefly about sentiment trading and asymmetry. One of the cool things about being a sentiment trader is that you are always betting against the crowd. If people are excessively bearish, you’re bullish, and vice versa.

The nice thing about this is that it frequently puts you in low-risk trades where there is significant asymmetry — you can make more than you can lose.

Of course, none of us know what the real probability distribution is, but if you have some experience and a nose for crowd psychology, you will be risking a little to make a lot, rather than risking a lot to make a little.

The source of value investing

Whenever I trade, I think about this asymmetry (which some people might call optionality). It’s one of the reasons I’ve been short Canadian banks all these years — even in the best-case scenario for the Canadian banks, I never perceived a lot of upside. And that was the right call.

Value investors do this, too — they invest in things with a margin of safety. Sentiment trading is a distant cousin of value investing.

When you invest this way, you tend to be less exposed to large shocks. Often you will have built a portfolio that gains from disorder. And it always helps to have a hedge — buying a few deep out-of-the-money puts is never a bad idea, as long as you remember to sell them.

If you didn’t get it right this time, for the killer virus, make sure you get it right for next time, when the asteroid hits.

Jared Dillian is an investment strategist at Mauldin Economics and a former head of ETF trading at Lehman Brothers. Subscribe to his weekly investment newsletter, The 10th Man, and listen to his daily radio program, The Jared Dillian Show. And follow Jared on Twitter @dailydirtnap.

PrevPreviousDispatches from a Pandemic: ‘The fates of the refugees and their Jordanian hosts are intertwined.’ What coronavirus means for Jordan — and its Syrian refugee population
Next‘Landlords are just trying to pay bills like everyone else.’ The coronavirus could hit mom-and-pop landlords hard as tenants miss rent paymentsNext