I’m nearing retirement but was just laid off. What should I do? 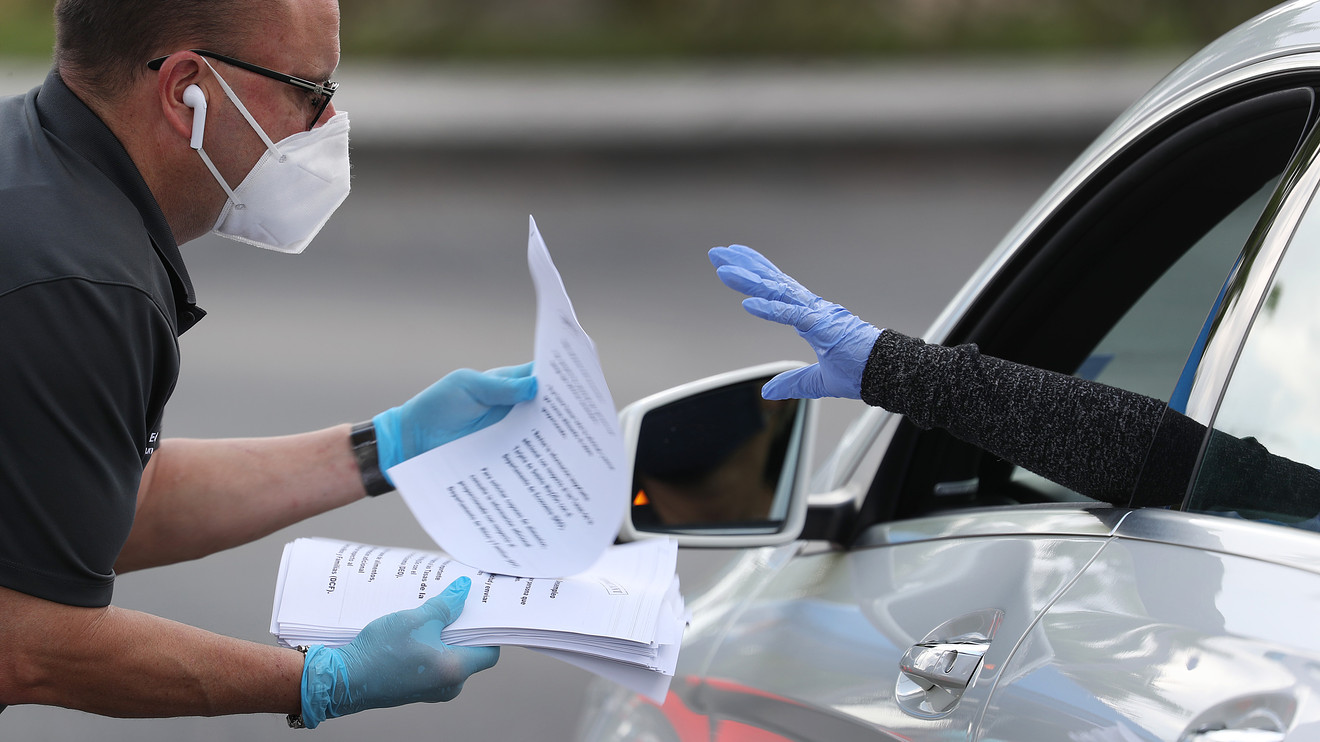 Nearly 17 million people have become unemployed in the last month as a result of coronavirus-linked shutdowns and slowdowns. It’s a scenario that could be detrimental to anyone’s finances, especially if they’re nearing retirement.

At least 1.2 million people age 55 and older were unemployed in March, up from just about 1 million in February, according to seasonally adjusted figures from the Bureau of Labor Statistics. The unemployment rate, which is the number of people in the workforce divided by the number of those who are unemployed, for this demographic was 3.3, up from 2.6 the month before. But these figures are preliminary — the numbers are based on the BLS Current Population Survey of households, which is based on a monthly survey of 60,000 households conducted until the middle of each month.

“It’s very hard for people to lose their jobs when it’s not on their own terms,” said Nate Wenner, principal and a senior financial adviser at Wipfli Financial Advisors. “People have this idea of how they’d like to end their career and under what circumstances.” Not everyone can afford to exit from the workforce entirely when they’re just a few years out from retirement either, he said.

Losing a job is always a stressful situation, especially during a health crisis, but it can be particularly devastating for individuals close to retirement. This demographic is more likely to suffer age discrimination when looking for a new position, they may still need health care coverage after being unexpectedly separated from their employer and they may still have years to go until they have saved enough for their retirement.

The coronavirus has caused companies across the country to shutter, including concert venues, sporting events, restaurants and retail stores. Initial jobless claims have increased 3.3 million, then 6.8 million, followed by another 6.6 million in the last three weeks, beginning in the middle of March.

Weekly statistics show how dire the situation may be for many more Americans.

According to the weekly updates, about 1.5 million more people were jobless for less than five weeks, bringing the total up to 3.5 million in March for that group. Another 1.4 million worked part time, instead of full-time as they would have preferred, for a total of 5.8 million last month. They were working part time because their hours had been reduced or they couldn’t find full-time positions, the BLS said.

See: Here’s what happens when someone is forced to retire because they’re ‘old’

Here’s what financial advisers suggest Americans do if they’ve lost their jobs but aren’t ready to retire:

Figure out your financial situation

Workers need to assess where they stand financially, so that they can know what it takes to retire. Thomas Duffy, a financial adviser at Jersey Shore Financial Advisors, suggested asking a few questions, the first of which is: Can you maintain your lifestyle without working?

If the answer is yes, determine all sources of income, what health insurance will be used until Medicare kicks in, any major expenses coming up (like a wedding, trip or home renovation) and how inflation may impact cash flow in the next five to 20 years. Also, what are the unexpected expenses that may arise, like a broken down car or a roof that needs to be replaced?

If the answer is no, individuals should still figure out what their cash flow needs are, but also research benefits they’re entitled to and determine expenses that can be eliminated for the moment. Workers of all ages should also consider how much in salary they’d be willing to accept at a new job, he said.

The government’s recently passed stimulus package, known as the CARES Act, expanded unemployment benefits. Under the $2 trillion package, part-time and self-employed workers, including gig workers, are eligible for unemployment benefits, and state benefits are boosted with an additional $600 a week. Anyone whose workplace was closed due to the coronavirus crisis, who had to quit their job because of the disease, or who were supposed to start working but the job fell through because of the crisis are covered. Family caregivers also qualify.

Now is the time to get financially organized, said Evan Beach, director of wealth advisory at Campbell Wealth Management. “Financial lives are scattered and it makes it hard to take stock of where you are,” he said. Individuals may want to consolidate banking and investment accounts, but if they’re happy having numerous accounts, they should use software that aggregates all their information so they can see the numbers in one place. Mint and Personal Capital are two examples.

Even near-retirees who are relatively well-off may want to consider working in some capacity. “What happens a lot of the time is they think ‘My money will last,’ but they don’t think of the 20-plus years in retirement,” said Niv Persaud, managing director and founder of Transition Planning and Guidance. “That’s a long time to go without an income.” Social Security benefits can help, but most Americans can’t rely on those checks alone.

People with substantial savings may overestimate how long their money will last. Someone five years away from retirement might think they have enough money after all to retire if they’ve suddenly lost their job, but they should stick with their financial plans and look for another source of income if they’re in this situation, Wenner said. “Five years can make a huge difference,” he said. “By starting retirement five years sooner and having five years less of building that nest egg to be a more sizable amount, that can have a tremendous impact that they don’t see until they run the numbers.”

Some employers may offer a severance package, which is typically based on how long an employee has been with the company. Employees may be able to negotiate what the package offers, including bonuses or restricted stock awards as well as health insurance if it’s not covered.

“Make sure you’re getting the same benefits with the forced retirement as if you retired early,” Persaud said.

Employees should also ask if there are any opportunities to make final retirement plan contributions, which could include company matched contributions, said Rob Greenman, a financial planner at Vista Capital Partners.

Also see:This CFO couldn’t get hired at 61, so he started his own business

Losing a job could mean loss of health insurance. Individuals may need to purchase a plan from a private insurer or they could consider health care coverage under COBRA, short for the Consolidated Omnibus Budget Reconciliation Act. COBRA requires businesses with 20 or more employees to continue health care coverage for separated workers and their families, but there are limitations for how long coverage lasts. COBRA is also expensive, and not everyone can afford it. Beneficiaries must pay their portion of the premium, as well as their employers’ portions and a 2% administrative fee.

Brush up on your skills

Older Americans experience age discrimination in the workforce, and it’s even harder to fight in the hiring process. Still, it’s possible to overcome these challenges.

Applicants should build a web-based skill set, and create an online presence, such as having a full and updated LinkedIn profile. They should also accentuate skills they’ve learned throughout their careers, and highlight how their experiences are relevant and aligned with the position they want. It’s important to stay positive, and be wary of job postings that signal any sort of discrimination.

Losing a job right now doesn’t necessarily mean working with that employer is over for good, either, Persaud said. Some companies may not have the financial ability to keep everyone on payroll during this crisis, but they may come back to former employees in the future. “Don’t burn bridges,” she said. “When they lay off or offer early retirement, sometimes they turn around and rehire them because they need that knowledge.”

PrevPreviousBitcoin Cash (BCH) Climbs Higher After Halving Event
NextPersonal Finance Daily: More than half of renters say they lost jobs due to coronavirus and this tech CEO is paying restaurants to deliver meals to people in needNext