In One Chart: This map shows where American taxpayers are most likely to be audited — and it’s certainly not Washington, D.C. 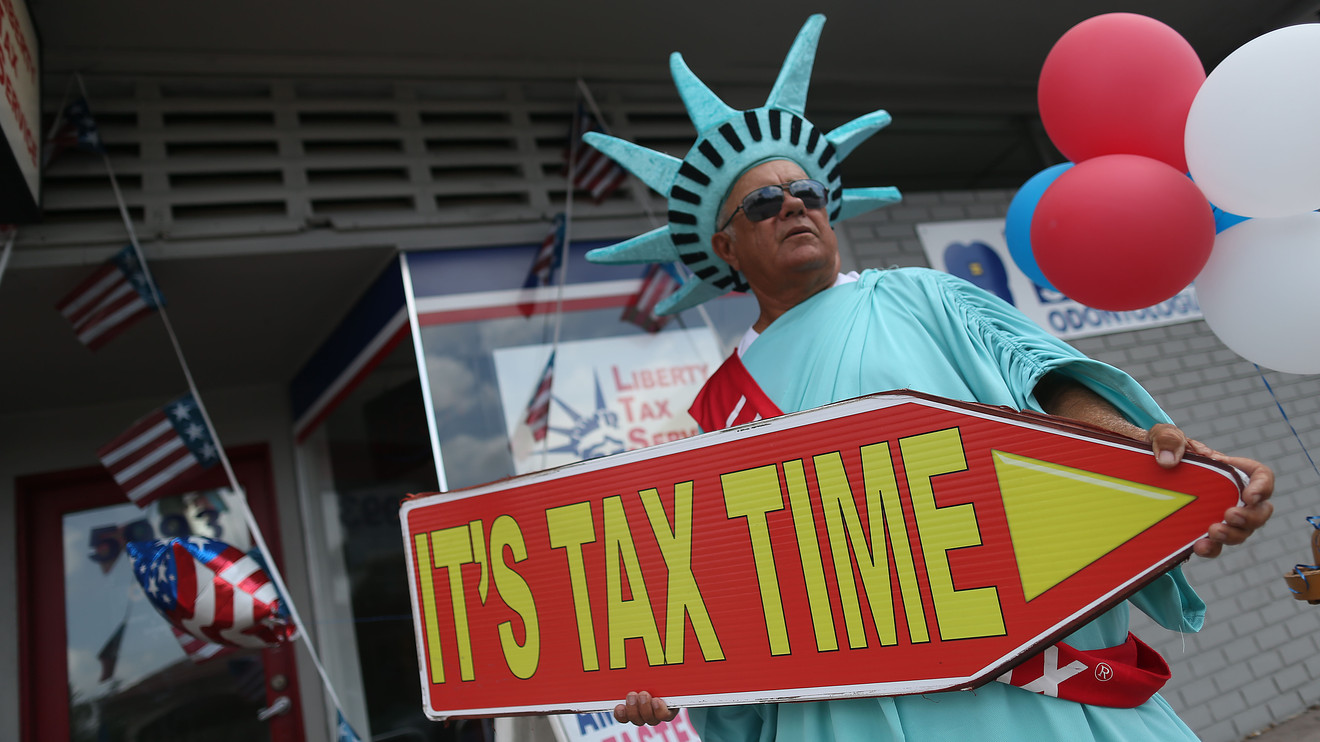 The tax man cometh after the working poor as much as the rich — if not more.

As allegations that President Donald Trump paid just $750 in federal taxes in 2016 and 2017 — and nothing at all in 10 of the previous 15 years — have renewed conversations about the fairness of the U.S. tax system, a map showing where Americans are most likely to be audited has come back into the spotlight.

The graphic first published in the industry journal Tax Notes last year and reported by ProPublica reveals that the five most audited counties in the country are all predominantly Black, rural areas in the Deep South. Audit rates are also very high in the largely Hispanic communities in south Texas, the counties with Native American reservations in South Dakota, as well as the poor, white counties in eastern Kentucky’s Appalachia region. In fact, the audit rates in these areas were more than 40% above the national average.

But the states that tend to be home to middle-income, largely white populations, including New Hampshire, Wisconsin and Minnesota, have the lowest audit rates.

What’s more, Humphreys County, Mississippi, where the median annual household income is just $26,000, is audited at a rate 51% higher than Loudoun County, Virginia, where residents boast the highest median income in the entire country at $130,000.

Check it out here:

So what’s going on?

One thing these poorer communities have in common is that many residents claim the earned income tax credit (EITC), an anti-poverty program for low- to moderate-income working individuals and couples, particularly those with children. And while the general rule is that the more money you make, the more likely you are to be audited, it turns out that EITC recipients are the exception: The IRS audits EITC recipients, whose annual income usually falls under $20,000, at higher rates than all but the richest Americans. EITC recipients were audited at twice the rate of taxpayers with income between $200,000 and $500,000 in 2017.

There are a few factors putting EITC recipients in the crosshairs. First, many people claim the credit by mistake, and ProPublica reports that Republicans in Congress have pressured the IRS to cut down on these overpayments, in particular.

The IRS has also suffered crippling budget cuts over the past decade, losing almost 30,000 full-time positions between 2010 and 2019 and leaving the tax collection agency with fewer auditors than it has had at any point since World War II. As a result, the overall audit rate has been falling. But while the IRS has audited the rich less, it’s continued to audit the poor at about the same rate. And that’s because IRS commissioner Charles Rettig has admitted that auditing lower-income taxpayers is easier and less expensive than going after wealthier ones. The audits are largely done by mail, and are “the most efficient use of available IRS examination resources.” He also said that the agency won’t be able to address the audit gap until Congress restores IRS funding.

But while auditing poor taxpayers may be more “efficient” with fewer resources at hand, the IRS is leaving hundreds of billions of dollars on the table by letting high net-worth taxpayers slide when they intentionally under-report their earnings, or they don’t file their taxes or pay their tax bills. Former Treasury Secretary Lawrence Summers, who served in two Democratic presidential administrations, reported last fall that the federal government could have $535 billion more in the coming decade if the IRS audited returns as often as it did back in 2011 — and focused those audits on millionaires and billionaires.

While high-net-worth returns may take more time to investigate, the IRS will get a greater return on its investment by looking into these cases compared to the lowest-earning Americans, Summers said. “Under-reporting is more than five times as high for individuals who earn $10 million or more annual than it is for those who make under $200,000 a year,” Summers wrote in his report.

The Treasury Inspector General for Tax Administration (TIGTA), an IRS watchdog, also reported in May that the IRS is ignoring hundreds of thousands of delinquent high-income taxpayers who owe billions of dollars in total. Between 2014 and 2016, the top 100 high-income nonfilers (taxpayers who don’t file a required tax return or pay their tax due in a timely manner) whom the IRS did not send delinquency notices to, and whose cases were simply shelved, owed about $9.9 billion in total taxes.

That “let it go” attitude (for the rich, anyway) has been adopted by some Republican pundits and voters, as well. Former U.S. senator-turned-Republican-commentator Rick Santorum told CNN on Monday that “If you have a lot of money, no matter what you do with the tax system, you can always game it.” And almost two-thirds of Republicans and right-leaning independents (64%) say the current tax code is fair, compared to just under one-third of Democrats and left-leaning independents, according to a Pew poll.

Related:Rick Santorum is not impressed with the New York Times story on Trump’s taxes — how many voters feel the same way?

Still, a November 2019 National Bureau of Economic Research report estimated that the IRS will fail to collect nearly $7.5 trillion of the taxes it is owed between 2020 and 2029 — but conducting more audits, particularly of high-income earners, could help generate more than $1 trillion in additional revenue to shrink that tax gap. And following the NBER and TIGTA reports, the IRS began conducting new audits on several hundred high net-worth individuals over the summer, with these examinations expected to run between July 15 and Sept. 30.

Brett Arends's ROI: Hoping to use your IRA to start your own business? Think again, says new bill

Outside the Box: 3 questions to answer before you make a career change

NewsWatch: Market analysts can’t agree on where stocks are going next. So double-check the data before you buy or sell

Mutual Funds Weekly: These money and investing tips can help you build a portfolio for all seasons

Crypto: Why the debut of tipping bitcoin on Twitter isn’t just about tipping

PrevPreviousBitcoin is All Grown Up and the Future is Bright
NextCityWatch: New York state’s coronavirus infection rate highest since JulyNext