Lost your job-based health insurance during the coronavirus pandemic? Here’s how to get coverage before time runs out 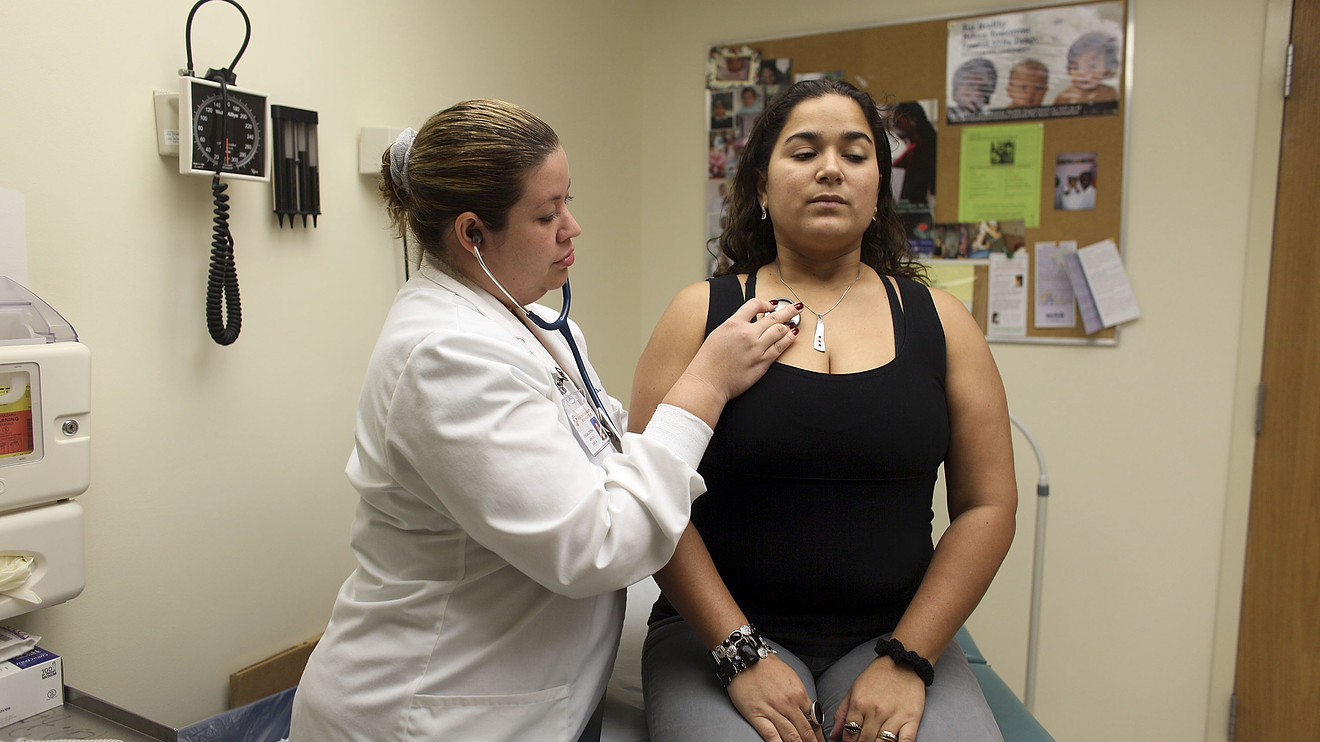 As the COVID-19 pandemic ravages the economy and sets mass layoffs in motion, an estimated 3.5 million U.S. workers were “at high risk” of losing health insurance through their jobs in the last two weeks, according to a recent analysis by the Economic Policy Institute, a left-leaning Washington, D.C. think tank. Employer plans cover about half the U.S. population, according to the Commonwealth Fund, a private foundation that supports health-care issues.

Those who lose health insurance through their jobs should prioritize finding a new plan, said Linda Blumberg, a health economist at the Urban Institute, a center-left think tank. After all, the research and decision-making process can take time, and some coverage options involve deadlines.

“People shouldn’t wait — they should start investigating,” Blumberg told MarketWatch. “It’s a shock, and it’s upsetting to lose your job and worry about income, but this is an important part of the puzzle.”

It’s especially important for people to make sure they have insurance coverage right now, Blumberg added, because they could be “at significant risk of incurring a serious health problem with this pandemic.” As of Friday afternoon, there were 258,214 confirmed COVID-19 cases in the U.S. and 6,605 confirmed deaths.

Here are your options for getting health-care coverage right now — plus tips for navigating what can be a lengthy and complicated process:

Look within your family

You might have access to employer-based coverage through a family member’s plan. If you’re younger than 26, the Affordable Care Act allows you to be covered under your parent’s insurance plan. And if your spouse has employer-based health insurance, see if you can be enrolled in their plan.

This may not be your first instinct if you’re used to having job-based coverage, said Karen Pollitz, a senior fellow at the Kaiser Family Foundation health-care think tank, but it’s worth looking into. Medicaid offers free or low-cost care and comprehensive benefits, she said, and coverage can take retroactive effect as far back as three months, as long as you were eligible during that retroactive period.

This is a much more feasible option for adults living in places that have adopted Medicaid expansion under the Affordable Care Act (36 states and District of Columbia), where they can qualify based on income if their household income is 138% of the federal poverty level. (This shakes out to $1,467 a month for individuals, $1,983 for a family of two and $3,013 for a family of four.)

“ ‘Many more people will be eligible for Medicaid than will realize it.’ ”

— Linda Blumberg, a health economist at the Urban Institute

“If you qualify, Medicaid is going to solve a lot of your problems,” Pollitz said. “I would really start with that.”

Eligibility is based on your current monthly income, Blumberg said — “so if you had a nice middle-class job with employer-based insurance last month, and now your wages have gone to zero or your income in your family has gone way down,” you could be eligible for Medicaid, she said. “Many more people will be eligible for Medicaid than will realize it.”

When counting your income, you’ll need to take into account unemployment benefits, but not the supplementary $600-a-week unemployment relief included in the recent Coronavirus Aid, Relief, and Economic Security (CARES) Act or the $1,200 coronavirus rebate check, Pollitz said. You don’t need to include savings or retirement money either, she added.

Head to the marketplace

Twelve states that run their own marketplaces, as well as the District of Columbia, have reopened their open enrollment so that workers stripped of their job-based health benefits can enroll in coverage. The Trump administration had mulled reopening the federal Healthcare.gov exchange, according to reports, but decided against it. (An unnamed White House official told Politico on Tuesday that the administration was “exploring other options.”)

If open enrollment isn’t available to you, you can apply for a special enrollment period (SEP); loss of job-based coverage is a qualifying “life event” that makes you eligible for an SEP. You may have to submit documentation, such as a letter from your employer or insurance company or a notice about COBRA coverage, to confirm your loss of coverage. If you’re granted the SEP, you can finish your application for coverage, Pollitz said.

Time is of the essence: Make sure you apply for the SEP within 60 days of your qualifying event. (If you expect to lose your health coverage in the next 60 days, you may also be able to apply in advance.) If you don’t apply in time, you might have to wait until open enrollment begins again. “Don’t let 15 of the days go by and then start,” Pollitz said.

It’s possible to avoid a lapse in coverage if you apply in advance of losing your health plan, Pollitz said — but if you’re applying after your coverage ended, the new coverage will take effect only after your application is completed. For applications completed by the 15th of the month, coverage kicks in the first of the following month. But if you don’t complete the application until the second half of the month, your coverage won’t begin until the first of the subsequent following month, she said. “If you can’t get all this done by April 15,” Pollitz said by way of example, “your new coverage wouldn’t start until June 1.”

“ ‘Most people are going to find it’s just impossible to afford [COBRA], but for some people who can swing it, it may be worth the expense.’ ”

— Karen Pollitz, a senior fellow at the Kaiser Family Foundation

Consider COBRA (if you can afford it)

COBRA, short for the Consolidated Omnibus Budget Reconciliation Act, generally lets workers at companies of 20 or more employees extend their health coverage for up to 18 months after losing their jobs.

The catch, Blumberg said, is that you’re now responsible for paying both your portion and your employer’s portion of the premium — plus a 2% administrative fee. This is not a cheap prospect: Annual premiums for job-based health coverage in 2019 were $7,188 on average for single coverage and $20,576 for family coverage, according to Kaiser Family Foundation survey data; employers contributed about 83% and 71% of those premiums, respectively.

“Most people are going to find it’s just impossible to afford, but for some people who can swing it, it may be worth the expense,” Pollitz said. This option might be attractive to folks who are in the midst of a pregnancy or treatment for a chronic condition or cancer, for example, and don’t want to change health-care providers.

Be wary of short-term health plans

Both Pollitz and Blumberg warned against buying short-term insurance policies, for which the Trump administration relaxed restrictions in 2018. While the low cost of these plans can be appealing — monthly premiums are as low as $25 in some places — they can deny coverage to people based on preexisting conditions, offer relatively limited benefits, and can cancel your policy if you get sick, Pollitz said.

“If you get sick, these policies are kind of constructed to not pay claims whenever possible,” Pollitz added, which is why they’re cheaper and willing to sell to people year-round. These are not good policies for “people who are concerned about having coverage that will help them finance their care if they should get seriously ill,” Blumberg said.

“It’s not a good idea to do nothing and just throw up your hands and say, ‘Oh, well,’” Pollitz said. “Just brace yourself: You’re going to have to fill out some forms, and if Medicaid doesn’t work, the other options available to you are going to cost you some money — maybe a lot of money.”

But “health insurance is your ticket to health care in the United States,” Pollitz added. People who don’t have health insurance face barriers to getting care and tend to suffer substantially from medical debt, she said, so “it is absolutely worth it to look into these options, and see if one works for you.”

PrevPreviousPersonal Finance Daily: The CDC now says all Americans should wear masks — here’s a simple DIY approach and meet the hospital cleaner on the frontlines of the coronavirus pandemic
NextMutual Funds Weekly: These investing tips can help you make smarter decisions with your moneyNext