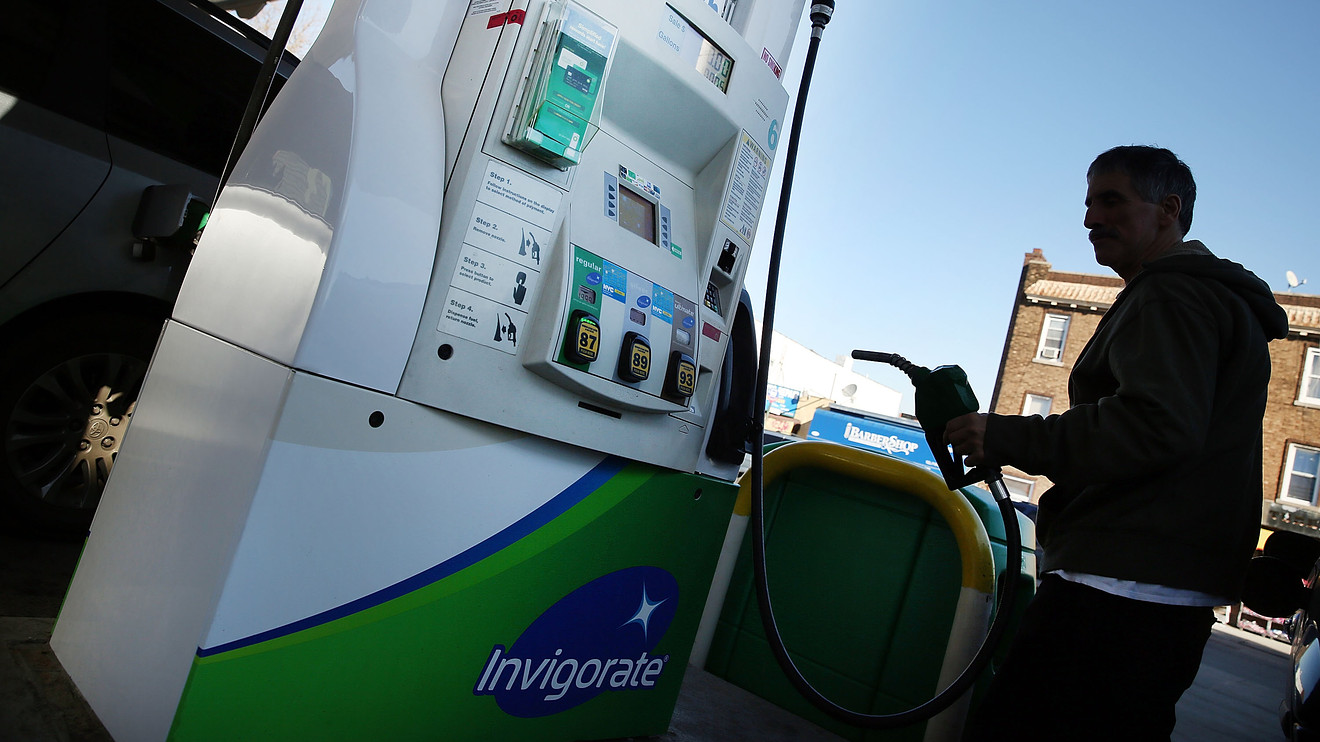 A steep decline in oil prices would most likely help Americans at the gas pump — but it’s not clear whether people will be hitting the roads much this spring.

Oil prices CL00, +6.58% fell precipitously Monday, triggering a massive sell-off that saw the Dow Jones Industrial Average DJIA, +0.40% shed 2,000 points Monday and the S&P 500 SPX, +0.69% drop nearly 8%. Driving the plunge in oil prices BRN00, +6.19% was the breakdown in negotiations between OPEC and Russia around whether to cut production in response to the coronavirus.

While oil prices rebounded in Tuesday trading, the possibility of a price war among major oil producers remains. And either way, oil demand has weakened considerably in recent weeks as the COVID-19 outbreak has prompted a widespread decrease in travel as people shelter in place to avoid getting sick and countries like Italy have ordered citizens to stay put.

It’s a major turnaround from the beginning of the year when oil prices jumped to the highest level in more than six months as tensions mounted between the U.S. and Iran after an Iranian military leader was killed in an American airstrike. In that case, experts suggested that Americans might be insulated from the overseas increase in oil prices when it came to the price U.S. consumers pay for gas because American oil production has increased substantially since the Second Gulf War.

But with demand for oil severely constrained by the coronavirus outbreak, Americans should expect cheaper gas. “The most major component of the price of gas at the pump is the cost of oil,” said Sarah McCrary, CEO of GasBuddy. “As oil prices go down, we will see reductions in costs in price per gallon for consumers at the pump.”

“ As fuel prices decrease overall, the difference in gas prices from one gas station to another will grow. ”

How those reductions in gas prices play out at the local level will vary greatly. When fuel prices decrease overall, the difference in prices from gas station to gas station grows, McCrary said. In Miami, the spread between the cheapest and most expensive gas stations is 54 cents per gallon.

Part of this spread relates to where individual gas stations get their fuel and the price they pay for it. But gas revenue is only one part of a gas station’s profit — most gas stations actually have larger margins with their convenience store business. So some gas stations will lower gas prices in order to attract customers who will purchase not only gas, but also snacks, drinks and other items from the store. “If overall demand decreases, and prices at the pump are not enough to bring consumers in, it will hurt other parts of their business,” McCrary said.

Whether oil — and gas — prices continue to fall remains to be seen, experts said. “There’s never been a historical period that can lend credence to where we are now,” said Devin Gladden, manager of federal affairs at AAA.

There are two conflicting trends in the market right now that could increase or decrease gasoline demand — and both are related to the coronavirus.

Airline, hotel and cruise stocks have tumbled in recent weeks as people have cancelled travel plans out of concern over the illness outbreak. With the popular spring break travel season fast approaching, it’s unclear whether people still will opt to go on road trips.

Also see:As recession fears mount, here’s why home prices may not plunge alongside the stock market

But that doesn’t mean people aren’t driving. “We’re hearing reports of people driving more in their cars because they don’t want to be on planes or public transportation,” McCrary said.

“ ‘We’re going to see gas prices start off the spring cheaper, when they would normally otherwise rise.’ ”

Whether the overall fear of traveling right now outweighs people’s preference for driving in lieu of mass or public transportation remains to be seen. If demand does increase, that could temper the decline in prices; otherwise, prices could drop even further given low traffic to gas stations.

Either way, this spring looks poised to be one of the cheapest in many years when it comes to gas prices. The spring months typically see higher prices because fuel refineries must switch their machinery over in order to produce fuel tailored to the summer rather than the winter. Gas in the summer is more highly refined to reduce pollution in the hotter weather, but this process is more expensive.

“We’re going to see gas prices start off the spring cheaper, when they would normally otherwise rise,” Gladden said.

PrevPreviousHow can I protect my 401(k) from a coronavirus-driven market downturn?
NextTaxWatch: Stocking up on thermometers, first-aid kits and hand sanitizers? You may be able to use your Flexible Spending AccountNext