Michael Bloomberg was America’s No.1 philanthropist last year — and some see that as a big problem 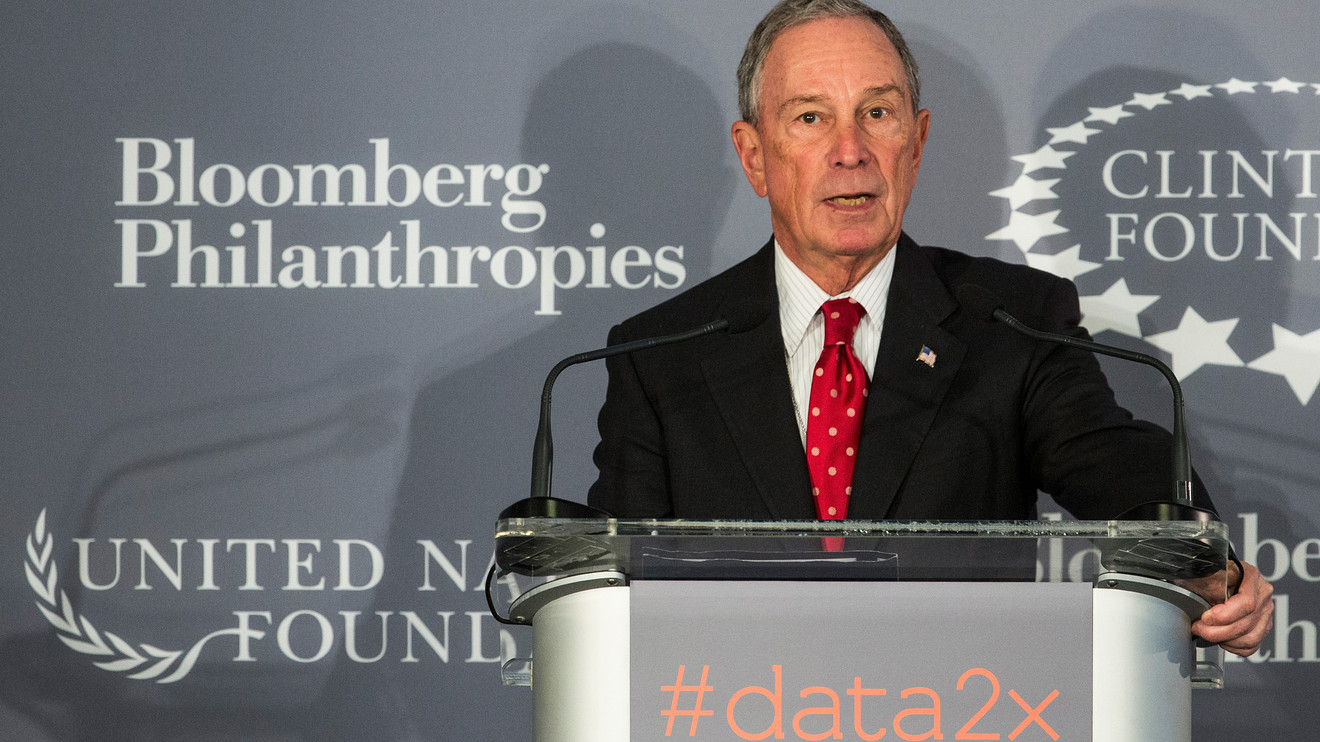 Michael Bloomberg says he likes to splurge on his philanthropic donations, and he certainly did last year, forking over $3.3 billion to charitable causes.

That generosity just landed him atop the Chronicle of Philanthropy’s Philanthropy 50, an annual ranking of America’s biggest philanthropists — but to some of his critics that’s not an achievement to celebrate.

Bloomberg has appeared on the Philanthropy 50 list 15 times in the two decades since it debuted, and donated his largest amount ever in 2019. That was also the year the former New York City mayor announced he would seek the Democratic nomination for president. Since then, critics have examined his philanthropy in a new light, contending that he’s used his donations — which target some of the most pressing issues of our time — to serve his political ambitions.

The discussion marks the latest chapter in a broader debate about the role of elite philanthropy: Does it provide real value to society, or is it a tax-deductible strategy for the wealthy to burnish their reputations?

Bloomberg has been a major donor to “influential groups” like Planned Parenthood and the Sierra Club, whose endorsements would be useful to a Democratic candidate, the Washington Post reported. Many of the mayors who have backed Bloomberg’s candidacy have also benefited from his philanthropy, the New York Times wrote.

To some, Bloomberg is Exhibit A of how elites wield philanthropy to maintain a status quo that keeps them on top. Among his fiercest critics is Anand Giridharadas, author of “Winners Take All: The Elite Charade of Changing the World,” which skewered the “win-win” philosophy of wealthy philanthropists.

“Congratulations to Mike Bloomberg for topping the Philanthropy 50 list!” Giridharadas told MarketWatch, speaking in jest. “He continues to demonstrate how giving can be a very effective way to take ever more power. With his philanthropy securing endorsements and buying silence from people who depend on his largesse, or hope to, he is teaching a masterclass in how to do well for yourself by doing good for others. Every day, he shows how claiming to ‘change the world’ can be a surprisingly useful tool for keeping it the same.”

Loeser called Bloomberg “one of the most ambitious philanthropists in America” and said he’s worked with hundreds of mayors “to support and replicate solutions to some of the toughest problems people in their cities face — everything from training people for real 21st century jobs to helping them live longer.”

“A small percentage of the Mayors whose cities got money have backed Mike for President, most have not,” Loeser said. “We don’t care, because we work with Mayors to make their cities better with absolutely no expectation of a thing in return. But we also question some critics’ premise — getting to know someone well by working hard together to help people you care about is a great reason to want them to be President. Can you think of a better reason to back someone than ‘he helped me make things better’?”

Bloomberg has said he’ll step away from his philanthropic activities if he wins the Democratic nomination, according to the Chronicle.

The rise of the mega-donors

As income inequality has deepened and the wealthiest have seen their fortunes grow, the number of mega-donors like Bloomberg have been on the rise. Meanwhile, middle-income and lower-income households are donating smaller shares of their incomes to charity, and fewer Americans overall are donating.

That’s sparking concerns that despite the ostensible good that big-money donations could accomplish, a tiny number of very wealthy donors now set the agenda with their own interests.

“These people all have more power than the rest of us,” said David Callahan, author of “The Givers: Wealth, Power, and Philanthropy in a New Gilded Age.” “In the same way political donations translate into power, so do philanthropic donations. Most people don’t think of charitable dollars as being an avenue to political influence, but it is.”

Some also argue these mega-donors talk about tackling societal problems while doing little to dismantle unjust systems that helped them amass their fortunes. “Generosity is not a substitute for justice,” Giridharadas has said previously.

Bloomberg is currently worth an estimated $62 billion, making him the ninth richest person in the world. He’s said he wants to give away his fortune while he’s still alive, and so far he’s handed out about $10 billion. Bloomberg Philanthropies, founded in 2006, devotes its resources to issues including climate change, gun violence, the opioid crisis, public health, the arts and improving cities.

Bloomberg’s biggest donation of 2019 was a $1.8 billion gift to his alma mater, Johns Hopkins University, for financial aid for low- and middle-income students.

Callahan says he gives Bloomberg high marks for his philanthropy, because he’s devoted large sums to important problems and stuck with them year after year. “He’s often gone after challenges that aren’t particularly sexy, that other donors aren’t particularly interested in,” Callahan said, such as fighting tobacco use and traffic deaths in developing countries.

Bloomberg’s approach to philanthropy, like his governing style, is data-driven. “He wants results. He’s not ideological, he’s not trendy, he’s just effective,” said Callahan. It remains to be seen how that “technocratic vision” will play out with voters, Callahan noted. “There’s nothing in Bloomberg’s philanthropy that suggests he’s capable of putting together an overarching values-based narrative that can excite people,” Callahan said. “Voters aren’t motivated by spreadsheets. He is, God bless him.”

Their funding priorities in 2019 ranged from climate change to homelessness to social justice and inequality, said the Chronicle’s Maria Di Mento, who compiled the Philanthropy 50. “We’re seeing a greater sense of urgency among these people to try to address things that seem extremely bad,” she said.

Also of note this year: The Philanthropy 50 list had the highest number of donors ever (five) who gave $1 billion or more. “The wealth among the very wealthiest has skyrocketed significantly since the Great Recession,” Di Mento said. “A lot of people who were already wealthy found themselves much much wealthier. If you look at the S&P 500 SPX, +0.18%  , you see it just going up, up, up since then.”

PrevPreviousThe Moneyist: ‘My husband’s ex-mistress is ruining our life.’ She claims she gave birth to his child and is extorting us for money
NextTax Guy: Playing the waiting game with your small business tax return could pay offNext