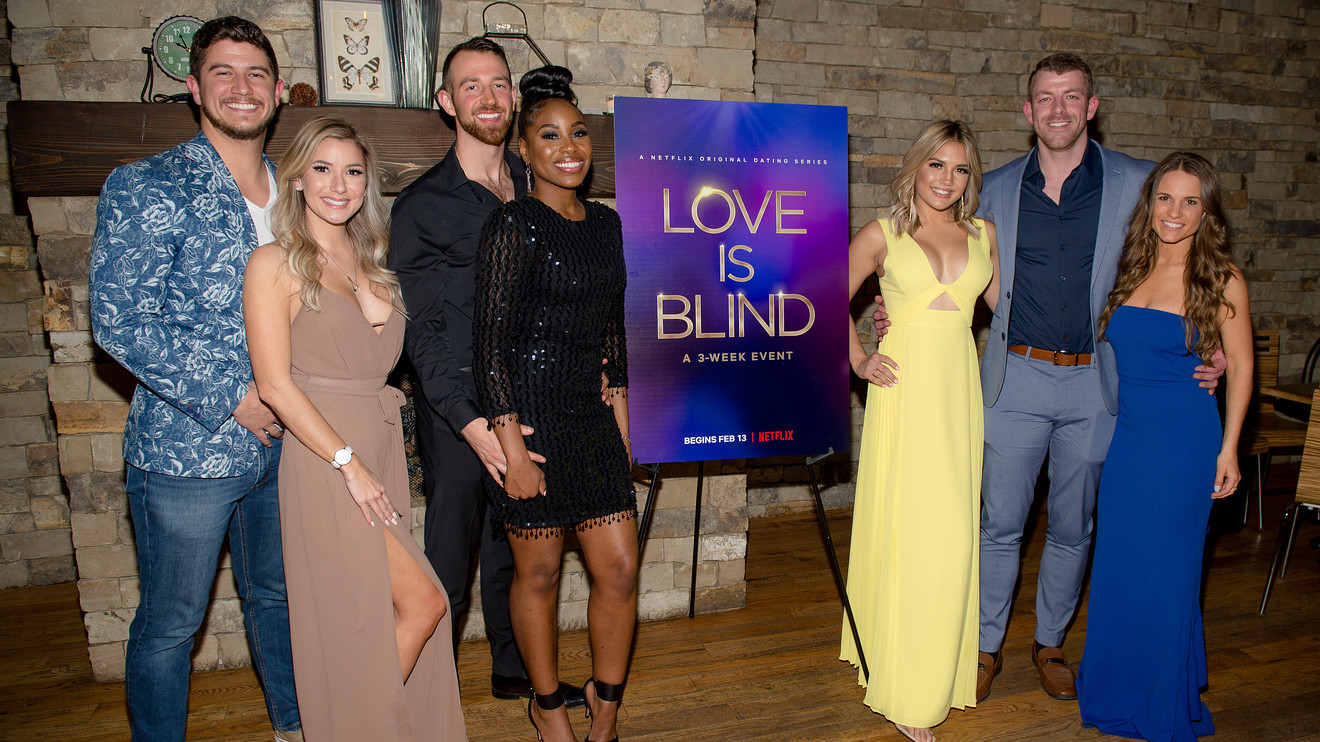 This article is reprinted by permission from NerdWallet. There are no spoilers here about the show’s finale.

There is a lot to unpack after watching “Love Is Blind,” the unconventional reality dating show that rose to the top of  Netflix’s NFLX, -11.14%   most-watched list.

“Love Is Blind” is a social experiment where single men and women forge romantic connections without ever seeing one another, with the ultimate goal of getting engaged. Each date takes place in a “pod” where two people can hear, but not see, each other, through a translucent wall. If the conversations lead to an accepted marriage proposal, then they meet for the first time outside the pod. It’s hard to look away from the inevitable drama that unfolds when the couples try to make their “blind” emotional connections work in real life.

While there are plenty of head-scratching moments — like when the couples learn they have only 40 days to plan their weddings, and when one woman lets her dog drink red wine — there are some raw and relatable ones, too, particularly around how they navigate their finances.

For example, one woman tells her partner that she has $20,000 in student loans and some credit card debt, while another couple awkwardly discusses the possibility of signing a prenuptial agreement.

These conversations stand out as a reminder that real-life financial lessons can be gleaned from unlikely places, including reality shows about dating. Here are the ones we cherry-picked from “Love Is Blind.”

1. Level with your partner about your debt

On the show: In episode six, Amber Pike, an “ex-tank mechanic” (who is unemployed during the show’s filming), brings up her debt with her fiancé, Matt Barnett, an engineer, when they discuss buying a bigger house someday. “I have some student debt from when I never graduated from college — it’s about $20,000 and I honestly have not been paying it off,” she says. “Not even the minimum?” he asks, clearly worried. She shakes her head no.

Real-life money lesson: Pike’s decision to avoid paying on her student loans altogether isn’t one that we’d recommend — there are multiple student loan repayment options, no matter your financial situation — but we applaud her transparency and timing.

If you have debt, being open with your partner about the amount of debt and your payoff strategy (or in Pike’s case, the lack of one) is crucial, especially if you plan to merge finances someday. While it’s not something that has to be revealed on a first, second or even third date, giving your partner a full and accurate picture of your finances while discussing future goals will likely help the relationship in the long term.

2. Avoid making your only credit card a store card

On the show: In the same episode, Pike also reveals that she has only one credit card — a store card with a $700 limit — that she primarily uses for makeup purchases: “Makeup is expensive, and it’s easy to run that up really quickly!” she tells her new beau.

Real-life money lesson: If, like Amber, you’ve decided to stick with one credit card, be wary of making it a store card. Store cards tend to have high interest rates and will limit where you can earn points.

If you have good or excellent credit, you’re probably better off with a regular rewards credit card. They tend to have better overall value than store cards, as well as lower interest rates. However, Amber mentioned that she has average credit. If you’re in the same boat, we suggest looking at credit cards for fair credit and choosing one with low or no annual fees, especially if you’re dealing with debt.

3. Set expectations about moving in together, especially if one person is the homeowner

On the show: One of the show’s couples, scientist Cameron Hamilton and content creator Lauren Speed, seem to be the most blissful and drama-free, but they do run into a challenge when they discuss where they’ll live. Hamilton, who owns a three-bedroom house in Atlanta, assumes that Speed will give up her small one-bedroom apartment and move in, but she has her reservations. “I do love my place,” she says. “How would you feel if I kept it?” He doesn’t look pleased.

Real-life money lesson: There is already a laundry list of things to talk about when moving in together, but it can be even more complicated when one person is the homeowner. Setting expectations early about how you’ll divvy up everything from monthly mortgage payments to furniture decisions can prevent arguments down the road. Be aware that it may also take some time for one person to get on board with giving up their space.

On the show: Jessica Batten, a 34-year-old regional sales manager, tells her fitness trainer fiancé, Mark Cuevas, 24, that she’s in a great place in her career and expresses some concern about their salary gap. “The leading reason for divorce is finances,” she says, following up with a pointed question: “What are your thoughts on gender roles and managing finances?” She adds that she would want to get a prenup.

Cuevas, who seems taken aback by her statement, concedes that he wouldn’t be the financial provider in the relationship, but he hopes she can see his earning potential.

Real-life money lesson: Although men typically earn more than women across the board, it can impact relationship dynamics when the tables are turned. One 2018 study from the U.S. Census Bureau found that when the wife earned more, both partners tended to inflate the husband’s earnings and deflate the wife’s earnings.

Regardless of who brings home more money in a relationship, figure out where you and your partner stand. Will the higher earner have more say in your finances? Does a prenup (or postnup) make sense? These types of questions will get to the heart of how you both perceive social norms about money — and when (and where) you’re willing to bend them.

“Love Is Blind” is fascinating and messy; it’s an emotional roller coaster for viewers as they try to guess which pairings will survive to the end of the season. But one thing that is abundantly clear throughout is that the cast members’ approaches to personal finance add a layer of complexity to an already complicated premise. Love may or may not be blind, but money is always on the mind.

Valerie Lai is a writer at NerdWallet. Email: vlai@nerdwallet.com.