Next Avenue: No, your kids don’t want your old stuff, but there actually are people who do 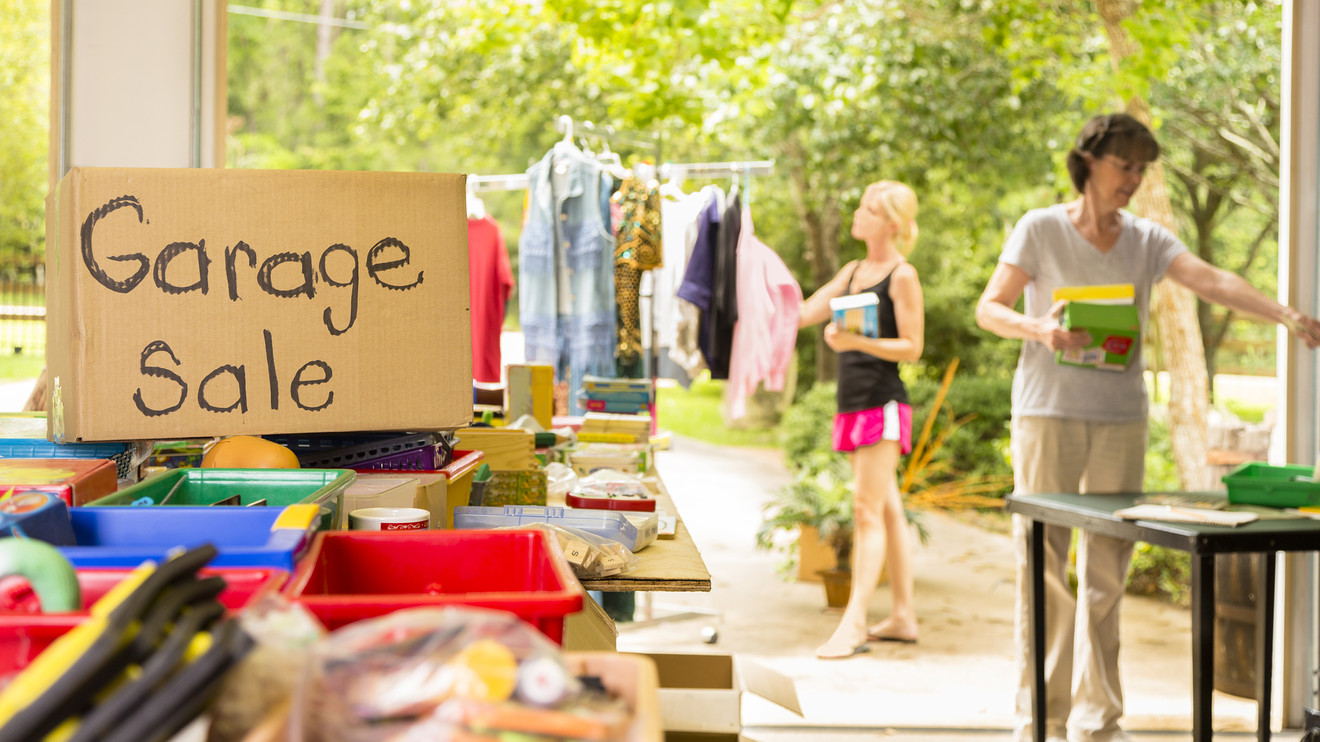 When you downsize, your kids probably don’t want your stuff, but I’m here to tell you other people do. Lots of people, many of whom may need, and value, your stuff far more than you — or your kids.

Before the pandemic started, this truth was made clear to me when my husband and I downsized from our large suburban home to a smaller city townhouse and I faced the task of disposing of 30 years-worth of couches, chairs, rugs, records, office equipment, tables, dishes, kitchen goods and God knows what else.

Although I’m no Marie Kondo, for years I had prided myself on keeping a lid on accumulation, but once all our “valuables” were unloaded from the attic, basement and closets, I realized we had been kidding ourselves.

We were overwhelmed with stuff.

Our two grown sons quickly made it clear that they were not interested. At all. Not in the Persian carpet where they had learned to crawl, not in their great-grandmother’s gold rimmed china. Friends suggested donating the lot to a charity, but caught in a tight schedule between closing on our house and moving into our new one, we were unable to make a match.

With few other options, I decided to take my chances selling online.

A mix of regret and enthusiasm

Phone in hand, I circled the house on a Tuesday morning taking pictures of the gold couches the kids had once wrestled upon, the dining room and kitchen tables where we had eaten numerous friend and family dinners and the chairs where we had discussed everything from college debt to the deaths of our parents.

Armed with measurements and photos, I started to post.

Five minutes later, the first response arrived: A furniture dealer in Pottstown, Pa. who wanted to drive down to see our dining room set. Followed by an excited woman who “needed” our purple chaise to complete her newly redecorated bedroom. I explained that our long-gone mini Schnauzer had chewed on one arm that was now concealed by a pillow, but she still wanted to look.

In rapid order, my DMs (direct messages) were full — people interested in a small turquoise vanity, a steel lamp, a walnut table. Everything.

Did I experience a regret as I waited for the first customer to arrive? Yes. Did I wish that the great-grandmother’s china might be passed down to a future grandchild? Yes, and yes again. But I reminded myself that with our limited storage space, that wasn’t an option.

And when the first buyers arrived, their enthusiasm quelled some of those emotions.

See: Poshmark, eBay and Buffalo Exchange are cleaning up thanks to Marie Kondo

To have complete strangers enter your house and rave about pieces you hardly noticed proved surprisingly satisfying. Even better, many told me how they planned to use what they bought. Some even forwarded pictures: a midcentury modern lamp on a child’s desk, a plant stand holding a bursting philodendron on a city porch.

Not everyone who responded actually showed up. And not every visit reaped a sale. But over five days, I emptied our house, save for a leather sofa and chair a bit too well loved by the teenage boys who once filled our house to be of interest to anyone else.

The central story didn’t turn out to be about me or my emotions: it truly belonged to those who “inherited” my stuff. A family of new immigrants thrilled to take home a kitchen table and matching chairs for less than $50. A newly divorced carpenter in huge steel-toed boots who purchased a well-made wooden cabinet. An adult daughter who transferred a large chest to her divorced mother’s apartment in a new city.

Also see: Why you need to downsize—now

Sure, it’s an old trope: one woman’s trash is another’s treasure.

Yet it was also something more: disposing of my stuff in this way provided me a chance to reconsider the community I lived in for 30 years and to meet people I might never have met.

People who were willing to ignore the scratches on a coffee table ($15). Or a single mother with four kids who had been eating off paper plates with plastic spoons (two sets of plates — including those gold rimmed ones — tablecloths and silver, $0). A young man who walked into the house and announced he wanted to buy one like it for his mother someday, two couches and a side table ($50).

At the start, I had set prices in mind. However, as the days trickled down, I began to ask my visitors, “What do you think is a fair price?”

When this stumped them, I offered suggestions on the low side — $15, $20. Even $5. I tried not to insult anyone’s dignity. But I also began to throw in things free — pots and pans, decorative pillows, that Persian rug.

As you might guess, I didn’t end up rich. I made enough to pay and tip our movers and to cover a few pizzas.

Read: People donated millions of dollars to the wrong Black Lives Matter foundation — read this before you give to any charity

Now that we’re installed in our new house, once in a while, I flip through the pictures I took. The memories of the times my family and I spent with these objects arise, but now they share the vision of our stuff occupying foreign living rooms and bedrooms and kitchens all over Philadelphia as they experience their second acts.

And so are we.

Ilene Raymond Rush is a health and science writer whose work appears in the Philadelphia Inquirer, Diabetic Lifestyle, Diabetic Living, Good Housekeeping, Weight Watchers Magazine, Philadelphia Magazine and many other publications. She lives in Elkins Park, a suburb of Philadelphia, with her husband and overweight schnauzer, Noodle.

PrevPreviousNerdWallet: Get your finances in top shape now to refi your student loans
NextOver 500,000 businesses got PPP loans but are listed as retaining zero jobs, Treasury Department data showNext