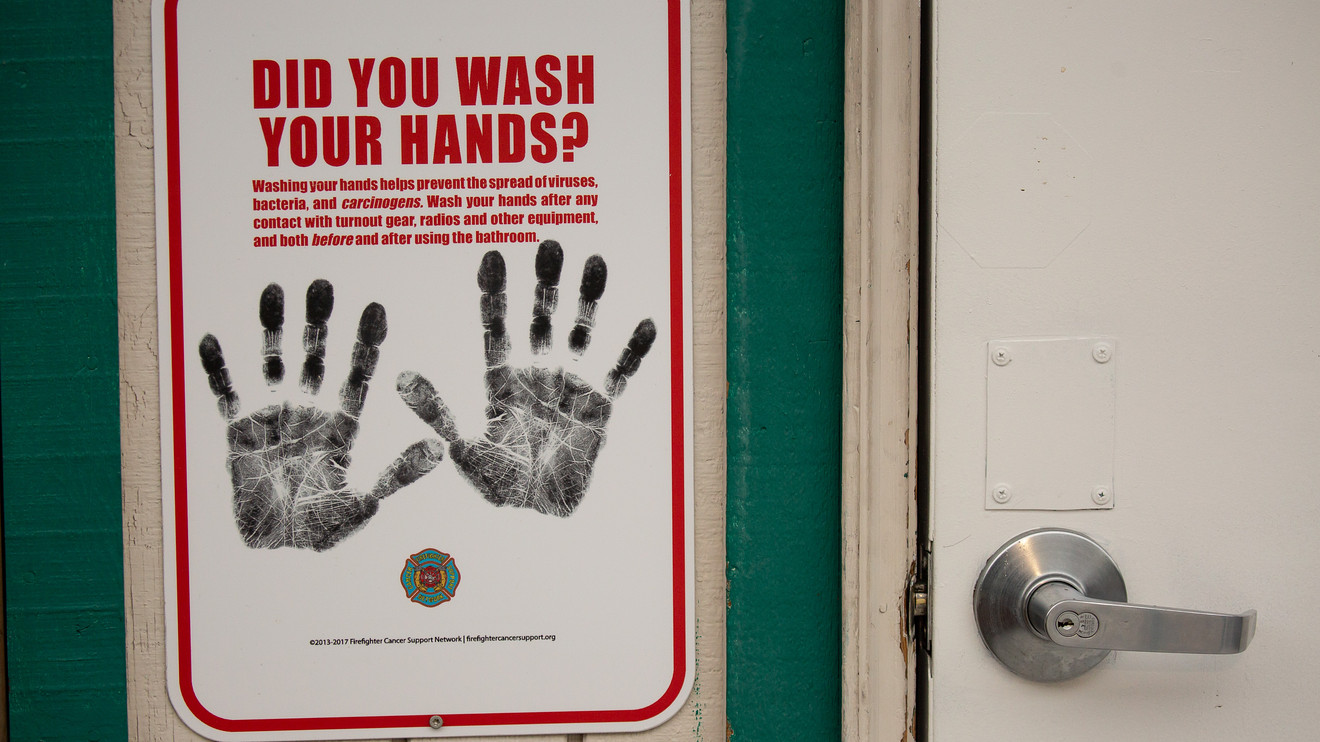 As U.S. health officials confirm more cases of the new coronavirus, a new survey suggests that Republicans are more likely than Democrats to believe COVID-19 concerns are overblown.

Some 62% of Republicans and Republican-leaners say the seriousness of COVID-19, the disease caused by the new virus SARS-CoV-2, is “generally exaggerated,” according to a new Axios/SurveyMonkey poll of 4,633 adults conducted last week. Just 31% of Democrats and Democrat-leaners and 35% of independents said the same.

Greater shares of Democrats than Republicans also said they were likely to avoid large events like concerts or sporting events (67% vs. 49% “very” or “somewhat” likely); public spaces like malls, theaters or restaurants (53% vs. 37%); and social gatherings at friends’ and family members’ homes (38% vs. 25%).

The Centers for Disease Control and Prevention have said that community-based interventions like “social distancing” — defined as “remaining out of congregate settings, avoiding mass gatherings, and maintaining distance (approximately 6 feet or 2 meters) from others when possible” — can help slow the disease’s spread, among other measures. A vaccine isn’t yet available.

Democrats and Republicans in the survey agreed, however, on how they would react to a federally mandated two-week self-quarantine for people exposed to the disease: Only 22% of respondents from both parties said such a measure would threaten personal rights and freedoms. Independents were slightly more likely to say the same, at 30%.

As the 2020 U.S. presidential race forges ahead, the coronavirus outbreak has hit the U.S. economy and further inflamed partisan tensions. Sen. Bernie Sanders, a Vermont independent, and former Vice President Joe Biden — the top vote-getters in the Democratic primaries — have criticized President Trump’s response to the outbreak and said they would do a better job.

House Speaker Nancy Pelosi and Senate Minority Leader Chuck Schumer, the top congressional Democrats, have also publicly urged Trump to “prioritize the needs of American workers and their families before the needs of major corporations” while responding to the outbreak.

Trump, who is reportedly considering options including a payroll tax cut and paid sick leave, has accused media outlets and Democrats of spreading fear and trying to leverage the outbreak for political advantage.

“The Fake News Media and their partner, the Democrat Party, is doing everything within its semi-considerable power (it used to be greater!) to inflame the CoronaVirus situation, far beyond what the facts would warrant,” Trump wrote Monday on Twitter TWTR, +3.35%.

Personalities on Fox, the president’s favored news outlet, recently offered divergent opinions on the severity of the outbreak: Fox News host Tucker Carlson warned that COVID-19 was a “real” threat that was “definitely not just the flu,” while Fox Business host Trish Regan called criticism of Trump’s response “yet another attempt to impeach the president”

(Fox News and Fox Business share a common parent with News Corp NWSA, +3.78%, which is also the parent of The Wall Street Journal and MarketWatch.)

The CDC says that immediate risk of exposure to the virus “is thought to be low” for the majority of people noting that there isn’t widespread circulation in most U.S. communities. But it also cautions that people living in areas with community spread of the virus are at elevated risk and that “more cases of COVID-19 are likely to be identified in the United States in the coming days, including more instances of community spread.”

“It’s likely that at some point widespread transmission of COVID-19 in the United States will occur,” the agency said.