The Margin: Burnout could be deadly for your heart 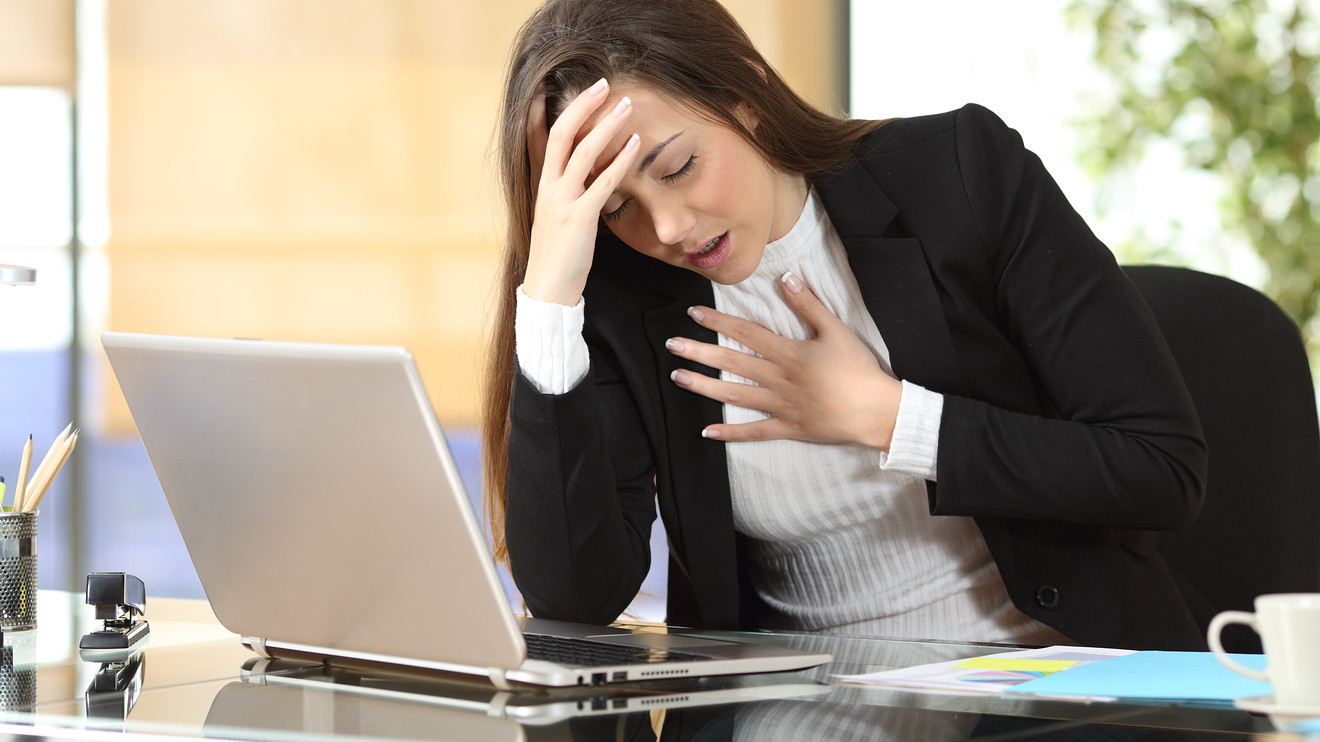 Being overworked could make your heart work overtime.

In fact, a large study of more than 11,000 people suggests an association between feeling burned out, and having an irregular heartbeat — which could lead to blood clots, stroke, heart attack and other potentially fatal cardiac complications.

Researchers from the University of Southern California’s Keck School of Medicine wanted to see what effect chronic stress and exhaustion could have on developing atrial fibrillation, aka AFib or AF, which is a quivering or irregular heartbeat that is experienced by between 2.7 million and 6.1 million Americans. AFib was mentioned on 166,793 death certificates in 2017, according to the CDC, and was the underlying cause of death in 26,077 of those deaths. The estimated economic cost of AFib in the U.S. runs between $6 to $26 billion a year, including health care and lost productivity.

But the cause of AFib is not fully understood, although psychological distress has been suggested as a risk factor. So the research team looked for any links between vital exhaustion (the medical term for burnout) and AFib. More than 11,000 men and women who did not have AFib at first were studied over 25 years, with the researchers checking in on them five times during that period to evaluate their anger, exhaustion, social support and antidepressant use.

And those reporting the highest levels of vital exhaustion had a 20% higher risk of developing AFib compared to those with little to no evidence of burnout. Yet a similar connection was not found between anger, antidepressant use or poor social support and developing AFib in this study.

Related: Microsoft’s 4-day workweek test in Japan boosts productivity by 40% — other studies show it can also make you happier

The researchers noted that burnout is associated with inflammation and activating the body’s physiological stress response. “When these two things are chronically triggered that can have serious and damaging effects on the heart tissue, which could then eventually lead to the development of this arrhythmia,” wrote lead author Dr. Parveen K. Garg of the University of Southern California in Los Angeles.

More study is needed to flesh out the observed relationship here. But a growing body of research is flagging burnout as a serious medical issue. The World Health Organization officially recognized burnout as a chronic health condition in the International Classification of Diseases last year, describing it as “chronic workplace stress that has not been successfully managed.”

A 2018 Gallup survey of almost 7,500 full-time employees found that two-thirds (67%) were suffering some form of burnout, with 23% feeling burned out very often or always, and 44% feeling burned out sometimes. Unfair treatment at work, unmanageable workloads and unreasonable time pressure were among the top five factors correlating with burnout.

Part of the problem is that work-life boundaries have blurred now that technology keeps everyone on call 24/7. Indeed, more than one in five (22%) workers admitted in a 2019 survey of 2,000 employees that they check their emails in the middle of the night. And more than half (58%) said that one of the first things they do in the morning, while they are still in bed, is to check email. No wonder almost half (48%) of those surveyed consider themselves “workaholics,” with the average person putting in four hours of unpaid overtime a week, as well as spending another four hours just thinking about work.

Read more: The average worker checks their email before they even get out of bed in the morning

And American women in particular are suffering burnout at “epidemic levels,” according to a “Burnout Flashpoint” report commissioned by the Meredith Corporation MDP, -0.35% last year. While men and women reported similar levels of burnout at work, female employees were much more likely to say they also suffered burnout at home. Nearly half of the surveyed women (48%) said their burnout keeps them up at night, and roughly two-thirds (63%) report feeling like “I’ve worked an entire day before getting into the office” after getting their families fed, dressed and off to school in the morning. [In fact, research has found that female breadwinners still end up doing most of the family’s chores.]

Burnout isn’t just hurting your physical and mental health; it can also influence your financial decisions. For example, after working late, you might spring for a cab, Lyft LYFT, +2.70% or UBER, +1.85%  ride home instead of walking or taking public transit. And if you’re too tired or stressed to cook, you might order takeout from GrubHub GRUB, +2.31%  or DoorDash. Does this scenario sound familiar?

Read more: All the ways your burnout is costing you money

Employers’ bottom lines can suffer too, as Gallup found that employees who say they very often or always experience burnout are 63% more likely to take a sick day, 23% more likely to visit an emergency room, and are almost three times more likely to leave their current employer. Indeed, almost half (46%) of HR leaders surveyed by Kronos said that employee burnout causes up to 50% of their annual turnover.