The Margin: There’s been a huge spike in the number of seniors smoking pot and taking cannabis edibles 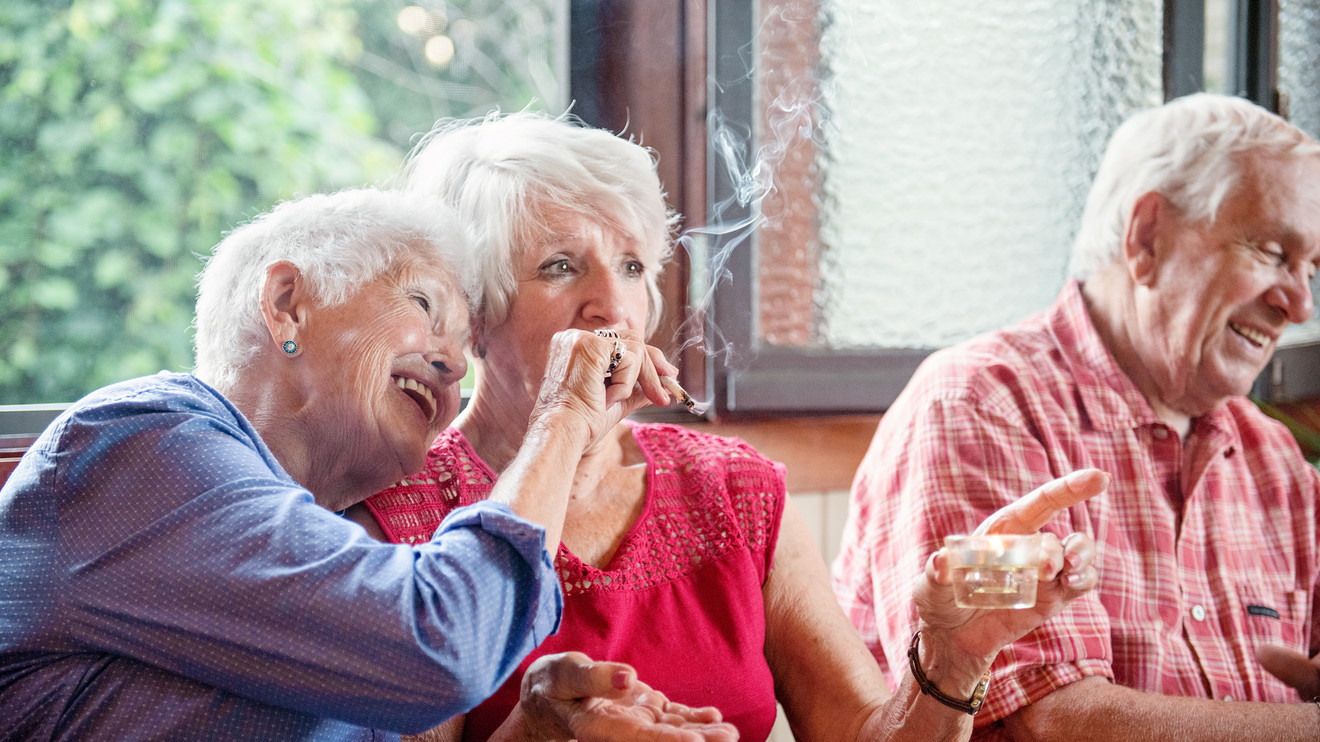 These seniors don’t fear the reefer.

In fact, the number of Americans ages 65 and up who smoke marijuana or take edibles spiked 75% in just three years, according to a new study published in JAMA this week.

Researchers analyzed the data from just under 15,000 adults in the National Survey on Drug Use and Health, and found that the number of those 65-plus who had smoked or ingested “marijuana, hashish, pot, grass and hash oil” jumped from 2.4% in 2015 to 4.2% in 2018. A decade earlier, just 0.4% of people in this age group copped to using cannabis in any form.

Related: Seniors at this upscale retirement community are really into cannabis-infused products

What’s more, a surprising number of diabetics are going to pot, with a 180% relative increase in marijuana use among those with diabetes between 2015 and 2018.

The survey didn’t ask subjects why they used cannabis products, however, so lead author Dr. Benjamin Han, assistant professor of geriatric medicine and palliative care at the NYU Grossman School of Medicine, couldn’t definitely explain why these specific groups of people reported higher rates of marijuana use. In fact, the report notes that these numbers could be even higher, as there is still some stigma around cannabis use despite the fact that 11 states and the District of Columbia have already passed laws legalizing recreational cannabis use, so many subjects could have been hesitant to report their weed habit.

Related: Cannabis experts are hoping 2020 will be the year that New York finally legalizes weed

“Certainly the passing of medical marijuana laws in many states for a variety of qualifying conditions and diseases has played a role, and gotten the attention of older adults who are living with chronic diseases or symptoms that are difficult to treat,” Han told MarketWatch. “Also we have a large baby boomer cohort who has more experience with cannabis compared to generations before them now entering their 60s and 70s.”

Indeed, marijuana delivery platform Eaze has reported that boomers are its “biggest spenders by a fairly wide margin,” dropping more than $95 a month on weed, which is 53% more than Gen Zers ages 21 to 24 years old.

The new analysis also didn’t ask seniors whether they had conditions like arthritis, Parkinson’s disease or chronic pain. And using cannabis products for pain management is one reason why many seniors might consider trying weed, especially since a 2019 Health Affairs report found that 65% of people who use medical marijuana in the U.S. use it to treat chronic pain. The National Academies of Science, Engineering and Medicine also reported evidence that cannabis and/or cannabinoids could help with conditions like pain, chemotherapy-related nausea and multiple sclerosis-related muscle spasms.

Related: More baby boomers use medical marijuana, but they want their doctors to get wise to the risks and benefits

But Han also cautioned that there is still a lot that we don’t know about the risks of cannabis, especially for older adults with more chronic medical diseases who take more prescribed medications. The report warned that there is an urgent need to better understand the benefits and risks of those 65-plus using marijuana products, especially since there was also an increase in cannabis use among older adults who use alcohol — and binge drinking among Americans over 50 has also been on the rise.

“As a clinician, I worry about how cannabis (depending on the dose of certain cannabinoids, route of administration) may interact with existing chronic disease or medications. I also worry about the psychoactive properties of THC that could predispose older adults to dizziness or falls,” he said. “While cannabis may be beneficial for certain medical conditions, we need well-done clinical trials to better understand the benefits and the risks for older adults.”

PrevPreviousThe Number One: Former hedge-fund manager says this is the ‘No. 1 retirement stock in America’
NextOutside the Box: This is the best way to achieve long-term growth in your stock investmentsNext