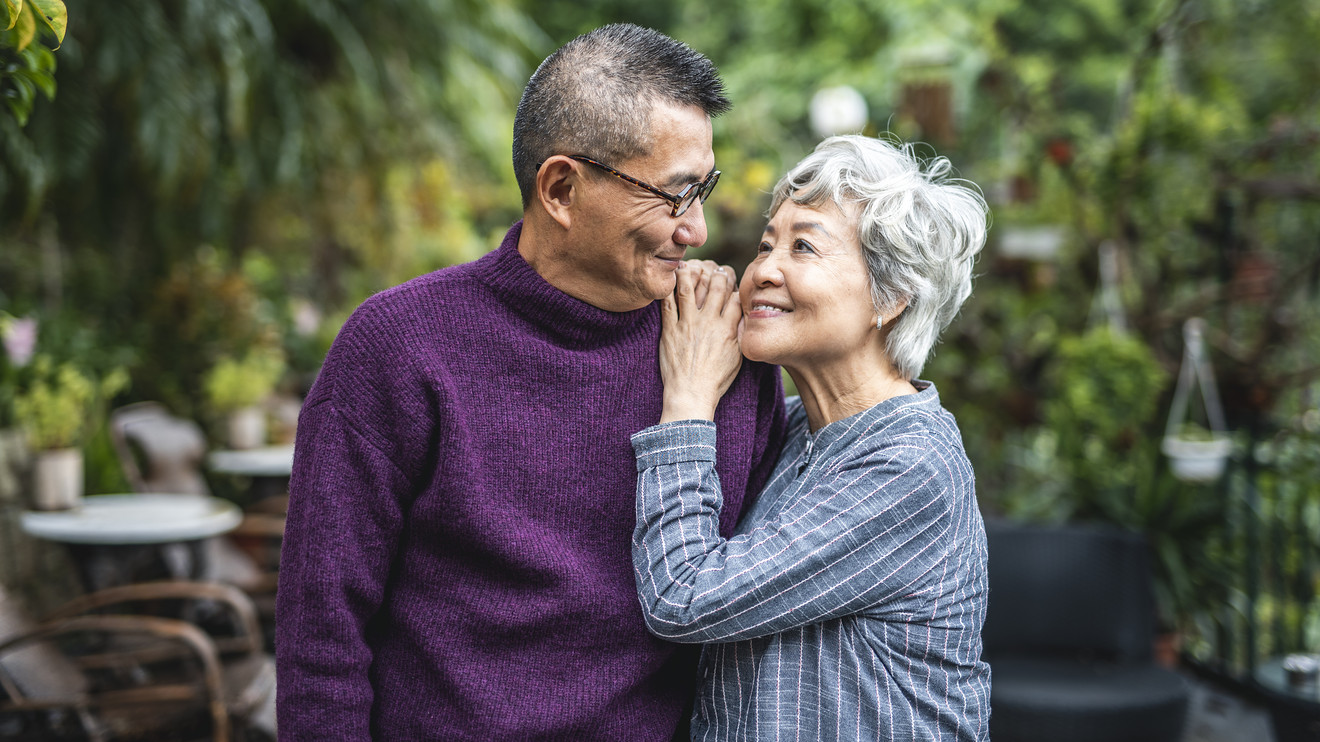 Your partner’s mindset might prevent your own cognitive decline.

A new study released by Michigan State University this week suggests that there’s some truth to the old saying “happy wife, happy life.”

Researchers followed almost 4,500 heterosexual couples (average age 67) from the Harvard T.H. Chan School of Public Health’s Health and Retirement Study for eight years. The subjects’ optimism was assessed at the beginning of the study, and their brain function was measured every two years.

And the experiment found a possible link between having a partner who is optimistic, and delaying the onset of dementia or Alzheimer’s disease, as people with happier and healthier partners often lived longer and staved off cognitive decline.

“We spend a lot of time with our partners. They might encourage us to exercise, eat healthier or remind us to take our medicine,” suggested William Chopik, assistant professor of psychology and co-author of the study, in a statement. “There’s a sense where optimists lead by example, and their partners follow their lead.”

He noted that lifestyle changes such as maintaining a healthy weight and getting plenty of physical activity have been shown to help prevent cognitive decline. “When your partner is optimistic and healthy, it can translate to similar outcomes in your own life,” he wrote. “It looks like people who are married to optimists tend to score better on all of those [physical and mental health] metrics.”

What’s more, the study found that when couples remembered a shared experience together — like in Google’s GOOG, +0.01%  tear-jerking “Loretta” commercial during the Super Bowl — richer details emerged from those memories. In the sentimental Google spot, which features a real couple, an elderly man uses his Google Assistant to help him remember things about his late wife, Loretta, who loved going to Alaska and eating scallops.

“There is science behind the Google ad,” said Chopik. “Part of the types of memories being recalled were positive aspects of their relationship and personalities.”

There’s other research to suggest that you’re better off, physically and financially, if you look on the bright side more often. Pessimists are 35% more likely to suffer from a heart attack or stroke than optimists, according to a recent meta-analysis of data from 230,000 men and women in the U.S., Europe, Israel and Australia over 14 years.

People with greater optimism are also more likely to achieve “exceptional longevity” and live to age 85 or older, according to a recent study from the Boston University School of Medicine.

Read more: Rich people approach problems like this — and it helps explain why they’re wealthy

A 2015 study also found that optimists earned about $3,000 more than cynics over nine years, while another report suggested that people who wear rose-tinted glasses are promoted more, in part because they work so well with others.

Coronavirus fears are clobbering the stock market — is it doing the same to your retirement?

Consumer-facing companies will be the first hit if the coronavirus spreads across the U.S.

Project Syndicate: The best emergency-response plan for COVID-19 is to flood the country with money