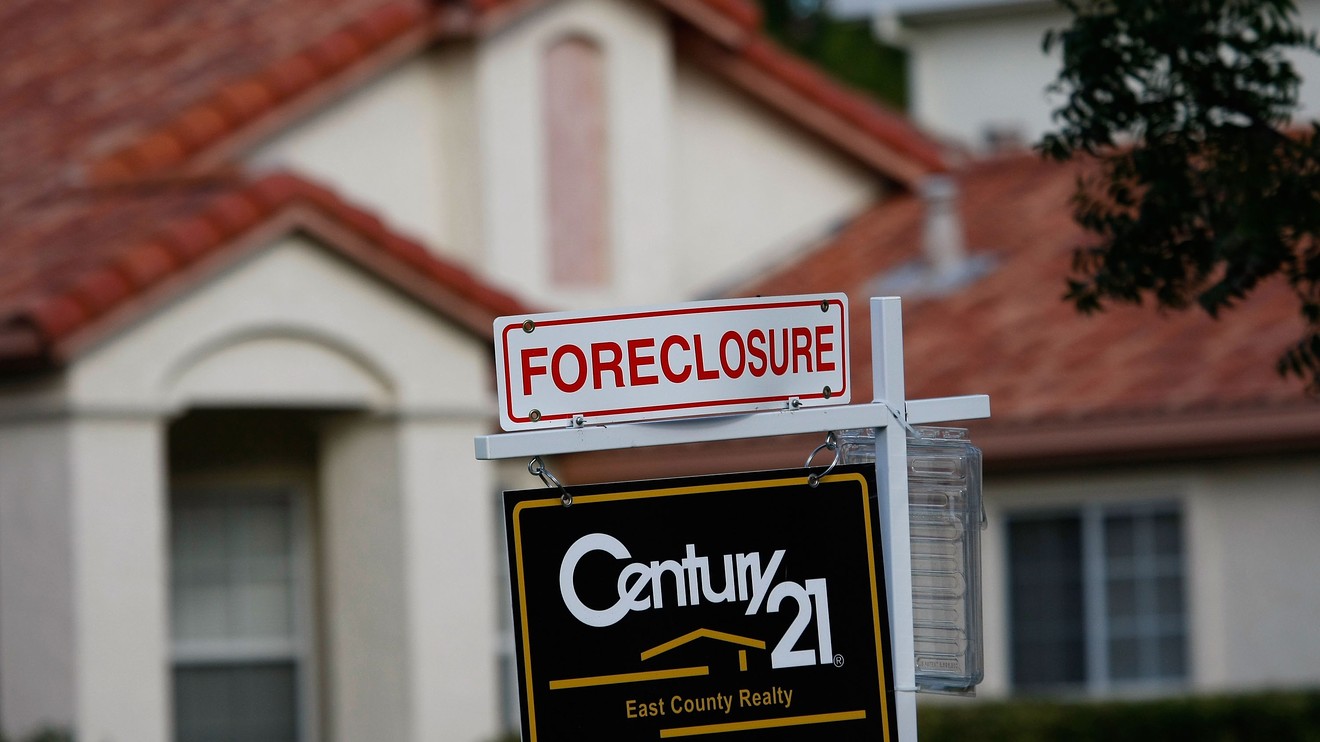 The federal government’s rush to support homeowners in the wake of the coronavirus pandemic should help many Americans avoid foreclosure, but it could have negative consequences for the mortgage industry.

Whether the government steps in to assist the industry could determine whether mortgage companies stay in business — and whether borrowers face even more financial difficulties.

The $2.2 trillion CARES Act stimulus bill that President Donald Trump signed into law last month included a provision guaranteeing that any homeowner with a federally-backed mortgage could stop making mortgage payments for up to a year if they face financial hardship because of the COVID-19 outbreak.

Before the stimulus package guaranteed this, the Federal Housing Finance Agency and the Department of Housing and Urban Development had already instructed mortgage servicers to allow borrowers with mortgages backed by Fannie Mae, Freddie Mac and the Federal Housing Administration to put their loans into forbearance, or temporarily stop payments.

“ ‘The government has basically put in place a program that allows borrowers not to pay but it’s done nothing to backstop the servicers who are going to need that cash to make the payments themselves.’ ”

Homeowners have been quick to take advantage of the ability to get a reprieve on their loan payments. Forbearance requests grew by 1,896% between March 16 and March 30 alone, according to a recent report from the Mortgage Bankers Association, a trade group that represents the mortgage industry.

Don’t miss:Are you a homeowner seeking forbearance on your mortgage? Watch out for these red flags

Altogether, the share of loans in forbearance grew from 0.25% to 2.66% over the month of March, the Mortgage Bankers Association reported. The protections extended by the stimulus package apply to a majority of homeowners with mortgages nationwide. So with millions of people left jobless or with less income as a result of the coronavirus pandemic, servicers expect to see many more borrowers request forbearance in the weeks ahead.

But as thousands of homeowners nationwide forgo mortgage payments for as long as a year, servicers are still on the hook to their investors. “What most consumers don’t understand is even when they stop making their mortgage payments, servicers are required by contract to continue to make those payments on their behalf to whoever owns the mortgage note,” said Rick Sharga, a mortgage industry veteran and founder of CJ Patrick Company, a real-estate consulting firm.

“The government has basically put in place a program that allows borrowers not to pay but it’s done nothing to backstop the servicers who are going to need that cash to make the payments themselves,” Sharga said.

Non-banks play a bigger role in the mortgage industry today

The forbearance situation is even more concerning for nonbank mortgage firms. In the wake of the Great Recession, non-bank mortgage lenders such as Quicken Loans, Freedom Mortgage and Mr. Cooper COOP, +16.48% have grown significantly.

Non-bank lenders accounted for nearly two-thirds of all new mortgages as of May 2019, according to data from the Urban Institute, a left-of-center policy research group. Back in 2013, comparatively, they made fewer than 40% of all loans.

These companies play a particularly big role when it comes to loans backed by the FHA, Department of Veterans Affairs and Department of Agriculture. Non-bank lenders make up 86% of this market. These loans are more likely to go to first-time home buyers and black and Latino households, as compared with loans backed by Fannie Mae and Freddie Mac.

While non-bank firms are subject to many of the same regulations as banks, they don’t need to undergo the same amount of stress testing or keep the same amount of capital on hand. And the fact that these companies don’t have deposits to draw on to continue making payments to investors means they’re in a particular bind as a result of the uptick in forbearance.

“There’s just no way anybody could have enough capital set aside to handle the kind of payments that servicers could have to make,” Sharga said.

Also see:These U.S. housing markets are most vulnerable to a coronavirus downturn

While the Federal Reserve has stepped in to purchase mortgage-backed securities to stabilize interest rates in the mortgage industry, the federal government has yet to provide support specifically for mortgage servicers so that they can continue to make loan payments.

“While some servicers will not need assistance, many others will require temporary support to deliver forbearance at the scale and for the duration required,” the coalition wrote in a joint statement.

Lawmakers have supported this position. A bipartisan group of senators authored a letter to Treasury Secretary Steven Mnuchin saying that “urgent action is required to avoid a critical strain on liquidity for certain home mortgage servicers.” The senators called on the Financial Stability Oversight Committee to create the facility for servicers.

And Federal Reserve Chair Jerome Powell said the Fed was “watching carefully” the situation with mortgage servicers following a speech at the Brookings Institution.

But not all regulators have supported this notion. FHFA Director Mark Calabria downplayed the situation. “I think the frustration here is a lot of just misrepresentation,” Calabria told The Wall Street Journal earlier this week. In a separate interview with industry publication HousingWire, he said that the stress servicers were experiencing was not systemic.

Calabria indicated that Fannie Mae FNMA, +0.96% and Freddie Mac FMCC, +1.04% would not extend liquidity to servicers in distress, but he said the housing giants might transfer servicing from struggling companies. (The FHFA did not return a request for comment.)

It’s not clear though that companies would be willing to take on those loans. “Those are exactly the kind of loans as a servicer you don’t necessarily want on your books,” Sharga said.

But industry experts said delaying relief to servicers could exacerbate issues in the mortgage market. “We know given the pace at which the job market is deteriorating and the volume coming into servicers that there is going to be a need in the future, and waiting too long to make that announcement puts unnecessary stress on the system,” said Mike Fratantoni, chief economist for the Mortgage Bankers Association.

“ We know given the pace at which the job market is deteriorating and the volume coming into servicers that there is going to be a need in the future, and waiting too long to make that announcement puts unnecessary stress on the system. ”

Problems in the mortgage industry could hurt borrowers

Housing experts warned that it’s not just the mortgage companies themselves that will face hardship because of the breakdown in the servicing industry, but that borrowers too could be caught in the mix.

Within a matter of weeks, the U.S. could see servicers “run out of cash and basically become insolvent,” said Karan Kaul, a research associate at the Urban Institute. If a servicer were to go out of business, borrowers’ loans would be transferred to another company.

But the process of transferring loans is time consuming and can be messy. A similar situation played out when many firms went out of business during the foreclosure crisis that preceded the last recession.

“Millions and millions of borrowers had their loans get transferred from one servicer to the other, and oftentimes in the transfer some documentation was lost or data was not stored in the same format,” Kaul said.

Read more:Mortgage rates are near record lows, but home buyers may face an uphill battle in securing them

While the industry has improved the process of transferring loans between servicers, the scale at which this could happen in the weeks ahead will most likely impact borrowers. “No doubt some servicing transfers are going to happen,” Fratantoni said. “There have been lots of efforts to make it more efficient, it is going to be disruptive.”

Borrowers in the middle of requesting forbearance may need to start from scratch. Other borrowers may face confusion as to where to send payments. In a worst-case scenario, people could see servicers erroneously report them as being delinquent on their mortgage when they were granted forbearance, putting those homeowners at risk of foreclosure.

“ Borrowers in the middle of requesting forbearance could need to start from scratch if their loan is transferred to a new mortgage servicer. ”

The situation also wouldn’t benefit borrowers facing financial hardship. “There’s a misconception that a borrower gets better service from a bigger servicer than a smaller servicer,” Sharga said.

Large servicers may be more efficient, but smaller servicers tend to be more hands-on with borrowers in distress, Sharga argued.

While some mortgage servicers are standalone firms, in most cases the companies that service mortgages also originate home loans.

As a result, if these companies are put out of business because of the coronavirus crisis, Americans could have fewer options of where to get a mortgage in the future. “And that impacts the eventual recovery as well, even after the virus has been contained,” Kaul said.

Moreover, the effects of the situation in the servicing sector won’t be experienced equally by all home buyers. Because the non-bank servicers at risk of going out of business are more likely to serve people in the market for FHA and other government-insured loans, first-time home buyers and people of color are more likely to face trouble getting loans as a result.