Their Stories: Alan Merrill was a rock ’n’ roll icon, from Tokyo to New York 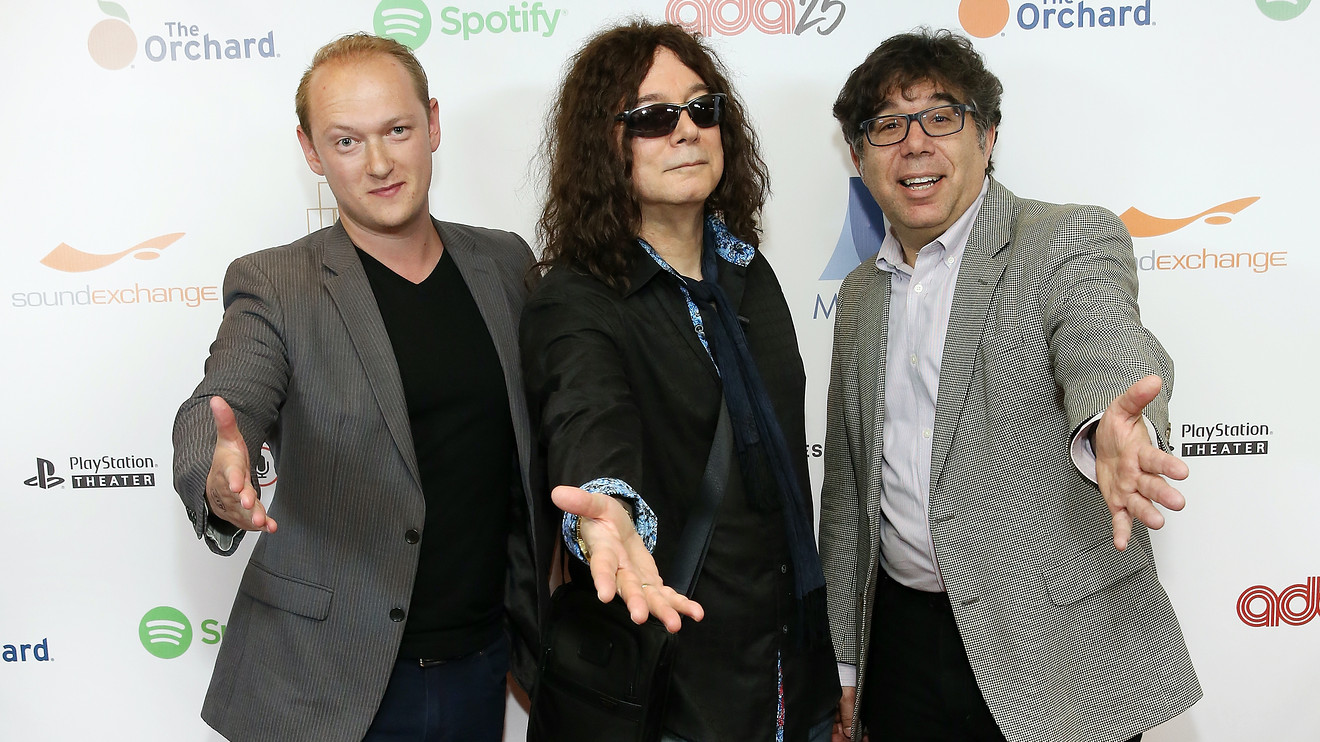 In the 1970s, Alan Merrill, lead singer for London-based rock band the Arrows, saw the Rolling Stones play “It’s Only Rock ‘N’ Roll” on “Top of the Pops.”

“I’d met Mick Jagger socially a few times, and I knew he was hanging around with Prince Rupert Lowenstein and people like that—jet setters,” he told the website Songfacts in a 2009 interview. “I almost felt like ‘It’s Only Rock and Roll’ was an apology to those jet-set princes and princesses that he was hanging around with… That was my interpretation as a young man: Okay, I love rock and roll.”

Merrill went on to write “I Love Rock ‘N Roll”—an un-ironic and unabashed love ode to rock music—which became one of the defining songs of its generation and has since been covered by everyone from Joan Jett to Britney Spears and Miley Cyrus. A parody version of the song, “I Love Sausage Rolls,” which was produced to raise money for charity, became the top Christmas hit in the U.K. last year.

On March 29, Merrill—a musician, songwriter, actor, and model whose colorful life spanned the globe—died from complications from COVID-19 at the age of 69 in Manhattan. He is survived by his second wife, Joanna Lisanti; daughters Laura Merrill and Allegra Soler; and son Allan Sachs-Ambia. It’s unknown whether he had any pre-existing conditions.

Merrill had been in the process of releasing a new album when he died.

Born in the Bronx as the only child of jazz singer Helen Merrill and saxophonist Aaron Sachs, Merrill was raised with music: his parents regularly played with the likes of Earl Hines, Charlie Parker, and Billie Holiday. American singer-songwriter Laura Nyro, whom he was related to through marriage and was several years his senior, meanwhile, considered him a cousin.

In the late 1960s, Merrill moved to Tokyo, where his mother was living. Merrill not only managed to open a door to the Japanese music world, but thrived, quickly achieving a hit with “Akuma Ga Kureta Aoi Bara,” which he sung in Japanese for band The Lead, before becoming a pop star in his own right.

With his androgynous good looks—soulful eyes, a mop of dark hair, and a lanky build—Merrill found himself in high demand. In Tokyo he dated go-go dancers, modeled for big brands, became a TV host, acted in soap operas, and was signed as a solo act to Atlantic Records. In 1972 he formed Vodka Collins, Japan’s first glam rock band, whose album “Tokyo –New York” had three hit singles.

In 1974 Merrill moved to London, a place he referred to as the “Everest” for ambitious musicians, where he formed the Arrows.

Following several hit singles in the U.K., the Arrows recorded “I Love Rock ‘N Roll” in 1975. While the song was only a modest success, it became a No.1 hit—staying on the Billboard Hot 100 chart for seven weeks—after Joan Jett and the Blackhearts recut it in 1981, launching her career.

“I can still remember watching the Arrows on TV in London and being blown away by the song that screamed hit to me,” said Jett in an Instagram post following Merrill’s death, adding that she felt “deep gratitude” for his work.

Another of Merrill’s songs, “When the Night Comes,” was covered by Lou Rawls in 1983, for his album of the same name. The same year, Rawls’ version became the first album to be played in outer space; astronaut Guion Bluford blasted it back to earth from space shuttle the Challenger.

Merrill “made everyone feel like you were his best friend, and he was genuine like that,” said New York-based musician Rew Starr, who held a live online memorial concert following his death. “He had so much class, but he was so down to earth. He… had a childlike quality to him. He was a living legend.”

“His songs were stories,” added Starr. “He sang them like it was the first time every time.”

Read more: Stories about lives lost during the COVID-19 pandemic

Teri Scoble first met Merrill in 1976 when she was a choreographer on the Arrows show produced at Granada TV in the U.K.

“Alan Merrill was uber-talented, unassuming and the nicest person to work with,” she recalled. He “was a warm and loving friend and made me smile… The world will be a poorer place without him.”