: These company executives have been buying stocks that have been hammered by coronavirus fears 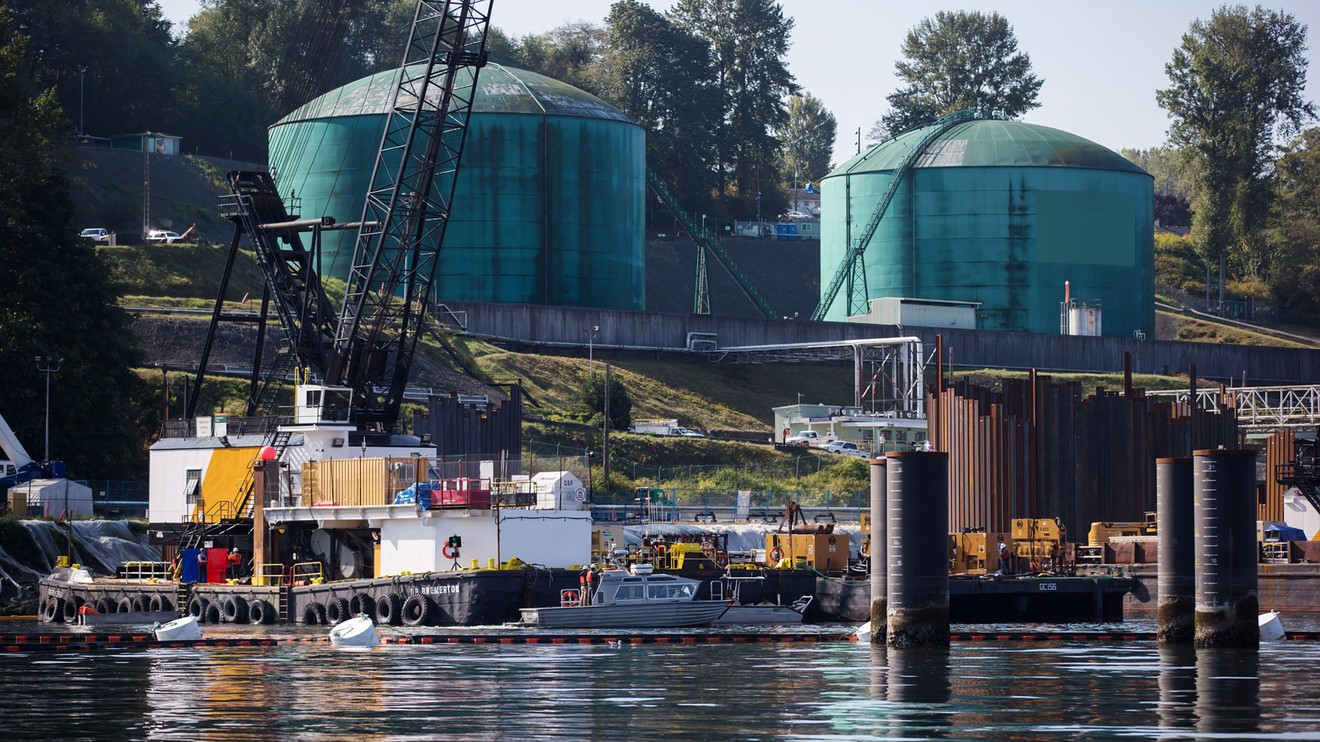 In his investing book “The Vital Few vs. the Trivial Many: Invest With the Insiders, Not the Masses,” George Muzea argues that the best time to purchase stocks is when “those in the know” are buying, and “those not in the know” are selling.

People in the know are corporate insiders like directors and top managers who get daily reports on sales trends and projections, and who can read the body language and other signals inside companies.

They’re buying like crazy in the coronavirus-led bear market.

I’ve tracked insider buying on a daily basis for over 10 years, because it’s a big part of how I select names for my stock newsletter, “Brush Up on Stocks,” launched in 2010. The current wave of insider buying is as big as any I’ve seen during the great panics of the bull market — all of which were followed by rebounds.

Importantly, insiders are going straight to all the sectors that will supposedly get hit hardest by the virus: air travel, amusement parks, restaurants and economically sensitive areas like basic materials, energy and industrials. They are doing so with repeated, large purchases. There’s virtually no insider buying in classic defensive areas like consumer staples.

Those not in the know, in Muzea’s view, are investors and the media. Given that studies routinely show the vast majority of mutual funds and hedge funds lag behind the markets, it’s easy enough to see why he might think investors aren’t in the know. They’ve certainly been big sellers lately, taking the S&P 500 SPX, -5.79%, Dow Jones Industrial Average DJIA, -6.52%  and Nasdaq Composite Index COMP, -6.09%  down into bear territory.

I’ll have to claim conflict of interest on whether the media are “not in the know.” You can decide on your own if the wall-to-wall nonstop coverage of the coronavirus looks like the kind of groupthink that can cloud judgement.

One clue might be that it’s virtually all negative and often based on careless use of data. On his show “Tucker Carlson Tonight,” Carlson this week claimed the mortality rate for the virus is 2% to 3.4%. This is wrong because it’s based on a too low a case count. People who actually know about viruses, like virologist Michael Mina at Harvard University, believe the actual infection rate might be 10 times the commonly cited number, because of widespread under-reporting of mild cases.

That suggests the real mortality rate is 10 times less than what Carlson repeated, drawing from media reports that also constantly repeat the false mortality rate. But when you need ratings to support your show’s ad sales, damn the facts and scare the heck out of people, right? Sure, why not.

If you want to use Muzea’s advice — and follow insiders into names getting crushed by investors and negative media sentiment — consider the following companies. In the viral spiral, they’ve seen insider purchases of $1 million or more. This is rare in insider analysis, and it suggests potential outperformance.

As the self-proclaimed largest regional theme park operator in the world and the largest water-park operator in North America, Six Flags Entertainment’s SIX, -7.92% sales and profits are destined to get ravaged since people will shun amusement parks to avoid the coronavirus. So goes the conventional wisdom.

Insiders beg to differ, and they aren’t messing around. Director Arik Ruchim has booked over $63 million in stock purchases during the coronavirus meltdown of the markets and Six Flags shares. To be fair, that’s not actually his money. Rather, it represents buying by his investment shop H Partners. I discount a lot of supposed insider buys by “beneficial owners.” These are investors who have to report because they have big positions. But not when the purchase size is really huge and there’s a director involved. As the fourth-largest holder of Six Flags at the end of last year with a $180 million position, H Partners presumably knows this business well. So does Ruchim, as a director.

He’s not the only insider buyer. CEO Mike Spanos and director Selim Bassoul have purchased $500,000 each during the corona meltdown. Bassoul is the former CEO of Middleby MIDD, -6.88%, which sells appliances and equipment used in industry, so he’s got good experience assessing economic trends.

The coronavirus is going to cause such a long-lasting economic slowdown, it will crush energy demand — and kill energy stocks, too. That’s what the bears say. A long-time energy sector veteran, Richard Kinder, obviously disagrees.

During the current spiral in the market, the Kinder Morgan founder has purchased $25.4 million worth of stock. I weight founder purchases higher, since founders presumably know more about their sectors.

CEO Steven Kean has also made a rare purchase of $93,000 worth. This is relatively small, but he hasn’t bought stock in five years. So it stands out as a signal. Kinder Morgan has a large 6.2% dividend yield, and the insiders are telling us there’s a good chance for capital appreciation, too.

This is the closest insiders come to buying “defensive” names. Newell Brands has defensive characteristics since it sells consumer staples such as cleaning products and food-storage containers. Those are things people need so they keep buying them in recessions.

But Newell Brands NWL, -2.45%  also sells discretionary items like Oster, Sunbeam and Mr. Coffee appliances, which consumers cut back on during hard times. So it’s an economically sensitive company too. Intriguingly, this company sells Rubbermaid gloves, which are popular as cleaning efforts step up due to the virus.

After all, ignoring all outside owners means you block purchases by Berkshire Hathaway BRK.B, -5.45%. Do you really want to dismiss Warren Buffett? Anyone who ignores Carl Icahn is missing out — he’s a savvy investor. Icahn is an activist investor here, lobbying for reforms he thinks will make the stock go up.

There’s also a $37,000 purchase by Robert Schmidt. That’s small, but as chief accounting officer he’s a line manager. Their buys often count more than those of directors, who are often more removed from the day-to-day business. Newell features a 6.7% dividend yield.

In the age of coronavirus, no one wants to travel anymore. Bad news for TripAdvisor TRIP, +9.48%  , which helps travelers book cruises, flights, hotels and restaurants online. So dump the stock, right? CEO Stephen Kaufer clearly disagrees. He just took down $966,000 worth of shares. It’s pretty unusual to see insider purchases this big. CEO buys count for more, among insiders. Plus, this is a rare buy for Kaufer. He hasn’t purchased in six years. There’s no yield here.

Since the economy will tank because of coronavirus, companies that sell basic materials and parts used in industry will run into serious problems. Especially if — like Hexcel HXL, -16.10% — they sell to commercial aircraft makers, the auto industry, and companies that sell discretionary recreational products like boats, skis, snowboards, surfboards, bikes and hockey sticks. Sell this name now!

The CEO doesn’t think so. Nick Stanage is betting big that the bears are wrong. He just bought $2 million worth of stock, another mega purchase. Stanage has a good record as a buyer and a seller. He was a heavy seller in early September at $86 and now he is buying back much lower. Hexcel pays a 1.1% yield.

Unlike gold or silver, lowly copper is used a lot more in industry than jewelry. So in a coronavirus slowdown, copper demand will plummet. And so will the stocks of companies that produce it. So goes the bear case for Freeport-McMoRan FCX, -10.96%. Insiders here think this view is a joke. CEO Richard Adkerson just bought $2.5 million worth of stock and CFO Kathleen Quirk purchased $863,000 worth. Director John Stephens also just bought around $500,000 worth. There’s a 2.2% dividend yield.

At the time of publication, Michael Brush had no positions in any stocks mentioned in this column. Brush has suggested SIX, KMI and FCX in his stock newsletter Brush Up on Stocks. Brush is a Manhattan-based financial writer who has covered business for the New York Times and The Economist Group, and he attended Columbia Business School.

The Tell: Don’t count on a ‘blue sweep’: Markets are starting to get jittery over the possibility of another divided government in Washington post-election

The Ratings Game: These solar stocks are now a ‘sell’ at UBS given post-election uncertainty

: This bill aims to give Americans ‘confidence and dignity’ as they approach old age