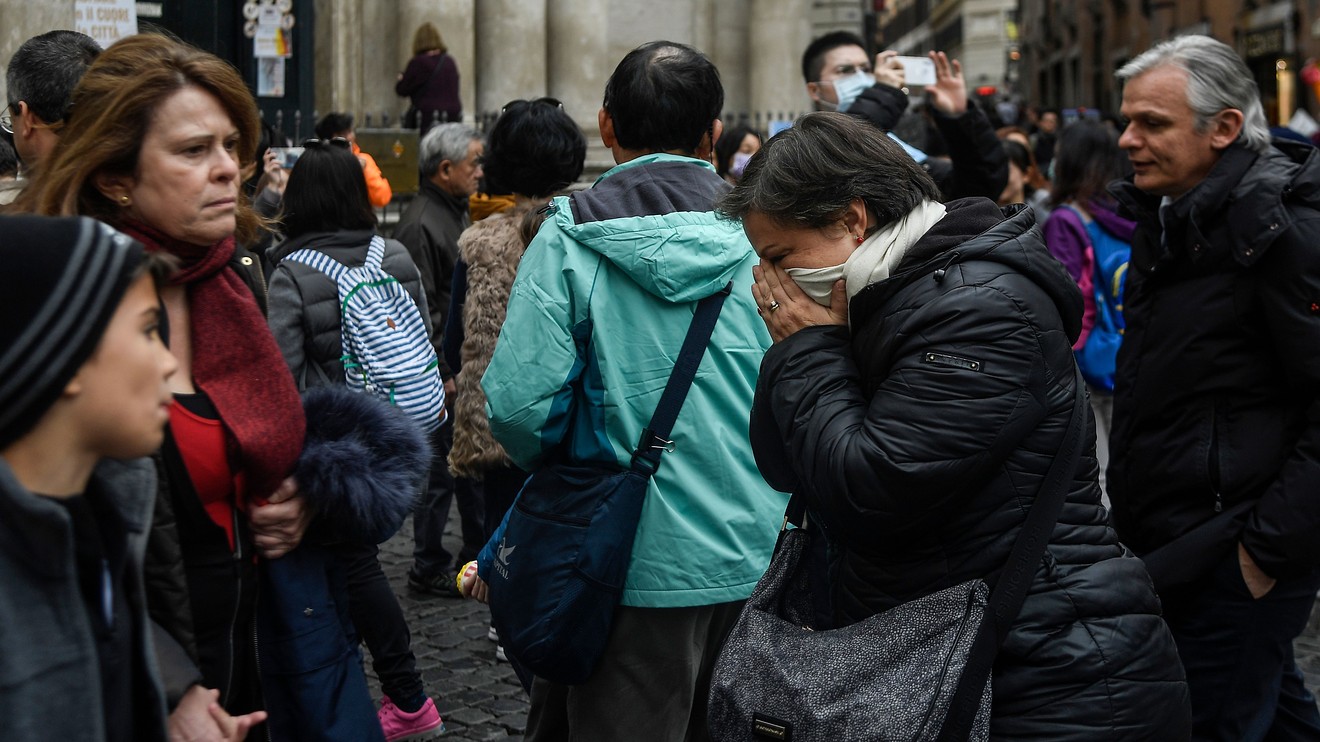 Will April usher in a quick exit for the deadly coronavirus as President Donald Trump claimed this week?

The president was not the first to tie warmer temperatures to a slowdown in the spread of the disease, but experts have stepped up to temper this prediction. Some experts pointed to the unknowns a novel virus presents. Others said a springtime retreat for the virus might only mean it returns later in the year. Most stressed that waiting out the weather without pandemic public-health practices was ill-advised.

Trump told supporters at a rally in New Hampshire Monday night that the virus will be gone by April, claiming that when temperatures rise, “the virus” will “miraculously” go away. Chinese President Xi Jinping has said the same, Trump said. The latest deadly coronavirus, eventually referenced as COVID-19, first emerged in China at the end of last year.

“The virus that we’re talking about having to do, a lot of people think that goes away in April, with the heat, as the heat comes in, typically that will go away in April,” Trump repeated later to a group of governors.

The president may be tracking reporting by his own coronavirus team, or that of outside sources. Hassan Aftab, in a February note for S&P Global Ratings, said the firm expects the coronavirus outbreak to “stabilize globally in April 2020, with virtually no new transmissions in May.”

S&P Global added that a worst-case projection targets the stop of spread in late May, and optimistically, in March.

This particular coronavirus, whose scientific name is 2019-nCoV or COVID-19, is a respiratory illness with pneumonia-like symptoms. It spreads via particulate from coughing and other close contact between people. Other coronaviruses that are endemic, or permanently present, in the global human population all cause common colds. Even a cold can bring on pneumonia and death in rare instances, usually for the more-vulnerable elderly or those with weakened immune systems.

Officials at the World Health Organization said on March 5 there’s no reason to believe temperature will play a role in the outbreak, but added that the subject was worth a deeper dive.

It’s true that in temperate parts of the world, like the United States, Europe and much of Asia, flu season tends to spike in the winter and drop off in the spring. Being forced to live, work and play inside for longer periods, with other people, is risky for contagion.

In the warmer tropics, on the other hand, flu season tends to spread out throughout the year, with some spikes during the rainy season. As a result, some experts suggest that climate change may cause flu outbreaks in temperate regions to become less intense but more evenly distributed across the seasons.

Other types of coronaviruses, which have been around longer and been better studied than COVID-19, have also exhibited seasonal patterns. But it’s not clear what patterns the novel COVID-19 will form, several public health reports out in recent weeks have said. Its newness also means that human immunity has not had a chance to build up.

Read: Is coronavirus airborne? Will it live in my bathroom? Is it OK to fly or eat out? Are men more likely to get it? Busting myths and confirming facts about COVID-19

Harvard epidemiologist Marc Lipsitch has written about the 2002-2003 epidemic of severe acute respiratory syndrome, or SARS. It did ease over the summer. But, stressed Lipsitch, “SARS did not die of natural causes. It was killed by extremely intense public health interventions in mainland Chinese cities, Hong Kong, Vietnam, Thailand, Canada and elsewhere.” Among other things, authorities isolated cases and quarantined their contacts, he said.

“Will COVID-19 go away on its own in warmer weather?” the title of a Lipsitch update asks. “Probably not,” he answers.

But a longer-term view of rising temperatures can’t be ignored either. As the Earth continues to warm at the hands of man-made climate change, many scientists expect to see changes in the timing, geography and intensity of disease outbreaks around the world. And some experts believe climate change, along with other environmental disturbances such as rising water levels, could help facilitate the rise of novel outbreaks.

The spread of toxins, asthma cases, cardiovascular disease and Lyme disease is on the rise, all part of what prompted The Lancet to declare climate change as the biggest global health threat of the 21st century.

In one of the first studies to examine the effect of climate change on diseases such as influenza that are transmitted directly from person to person has found that higher temperatures and increased rainfall could make outbreaks less severe but more common, particularly in North America. Princeton University-led researchers studied how climate conditions influence annual outbreaks of respiratory syncytial virus (RSV) in the United States and Mexico, where the common pathogen can cause serious respiratory infections. Reporting their results in the journal Nature Communications, they found that fluctuations in humidity are the driving force behind the virus’ spread in temperate northern locations, while RSV epidemics track the rainy season in tropical locales.

Another study, released earlier this year, came up short in reaching consensus of the severity of the risk of influenza epidemic in a warming climate. Findings did indicate that rapid weather variability in autumn can be a precondition for a deadly influenza epidemic in the subsequent months in highly populated northern mid-latitudes; and the influenza epidemic season of 2017-2018 was a typical case.

Further, rapid weather variability in autumn will continue to strengthen in some regions of northern mid-latitudes in a warming climate, that study found, implying that the risk of influenza epidemic may increase 20% to 50% in some highly populated regions in later 21st century.

PrevPreviousBitcoin Tanks to $6K Mark on Economic Damage from the Coronavirus
NextNerdWallet: Before you celebrate, here are 2 times when a tax refund isn’t so greatNext