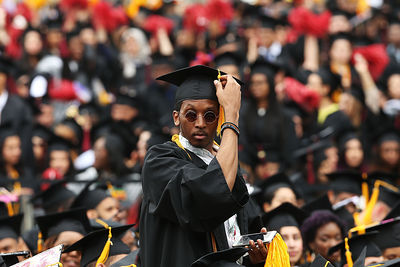 The Trump administration wants to end a program that lets certain workers in the public and nonprofit sector wipe out their student-loan debt.

J.P. Gilbert, a 30-year-old assistant public defense lawyer based in central Florida, hasn’t missed a single loan repayment since he started paying off the debt five years ago. He’s been diligent about making payments on time and keeping his government job so that in five years he can qualify for student loan forgiveness.

But President Donald Trump’s recently proposed budget cuts would put a stop to the Public Service Loan Forgiveness program that’s made it possible for people like Gilbert to work in the public and nonprofit sector. In 2019, the Congressional Budget Office estimated the program costs $12 billion annually.

Trump failed to nix the PSLF program when he proposed axing it in last year’s budget proposal.

The program, enacted by President George W. Bush in 2007, allows borrowers who work in certain public or nonprofit sector jobs to have their federal student loan debt erased after making on-time payments for 10 years.

The program has strict — and some say, confusing — rules that applicants must adhere to for an entire decade. Ultimately only 1% of borrowers who applied in 2018 for loan forgiveness had their applications accepted. That amounted to just 96 borrowers out of a pool of 29,000 who had about $5.52 million in debt discharged under the program.

Applicants typically understand that adhering to the program’s guidelines — which include having their employers submit annual certification reports to verify their roles — by no means ensures that their student debt will be wiped away. But that small glimmer of hope is why Gilbert has continued to work as a public defense lawyer.

“I love the work that I do but outside of the love of what I do the really biggest thing about me being in this job is the ability to qualify for the loan forgiveness program,” Gilbert said. He now has a six-month-old daughter, and if the PSLF program ended, he’s not sure that he would be able to keep his job, he told MarketWatch. He graduated from Stetson University’s College of Law which currently costs $44,468 a semester for full-time students.

Other borrowers said the program’s demise would force them to rethink some life goals.

“I feel strongly about the career I went into,” Mai El-Sadany, a 30-year-old legal and judicial director at the Tahrir Institute For Middle East Policy, a nonprofit based in Washington D.C., said. “But I would have to make serious life changes and not be able to save up for a house.”

Like Gilbert, El-Sadany also took out student loans to attend law school, in her case, at Georgetown University. She owes around $62,000 after paying 53 of the 120 qualifying payments toward forgiveness, which she hopes to be granted in Sept. 2025.

The budget “doubles down on making college less affordable and unattainable for many American families with a $170 billion cut to student loan programs over 10 years,” the chairman of the committee, John Yarmuth, said Monday. “This includes increasing costs for new students by eliminating subsidized student loans and making it more difficult for students to repay their loans by eliminating the Public Service Loan Forgiveness program.”

Because the House and the Senate already passed a two-year budget deal last fall, it is unlikely that the two chambers will take Trump’s proposal into consideration.

Republican Senate Budget Committee Chairman, Mike Enzi, said he will not hold a hearing on the budget cuts because it would only spark “animosity” between Democrats and Republicans, The Hill reported on Monday. Enzi, a Wyoming senator, is retiring later this year.

For these two reasons, it is unlikely that the government will cut spending on student loan forgiveness by $170 billion and end the PSLF program, as Trump’s plan proposes.

The PSLF program, El-Sadany said, “is really important irrespective of social background,” adding that it sends an important message to nonprofit and government workers that they are appreciated by the government.

PrevPreviousOutside the Box: The lessons of Vanguard’s Jack Bogle have helped countless investors — but his picks could be improved
NextEthereum (ETH) Almost Doubled This Year: Here are the Major TriggersNext