Weekend Sip: A cocktail-making machine from the people who brought you Keurig coffee cups — perfect for pandemic happy hour? 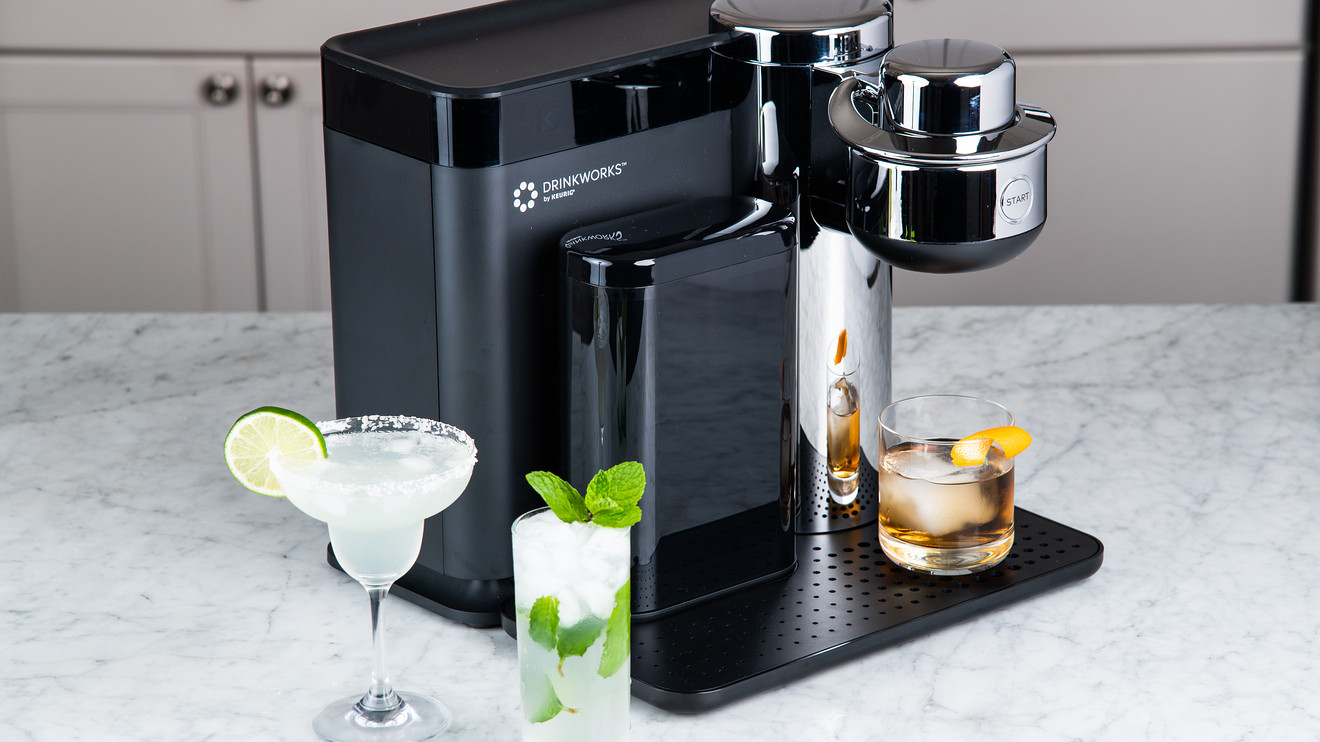 The back story: Americans love their cocktails. And reports suggest that many have been rediscovering the joys of happy hour during the pandemic. But making a mixed drink does involve some, well, mixing, not to mention having the right ingredients on hand.

That’s where Drinkworks, often dubbed the K-Cup machine of cocktails, enters the picture. And sure enough, the corporate outfit behind the machine is a joint venture between Keurig Dr Pepper KDP, +1.04%, the K-Cup company, and Anheuser Busch BUD, +1.88%, the beer maker.

The idea for Drinkworks emerged in 2017 and the product came to market a year later. The goal, says Drinkworks CEO Nathaniel Davis, was to bridge the gap between a professional bar and a home bar and allow the cocktail lover to enjoy any number of drinks with the touch of a button.

Of course, that requires not just a machine, but also the liquid goods — Drinkworks is really in the “Pods” business. That’s what that company calls its proprietary boozy equivalents of K-Cups, which are essentially cocktail concentrates. That is, all the alcohol and mixers are contained within the Pods; the machine mixes everything together with water — still or sparkling — to create what the company says is the perfect drink. The Pods are typically priced at $15 to $19 for a tube of four or $50 to $55 for a variety pack of 12, so the cost generally runs $4-5 a drink.

Don’t miss:A canned cocktail for when you’re cooped up at home during the coronavirus pandemic

There are more than 20 drink offerings in the lineup so far, from a Mojito to a Moscow Mule, with additional ones slated for the future. Just introduced is a cocktail called the Lynchburg Lemonade, a partnership with Jack Daniel’s BF.B, +1.79% . Also new to the mix: a Brunch Collection of drinks that includes a Peach Bellini and something called a Rise ‘n Shine Margarita.

Drinkworks won’t say how many of its machines it has sold to date, but Davis notes the company’s presence is growing. Drinkworks is now active in 11 states and has plans for expansion.

What we think about it: Drinkworks is seemingly a clever idea, but the machine strikes us more as a novelty than a necessity. For starters, it’s a bulky behemoth that eats up a fair share of counter space, though Davis notes it’s a space saver when compared to storing lots of liquor bottles. On top of that, we have to ask: How hard is it to make certain cocktails? All that’s needed for a Moscow Mule is vodka and ginger beer, for example.

Plus, we can’t say we’re fans of every drink we made with the machine (we tried five in all). That Lynchburg Lemonade was too sweet to our taste, though the margarita was a respectable take on the classic (too bad the machine can’t apply salt to the rim of your glass).

Ultimately, if we had a decent sized kitchen (or rec room) and did lots of entertaining, we could see a place for Drinkworks. Certainly, the machine might come in handy at a party, letting guests enjoy lots of different cocktails while freeing the host from having to do all the work (or hire a bartender). But we’ll have to wait till the pandemic passes to have such a bash.

A final note: Drinkworks has a Mother’s Day sale through May 10, with the machine reduced to $199. Alternatively, you can just buy mom a nice bottle or two with the appropriate mixers.

PrevPreviousThe same number of people could die from ‘deaths of despair’ as have already died in the U.S. from coronavirus, new study finds
NextLibrarians are being enlisted to help in the battle against the coronavirus pandemic. How you too can become a contact tracerNext