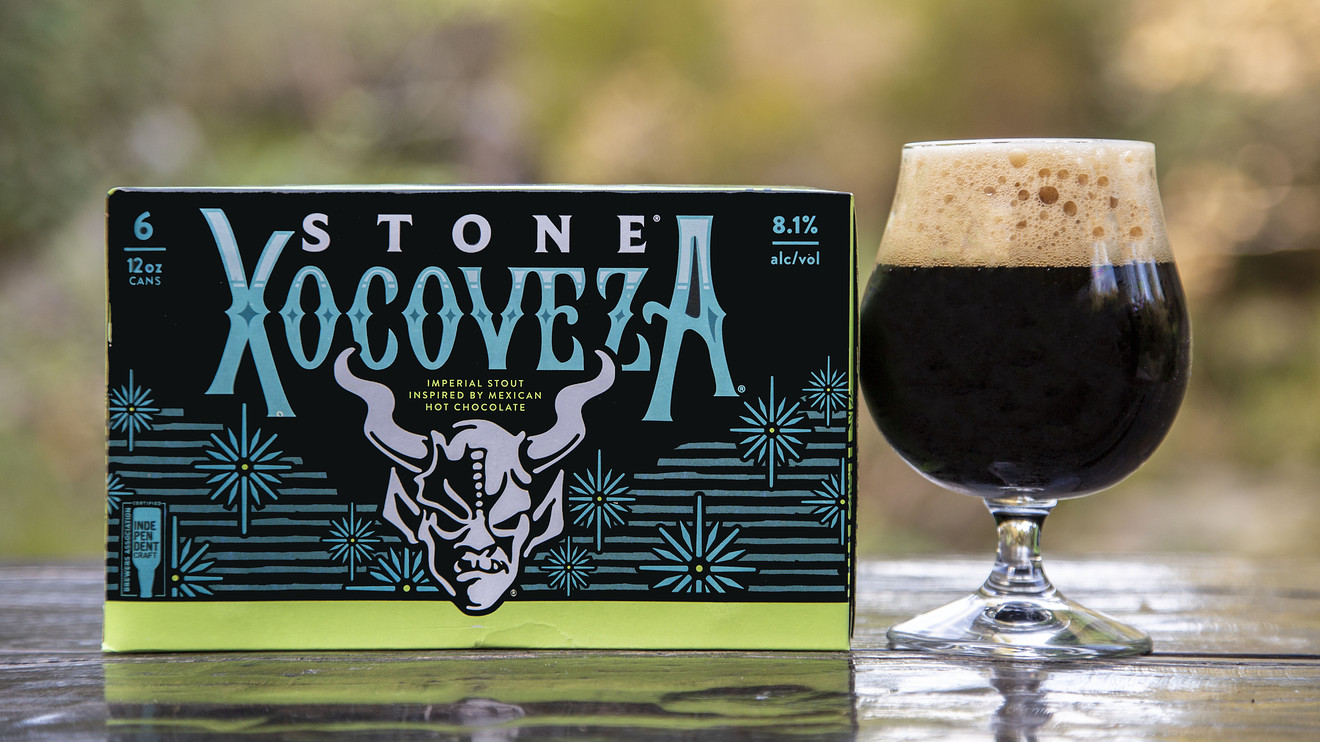 The can: Stone Brewing Xocoveza, $16 for a six-pack

The back story: This might be a mild winter in some parts of the country. But it is still cold enough on many a night to call for a mug of hot cocoa.

Or perhaps a hot cocoa-flavored beer.

Such is the inspiration behind this limited-edition offering from the California-based Stone Brewing, one of the country’s largest craft beer makers. The stout-style beer is based on the Mexican version of hot chocolate, which adds notes of spice to the sweetness.

Stone can’t take credit for the idea: The brew is actually the result of a homebrew competition the company hosts every year. The winner — in this case, San Diego homebrewer and Stone aficionado Chris Banker — gets to see their beer produced as a Stone seasonal offering and distributed throughout the U.S. The response to Xocoveza was so strong that Stone has made it an annual release over the last several years. “Our brewers and fans fell in love with the beer,” said a company spokesperson.

Xocoveza is also in a different vein from some of Stone’s other beers. The company is best known for what it calls “aggressively hoppy, boldly flavorful” brews — most notably, its Stone IPA. Founded in 1996, Stone says it produced 400,000 barrels of beer last year and ranks among the country’s 10 largest craft brewers.

What we think about it: It’s almost uncanny (no pun intended) how much this beer mimics Mexican hot chocolate. The cocoa notes are impossible to miss, but so are the other ingredients that go into the brew, pasilla peppers and cinnamon in particular. In short, this is a sheer delight to drink on a winter day.

How to enjoy it: We don’t suggest heating this up like hot chocolate, but it’s also not a beer to have super cold — you don’t want the chill to get in the way of the flavor. We think it would make a smart pairing with dessert — say, a slice of chocolate cake. But the Stone team suggests it also goes well with a host of savory foods, including beef stew and lamb chops.