You can’t get fired for having the coronavirus, but your boss can take your temperature — how the COVID-19 pandemic is reshaping workplace laws 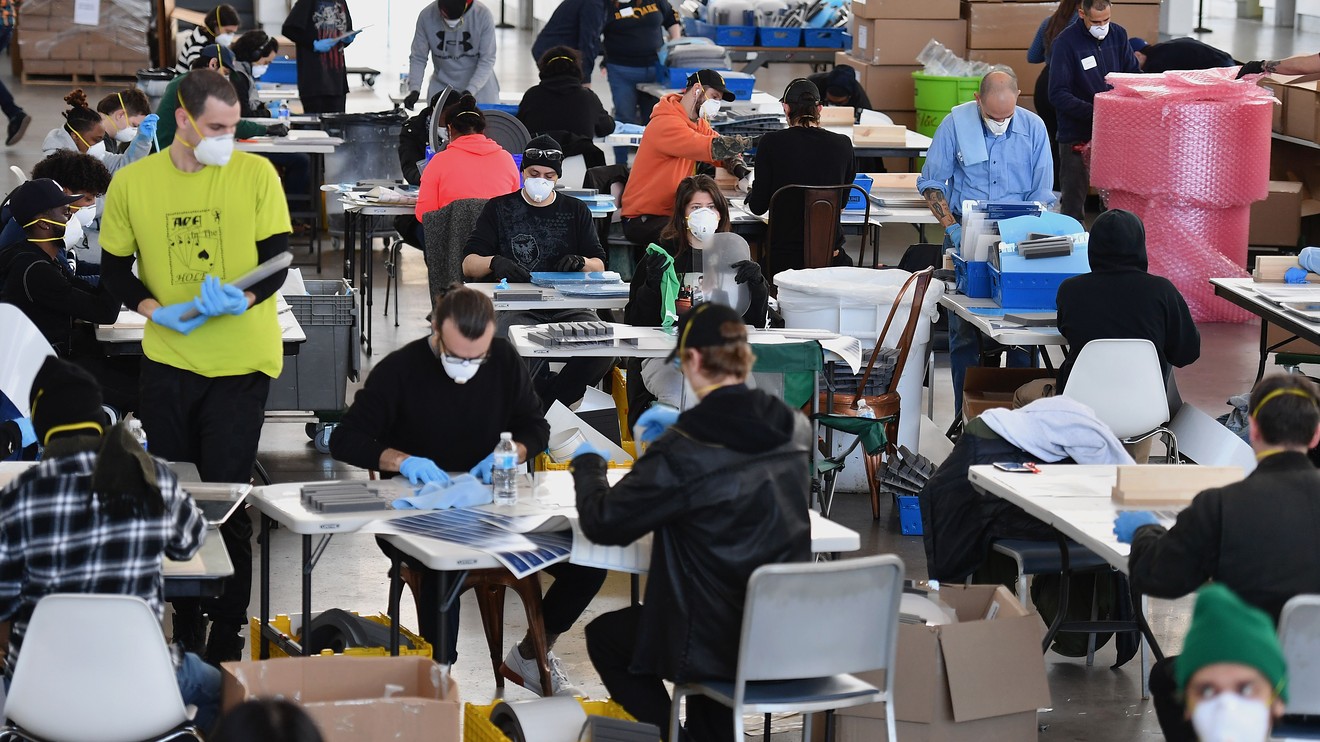 The coronavirus outbreak is upending the workplace, tearing millions of Americans from their jobs and forcing many others to work from home.

While workers reel from the pandemic’s effects, legislators are quickly crafting laws in response.

Earlier this month, Congress enacted one law saying workers will get paid leave if they’ve been infected by COVID-19, or if they need to miss work to care for sick relatives or children who are suddenly home from school.

Meanwhile, a pending $2 trillion stimulus bill would pay unemployed workers an extra $600 weekly on top of their state-level unemployment claim. The bill is just awaiting President Donald Trump’s signature at this point.

Here are answers to some emerging questions about the coronavirus in the workplace.

Can I get fired for having COVID-19?

No, legal experts told MarketWatch. First off, the newly-enacted Families First Coronavirus Response Act authorizes sick leave for workers contracting COVID-19 — and it says it’s illegal for any employer “to discharge, discipline, or in any other manner discriminate against any employee” who tries to access the law’s leave provisions.

Secondly, the Family and Medical Leave Act (FMLA) and the Americans with Disabilities (ADA) would protect sick workers from being fired, said attorney Peter Romer-Friedman, who represents workers.

Romer-Friedman, principal at the Washington D.C. law firm Gupta Wessler, said he hasn’t been getting calls yet from prospective client complaining about firings related to the outbreak. “My sense is most employers are trying to be compassionate in this time and figuring our business continuity issues.”

However, many businesses may still need to let workers go because of the outbreak’s economic consequences, said Alka Ramchandani-Raj, of counsel at Littler Mendelson, a firm representing employers.

Some states are enacting laws to protect workers during the outbreak.

New Jersey employers cannot “terminate or otherwise penalize an employee” who comes down with coronavirus, according to a state law passed last week.

‘Firing an employee because they coughed at work and the employer perceived them to have a disability related to COVID-19 violates the State’s Law Against Discrimination.’

Still, several workers have contacted the New Jersey Attorney General’s Division on Civil Rights and alleged they have been fired for coughing on the job, a spokesman told MarketWatch. “Firing an employee because they coughed at work and the employer perceived them to have a disability related to COVID-19 violates the State’s Law Against Discrimination,” he said.

The office has also been getting calls from workers alleging that they are being forced to show up for work despite the state’s “shelter in place” order and their ability to work from home.

States including California, Kentucky and New York have pending bills ensuring workers can take leave and will not suffer job consequences for doing so.

Can my boss take my temperature or ask how I’m feeling?

“There is no absolute prohibition” in the ADA stating bosses can’t ask medical questions, she noted. The EEOC issued guidance earlier this month enabling employers to take workers’ temperatures if they chose to do so.

Coronavirus symptoms include a fever, cough and shortness of breath, according to the Centers for Disease Control — which also says people should leave the workplace if they feel sick, minimize their contact with others and stay at home except to get medical care.

Nearly 17% of companies have arranged for temperature checks in the workplace, according to a survey of more than 700 companies by the human resources consultant Mercer.

Companies are also allowed to screen prospective workers, the EEOC said. That means employers can check prospective worker for symptoms after extending a conditional job offer. If a job candidate has symptoms, a boss can push back, or even withdraw that offer.

See also: There are 382,000 job openings and counting as Amazon, Walmart, Domino’s and others hire to meet coronavirus demand

Is my boss obligated to pay for gloves, wipes, sanitizer and cleaning supplies if I have to come to work?

Yes, according to a Department of Labor spokeswoman.

“Employers are required to provide their workers with a workplace free from recognized hazards likely to cause serious physical harm or death,” she said.

‘Employers are required to provide their workers with a workplace free from recognized hazards likely to cause serious physical harm or death.’

In order to follow the standard set by the department’s Occupational Safety and Health Administration, the spokeswoman said employers “are required to pay for personal protective equipment and supplies when they are used by their employees.” Violations could result in citations and civil money penalties, she noted.

Don’t miss: One of my coworkers was diagnosed with coronavirus, but the office was not cleaned. Can I be fired for refusing to go in?

Nearly half of the companies participating in the Mercer survey said they’ve distributed hand sanitizer, masks and gloves for workers to use at their discretion.

Of course, another employer accommodation would be trying to arrange for the staffer to work from home altogether, Rennert noted.

I’ve been laid off. Will my last check include money for severance and unused paid time off?

A record 3.28 million Americans filed jobless claims between March 15 and March 21, according to data released Thursday.

The stimulus bill’s proposed enhancement to unemployment claims might help soften the blow. But other federal and state rules on what employees can receive in their final check could pour salt on the wound for the suddenly unemployed millions.

There’s no guarantee in the federal Fair Labor Standards Act that a worker should get severance pay, the Department of Labor said. (New Jersey is the only state with a law requiring severance pay during mass layoffs of at least 50 workers.)

And what about unused sick days and vacation time? The rules on whether companies must pay those out vary state by state. California is one state that, by law, has to pay out unused vacation days, Romer-Friedman said.

But many states don’t have such a rule, he said. Companies might also have their own internal policies and “those kinds of policies may be enforceable under state law, but there’s no guarantee,” he said.